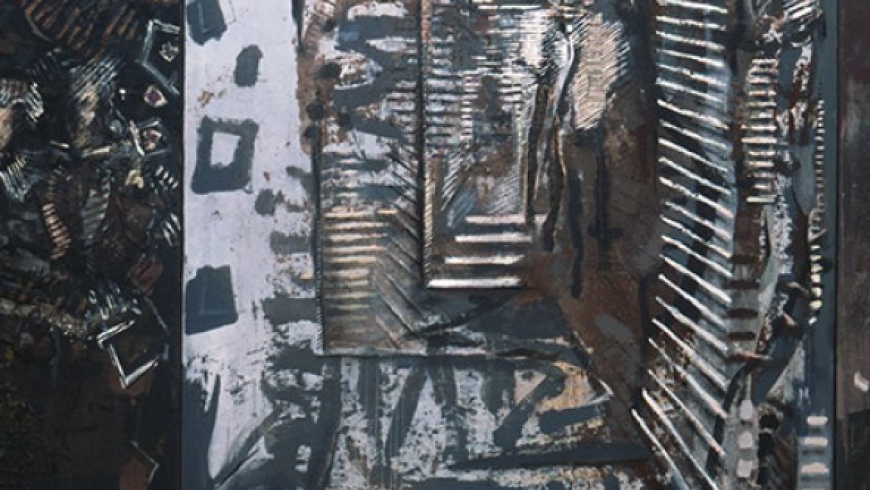 This exhibition, first shown at the Royal Academy, presents a group of recent paintings and drawings executed by Anthony Whishaw which have been inspired largely by Velasquez’s painting ‘Las Meninas’.

‘Las Meninas’ or The Maids of Honour by Diego Velasquez is in the Prado, Madrid and depicts the five year old Infanta Margarita of Spain, her maids of honour, the dwarf Maria Babola and dog and Velazquez himself. The King of Spain and his second wife are reflected in the mirror.

Two of his own paintings of interiors, ‘Interior Triptych’ and ‘Matedero Municipal’ reminded Whishaw of ‘Las Meninas’ and inspired him to explore Velazquez’s painting, the personalities of the figures, their positions in the picture, the mirrors and the doorways.