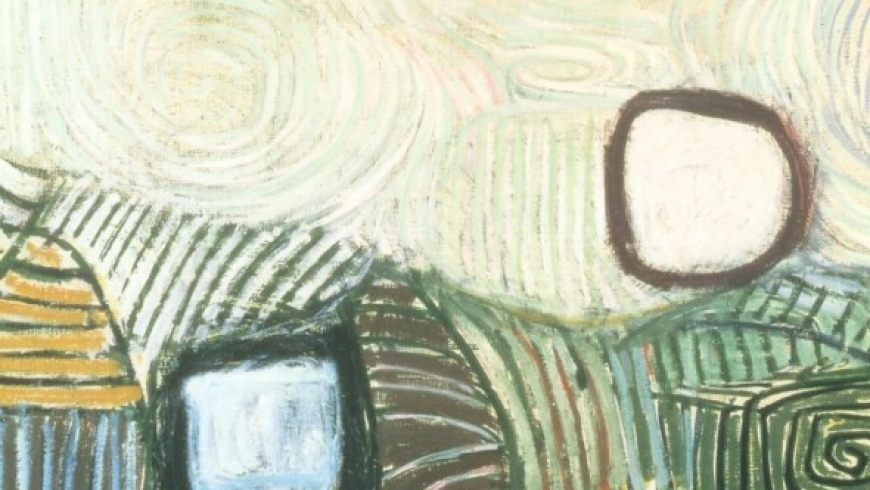 This is the first major presentation of the work of Victor Pasmore since his death in 1998. With more than forty paintings, prints and relief works spanning seven decades, this retrospective includes artworks and archive material from the Tate Collection, supplemented by loans from the artist’s estate, The Arts Council Collection and regional galleries.

Victor Pasmore created two brilliant representations for himself as an artist; initially as one of the most subtle figurative painters of his generation, and later as one of Britain’s leading practitioners of pure abstraction. The exhibition provides a comprehensive overview of Pasmore’s diverse output. It reveals an early traditional, painterly style, characterized by works such as the lyrical interior Lamplight, 1941, and the serene landscape The Quiet River: The Thames at Chiswick, 1943-4, before turning to a more abstract style through collage and Constructivism from the late 1940s. Pasmore’s conversion to abstract art in 1947 shocked the art world and was later described by Herbert Read as ‘the most revolutionary event in post-war British art’.