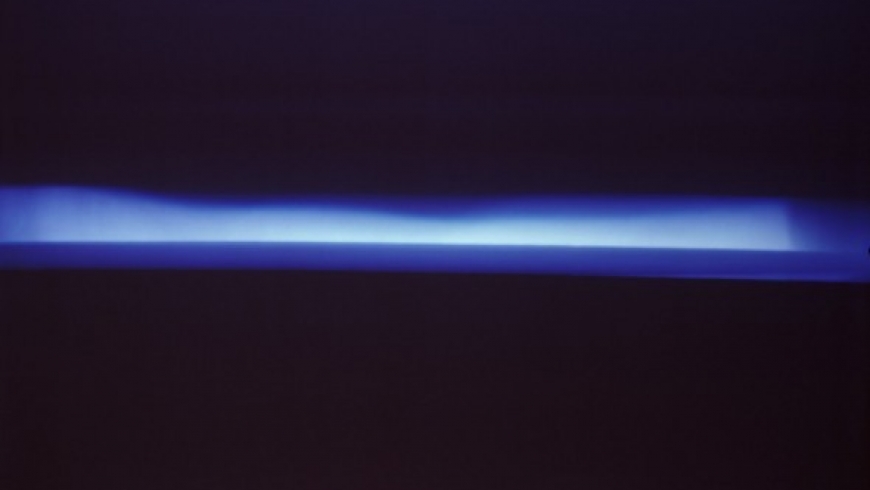 Garry Fabian Miller had a solo exhibition at the Mead Gallery in 1992. Over the years, several of his ‘camera-less photographs’ of natural phenomena have been acquired for the University of Warwick Art Collection. This exhibition examines his more recent photographs.

Central to photography is its relation to the real, its potential – identified by Susan Sontag – to ‘usurp reality’. Much of western philosophy holds that the real transcends description and is that which exists in itself. The real in photography is therefore not so much the reproduction of appearance but the way a photograph becomes the indexical object. Equally, the ‘real’ is applied to modernist painting in terms of the self referencing of its formal values.

For twenty years, the cameraless work of Garry Fabian Miller has occupied its own territory. It is rarely discussed within the context of contemporary photography or indeed of wider contemporary art practice. Commentators concentrate on his use of light, relating it to Turner in whose steps Fabian Miller undertook a residency at Petworth. Other comparisons are made with the American painters of the 1950s, Newman and Rothko, in the way that their works demand attention from the viewer. This exhibition interrogates the work of Garry Fabian Miller within the context of contemporary ideas and practice.

It presents a significant body of work by Fabian Miller and seeks to explore its development. Essential to his practice is the process of extending and developing an image by means of quite small changes, resulting in a body of work that is a series – variations held within a particular theme. In ‘The Originality of the Avant Garde’, Rosalind Krauss argues that repetition is crucial to originality. ‘In developing a template, the paradox of how to be original again and again is solved.’ The processes involved in the development of the work create a language in which they refer to nothing but themselves, rather than statements about things outside the work. Process is the only thing that is ‘represented’ in the work, in itself it is something else – something real.

In making work that appears to subordinate artistic gestures to the process of light crossing film, the relationship of the work to the viewer invites a negotiation of absolute truths rather than everyday concerns. Perhaps it is here that there is a residual unease regarding Fabian Miller’s work. The positioning of the viewer in the face of images drawn from nature and constructed from light can raise notions of evangelicism with the knowledge of the artist’s Christian faith. Critics have dwelled on the relationship of the intense beauty to the ‘mystery’ of the work. However, the bright white cubes of the Mead Gallery and its history of exhibitions of abstract painting, here create a different context for these works, a contemplation of wholly abstract forms created in a medium known for its imprint of figures, objects and places.

Gary Fabian Miller’s work has been seen quite widely over the past five years or so: in commercial and public galleries in one person and group exhibitions, and most particularly as the result of the Petworth House residency in 2000. This exhibition comes at a time when a major monograph is being published by Merrill, and the artist will be curating works from the photographic collection at the V&A to coincide with its launch in 2005.

The exhibition includes the following series of work: