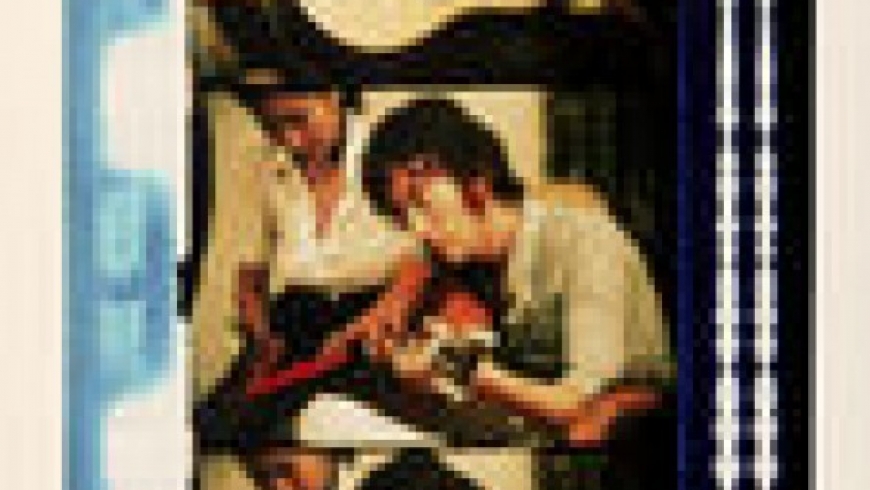 “In this exhibition, as in my work in general, I am concerned with the discovery and celebration of small, insignificant, personal, moments of our life, my life, life of my family, my close friends; joys, celebrations, being together, small daily events, feelings, emotions, friendships. I consider that there is too much attention given today in the arts to dramatic, big events, themes, actions, exceptional situations, dramatizations, psychological and other perversions – all at the expense of what I consider is really important to the deeper, subtle, invisible events of our existence that make us what we are.”
Jonas Mekas

Jonas Mekas was born in 1922 in Semeiskiai, Lithuania. He currently lives and works in New York. In 1944, Jonas Mekas and his brother Adolfas were taken by the Nazis and imprisoned for eight months in a forced labour camp in Nazi Germany. After the war, in 1946-48, he studied philosophy at the University of Maintz and at the end of 1949 emigrated with his brother to the U.S., settling in Williamsburg, Brooklyn in New York. Two weeks after arrival, he borrowed the money to buy his first Bolex 16-mm camera and began to record moments of his life. He discovered avant-garde film at the venues such as Amos Vogel’s pioneering “Cinema 16” and began screening his own films in 1953. He has been one of the leading figures of American avant-garde filmmaking or the “ New American Cinema” as he dubbed it in the late 50s, playing various roles: In 1968 Mekas began writing his “Movie Journal” column for the “Village Voice”. In 1962 he co-founded the Film-Makers’ Cooperative (FMC) and the Filmmakers’ Cinematheque in 1964, which eventually grew into Anthology Film Archives, one of the world’s largest and most important repositories of avant-garde films.

Despite the autobiographical and personal nature of his work, Mekas was also an important chronicler of the New York art world in the 60’s and 70’s. His films contain invaluable documentation of this period’s avant-garde, featuring figures such as Andy Warhol, Jackie Kennedy, John Lennon and Yoko Ono, Allen Ginsberg, Lou Reed, and The Velvet Underground. Many of these films will receive a rare screening during the exhibition.

Jonas Mekas has exhibited extensively throughout the world, including Jeu de Paume, Paris, Metropolitan Museum of Photography, Tokyo and Documenta 11. ‘As I Was Moving Ahead, Occasionally I Saw Brief Glimpses of Beauty’ was one of the best received works at the Venice Biennale of 2005. This four-and-half hour film took a decade to complete and is randomly edited from films made since Jonas Mekas first got married in 1970. Documenting his life with his family and friends over a period of 30 years, it is an intensley intimate and moving film celebrating the precious things in life.

Now, all of this has to do with my understanding of what acts really affect the positive changes in man, society, humanity. I am interested in recording the subtle, almost invisible acts, experiences, feelings, as opposed to the tough, harsh, loud, violent activities and political actions, and especially, political systems of our time.

As a filmmaker, I am taking a stand for the politics that have been practiced by some of the artists of my generation who believe that more essential, positive contributions to the upholding and furthering of the best in humanity, have been made, say, by John Cage or Albert Camus, and not by great political figures of the 20th century.

The film is not conceived as a documentary film, however. It follows a tradition established by modern film poets. I am interested in intensifying the fleeting moments of reality by a personal way of filming and structuring my material. A lot of importance is being given to colour movement, rhythm and structure – all very important to the subject matter I am pursuing. I have spent many years developing and perfecting a way of catching the immediacy without interfering with it, without destroying it. I believe that some of the content that I am trying to record with my camera and share with others, can be caught only very indirectly through the intensity of personal involvement.

*Award Presentation to Andy Warhol *
1964, 16mm film, 12 min
The film documents Mekas giving Warhol the Film Culture Independent Film Award, set to the music of The Supremes. Jonas Mekas noted, “In 1964 Film Culture magazine chose Andy Warhol for its annual Independent Film award. The plan was to show some of Andy’s films and have Andy come on stage and hand him the award. Andy said, no, he didn’t want a public presentation. So I decided to hand him the award at The Factory, film the occasion, and show the film at the Award Presentation show at the New Yorker Theatre.” With: Gregory Battcock, Baby Jane Holzer, Kenneth King, Gerard Malanga, Ivy Nicholson, Naomi Levine, Gregory Markopoulos, Jonas Mekas, Andy Warhol, et al. Music: The Supremes.

Zefiro Torna or Scenes from the Life of George Maciunas
1992, 16mm film, 34 min.
“Includes footage I took of George in 1952 at his parents’ house, with his father, mother and sister Nijole, fragments of Fluxus performancers, picnics with friends (Almus, Warhol, Lennon, Yoko Ono, etc.), George’s wedding and footage I took of him in Boston Hospital three days before his death. The soundtrack includes Monteverdi, and myself reading from my diaries written during the last ten months of George’s life.”