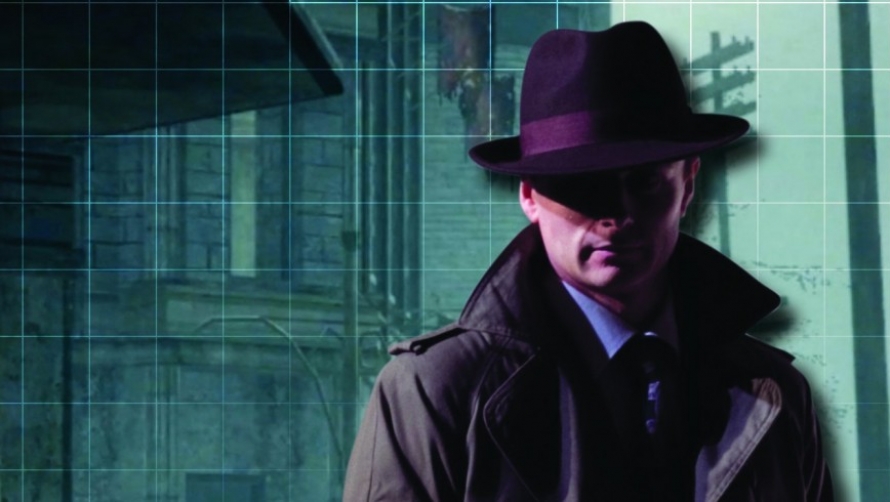 Andrew Quick, director of cinema/theatre fusion piece The Zero Hour answers a few quick questions about the production and his company, imitating the dog.

Who are imitating the dog?

Imitating the dog is a theatre company based in Leeds that makes original performance works that experiment with narrative and theatrical form. Although often innovative the company aims to make work that is accessible and the themes in the pieces often circulate around questions of history, personal guilt and how individuals take and avoid responsibility in difficult circumstances – the usual stuff of fiction, if you like. Since 2000 the company have used digital film and projection and the performance works often examine cinematic form in the context of theatre. One of the questions that haunts all our work is how film is so dominant in our culture today.

We’ve been going since 1998 and there’s a core creative team of three and we work with a larger ensemble of performers.

How would you define an imitating the dog theatre production?

I think all our performances have looked at the darker sides of life, so the work has not been afraid to deal with some serious ideas. However, there is a humour to the work as well and this is important to us – a kind of wit in the way we tell stories and the ways in which we find ways to engage with filmic conventions in theatrical forms. We have a reputation for producing stunning scenography and we are committed to experimenting with technologies to create extraordinary worlds for our characters to live in. Both shows that are touring at the moment have ambition – they really take the space of the theatre on and attempt to produce a really memorable experience for the audience. Six Degrees Below the Horizon is lighter in tone that The Zero Hour but they have a sense of scale and beauty that I’m proud of and you don’t see this often in the theatre today.

Why do you explore dark obessions in people’s lives?

Because that’s where the really good stories hang out. I suppose we’ve always been interested in the people who have difficult decisions to make, who are in some extreme situation like a city in the midst of civil war, a man who wakes up one morning and believes he has a life that he’s never really had. These sound extreme but we recently performed one of our earlier works Hotel Methuselah in Beirut and what seemed like an extraordinary situation to us was an everyday experience for some of that audience and I was touched by the personal responses the piece got in that city. I suppose we want to make work that moves people, that touches them and the darker more obsessional side of life is often emotional. In Six Degrees, for example, we tell the story of a father trying to justify to his daughter, who he has never seen before, why he abandoned her as a child and this is told on his deathbed. It is a serious story but we tell it by allowing the audience to fall into French film full of sailors and bar singers and this is a playful juxtaposition with the overarching storyline. The Zero Hour is set in the dying days of World War Two and looks a set of relationships that play put across a number of versions of different historical outcomes – you know, like if Germany had one the War, or Russia attacked the Americans and the British. Once again this is seen through the lens, quite literally, of a Chinese film director who is making a movie about this moment in European history. It’s a playful way to engage with the material and allows us to take some liberties with the facts, a bit like science fiction.

In these difficult times for the arts why have you decided to tour two new productions at the same time?
(The company are also touring their new play 6 Degrees below the horizon)

Well, we originally intended to make work for different scales of theatres – a large scale and a smaller scale work that complemented each other. I think we got the latter bit right but both pieces are quite large scale in the end. We have a problem in thinking small as a company. Yes, it’s going to be difficult to tour both pieces because they are so different but the bookings are coming in and I think both will do well overseas and we do a lot outside the UK now. But I think both shows are going to do well here but we might be touring them over a long period of time. This does create challenges for us a company– how to sustain ourselves. It’s a difficult time out there for all theatre makers at the moment.

Can you tell me about The Zero Hour?

The show is set in the days either side of the end of World War Two. It tells the story of a set of couples across different versions of historical events that might have been possible – so we have one version in which the Germans are the victors, now working with the British, still at war with the USA and still at war with what’s left of Russia. The whole story is framed by the device of a Chinese film director who, with his crew, are making a film and we see the film being constructed before us. We use the back projection screen as the backdrops to the scenes, a bit like old movies, and we move very quickly from one location to the other to build up the story. The action is repeatedly cut and we got very interested in this repeated cutting – seeing it a bit like how we use history to construct the past, different pasts, for ourselves. It’s playful but also quite philosophical in some ways and has some beautifully emotional scenes.

How difficult was it for the cast to perform the play in 5 different languages?

It’s not easy but they do a great job. The German was easier, I think for everyone but the Russian was tough. They learned it phonetically. Don’t worry, all the foreign language sections are subtitled, like a foreign film.

What do you think is the future for middle scale experimental theatre productions?

I think the future is what we make of it – a bit like one of the themes in the work. I mean, there is an audience for the kind of work we make and people love inventive theatre. We worked with Oldham Coliseum on a version of The Hound of the Baskervilles and it was great to reach the kind of audiences that came to performances in large numbers, who seemed to like the ways in which the story was told. Our approach demanding in terms of scale, technology and event the size of the cast so there are challenges in terms of funding. But it’s what we do and we will carry on doing until there is not the support anymore.

What is next for imitating the dog?

We have been working on some architectural mapping projects that use live performance and we are developing some pieces with this in mind. We are in the process of developing a new work and I think we will take on a really well known story– a film or a novel, or even a play. I think we are ready.