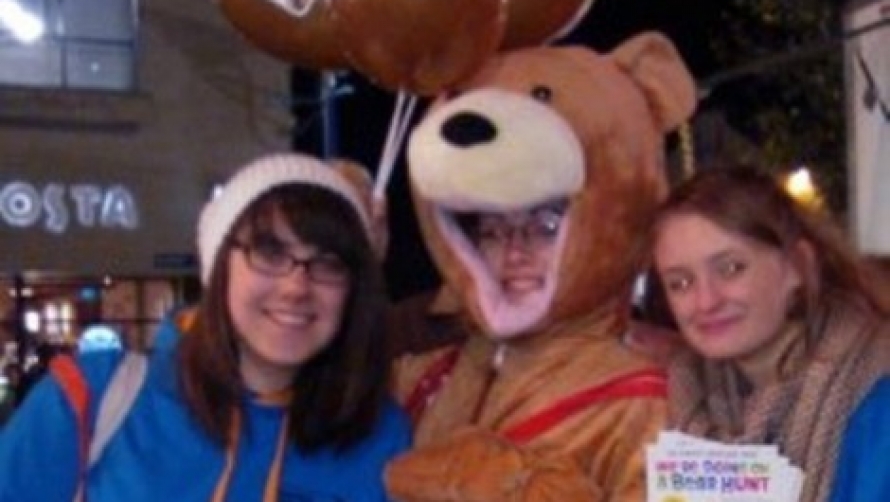 Welcome to a shiny new season of events for all you campus thesps, music maestros and dance-lovers!

So begins another term of nose-to-the-grindstone at Warwick Uni and another season of cultural pick-me-ups at the Arts Centre. The STARs team have already been out in full force braving colds, snow and essay deadlines to bring you the best deals, promotions and reviews at the arts hub within the bubble. Like a bunch of excitable Ribena berries, STARs can be found in rather fetching blue hoodies, filming your opinions on shows, and letting you know how to get involved in upcoming events. Here’s a round-robin of our antics last term, and a bit of a “spring-watch” of what’s coming up in 2013.

Cast your minds back to November, and Medea – STARs were out spreading the word for Headlong’s radical re-imagining of Euripides’ drama. By relocating the (spoiler alert!) child-killing mother to modern English suburbia, writer-director Mike Bartlett brought charm and humour to Euripides’ great tragedy, making it an accessible and engaging piece even if the classics are all Greek to you. So, how do you solve a problem like Medea? Well, STARs were out spreading the word all week before the shows, which drew in big crowds and some fiery audience responses. Harley wrote a glowing review of the show for the STARs blog, concluding that ‘this story of a heartbroken woman still resonates in the modern world’.

As ever, theatre was just the tip of the cultural iceberg last term. On top of the film, classical music and comedy, Warwick Arts Centre played host to some truly impressive dance. Never a venue to shy away from controversy, (who could forget the face-full of unmentionables we all received in Un Peu de Tendresse…?) Warwick treated us to Vincent Dance Theatre’s Motherland, an exploration of gender and motherhood in which, as STAR Laura Bird put it, ‘the vagina literally takes centre stage’. STARs had a great time promoting the show by sculpting some fruity installations around campus, inspired by the nature-abundant posters.

It’s hard to remember amidst all the essays and broken new year’s resolutions, but believe it or not Christmas was a mere month ago! STARs helped decorate the Arts Centre’s very own Christmas tree, and stuck around to bring a bit of festive cheer to visiting families. Last Christmas we had tigers, this year it was bears (oh my!). Warwick presented We’re Going on a Bear Hunt, and of course we couldn’t resist dressing up for the occasion. STARs set children their very own bear hunt challenge, hiding teddy bears all around the Arts Centre to be spotted and noted down. As a Mead Gallery steward, I lost count of the number of times anxious parents came in asking “is there a bear in here?”

And now, onwards and upwards: we’re all scheduled in and committed to helping with your experience at the Arts Centre this term. First off, we’d like to encourage you to get down to the Mead Gallery to see the new Workplace exhibit – you can take your own work (or even lunch) in with you! As well as featuring international artists’ workplace-themed films (there’s a vulture in an artist’s studio, and a light-sabre fight between colleagues) the Mead Gallery are inviting YOU to come in and use the space, including two desktop computers, as if it were your very own office. Theatre-wise, we’re also very pleased to welcome back some of our favourite companies such as Cheek by Jowl and Stan’s Cafe as well as seeing some brand new faces – be quick and grab those £5.50 student tickets!

Over and out!
STARS