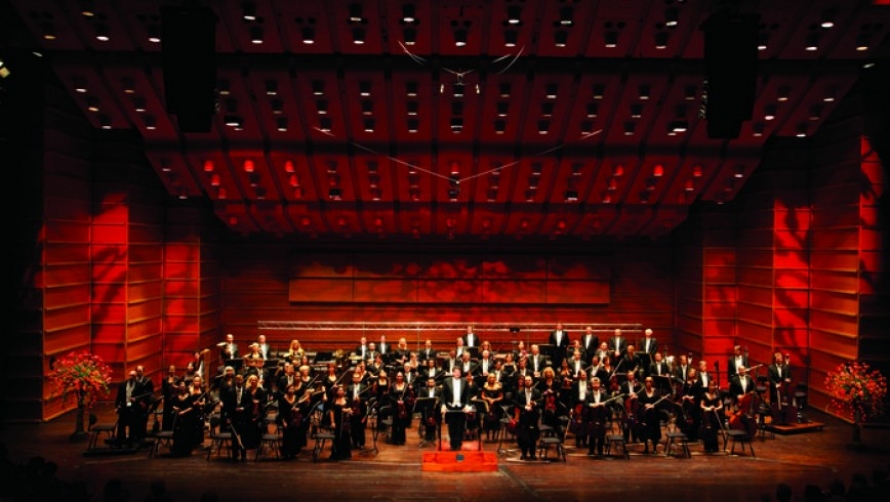 Whether you are a regular classical concert-goer or not, you definitely should have been at Warwick Arts Centre last week to be swept away by Andrew Litton’s Bergen Philharmonic Orchestra.

The first piece, On the Mountain by Delius is a long symphonic poem defined by peaceful and relaxing passages which evokes an idyllic mountainous landscape. However, the audience’s attention is maintained by sharp contrasts; we are lulled into a romantic atmosphere by gentle and soft violins, and then dragged into a menacing score defined by dark and sombre cellos, double basses and energetic percussion.

The second piece, the Piano Concerto by Norwegian composer Grieg, featured Norway’s piano virtuoso Christian Ihle Hadland playing elegantly and with passion. The piano blended in gracefully with the orchestra at times, but also stood out in dazzling crescendos which convey all of Grieg’s lyricism.

The concert continued with a piece by Strauss, Ein Heldenleben (A Hero’s Life), an impressive Romantic piece which narrates the story of an imaginary Hero. The first part portrays his multi-faceted personality through the wide range and number of instruments used and the following five pieces tell the story of the Hero’s hardships, reflected by noisy and disorderly battle music which culminates in a harmonious and collected piece with the English horn, symbolising his new-found peace.

The orchestra and its director were warmly applauded by the audience and they treated us to two encores; Touch her Soft Lips and part by William Walton and Benjamin Britten’s Tarantella.

The Concert Series offered by Warwick Arts Centre are a great way for students to get involved in classical music and approach a world perhaps yet unknown to you but which has many exciting moments to be discovered. Don’t miss the next concert, the Polish National Symphony Orchestra on Tue 26 Feb.