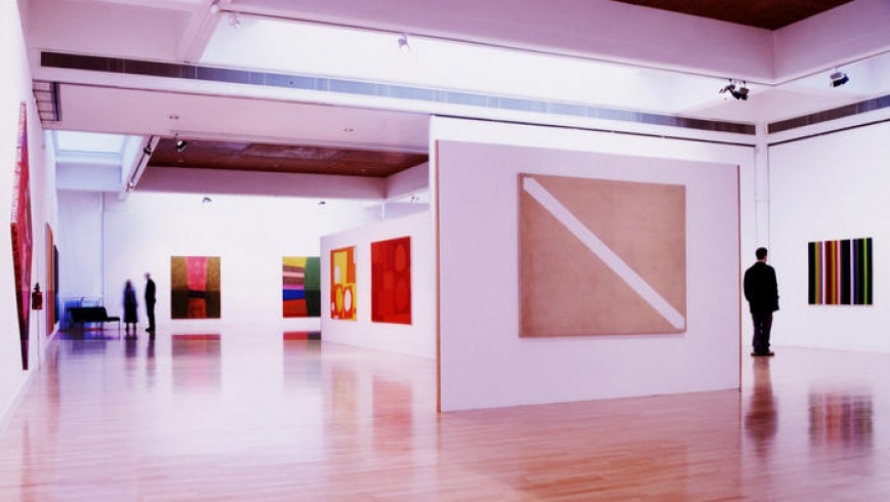 Made a swift visit to Belfast in March, fortunately before the snow arrived and George Best airport closed. It was cold but the Mountains of Mourne were lilac in the sun. It was a chance to rush round the city’s galleries, starting at the Linen Hall Library, simply because it is such a beautiful building with its tiled stairs and wooden panelling. Then round to Place Gallery where architecture students had proposed projects for Galway that grew inventively from fragments of redundant built environment. The results were inherently sculptural, particularly a bridge like a spinal cord.

Round the corner to a warm welcome at Queen Street studios and Platform Gallery where Caroline McCusker had imbued domestic space with a sense of a dark, somewhat threatening performance. Then backtracking to Catalyst Arts with its focus on Belfast’s Family Festival and an installation that invited people to stay and play games, invent new ones and hang out together. On to Belfast Printmakers and a very good show of student work showing a lot of originality and experimentation.

The Photography Gallery was installing its new show so there was a chance for a quick breather at the MAC. I’d not been there before so was less interested in the Warhol exhibition and far more excited by the huge glass doors to the galleries that slid into invisible slots in the wall as you approached and the Common Room – a space to sit, write and reflect.

A bit of dicing with death across the dual carriageway and into the Golden Thread Gallery and really, the exhibition I enjoyed most. Curated by Miguel Amado, Imagined Communities interrogated ideas about nationalism. Undoubtedly, the most compelling work was by Colin Darke. He had created a green flag from green apples, placed in neat rows on the floor. Branded into each apple was a word, some of which leapt out at you, like “woman”, “Hindi”, “oppression”, “blood”, “shamrock”. You had to work to read the text and in the end, a gallery assistant gave me a copy so that I could sit and read it straight through. It was a hugely eloquent and poetic letter from James Connolly, published in 1916, deploring the nationalist rhetoric that was used enticed young Irishmen to fight in the Great War. The scent of fermenting and rotting apples added to its poignancy.

Finally, down to the magnificent Ulster Museum for the last incarnation of the exhibition of the works from the Government Art Collection. This time, it was the smaller works that caught my attention – a beautiful little painting by David Bomberg and two works by Sickert. Maybe it’s the lack of spring but there is something about the mimosa yellow in these works that gladdens the heart.