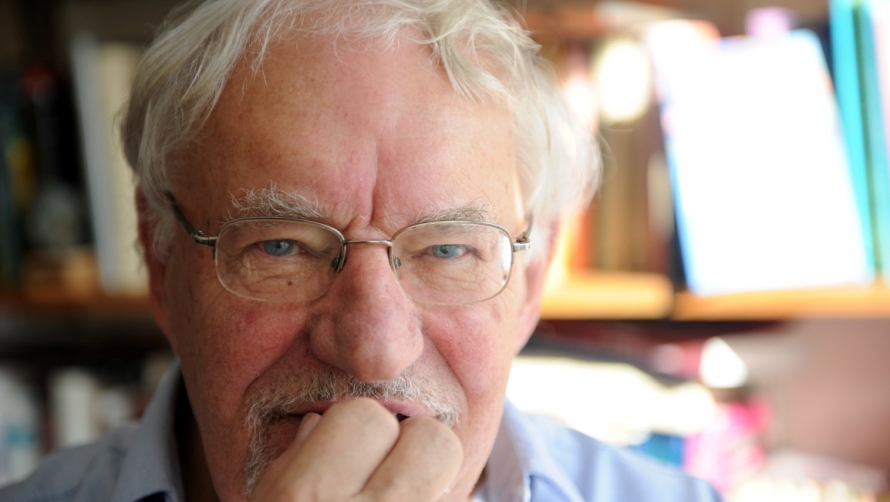 Theatre critic and journalist Matt Trueman has joined Warwick Arts Centre’s Associate Producers China Plate and five contemporary artists on the latest This_Is_Tomorrow residency at the University of Warwick. Here’s his fascinating and comprehensive blog about day one, where the group spend time in the company of Warwick’s Physics Department:

“The applause starts and, almost instantly, eight brains realise they’re exhausted. Oliver Sacks has been speaking – elegantly, wittily, earnestly – for an hour. Beforehand, there’d been a third-year university physics lecture and, before that, a series of meetings with research physicists during which fusion, fission, flocking and fracking swirled around in conversation for six hours. Phew doesn’t even come close.

“They’re a tribe, physicists. They wear thick, baggy jumpers and colourful shirts. They have very hearty laughs and dishevelled hair. They all talk about their work – and, more specifically, the reasons for doing it – in near identical terms: beauty – more of which later – and necessity. The mentality is often – to use Sacks’ phrase about writing his first book – “Some bugger’s got to do it and I realised that bugger was me.” But looking around Prof. Sandra Chapman’s lecture theatre, I realise that we’re a tribe too. We are six artists (Alecky Blythe, Chris Goode, Charlotte Vincent, Robin Rimbaud and Michelle Browne), two producers (Paul Warwick and Ed Collier of China Plate) and one critic (me). We stick out from the students: better kempt, more asymmetric and quite obviously baffled by the equation that stretches across some 25 metres of blackboard at the back of the stage. To us, the blackboard itself is rather pleasing; it glides up and down with a mechanical whir. Chalk clackers across its surface and familiar but alien symbols come to life, if not understanding…”