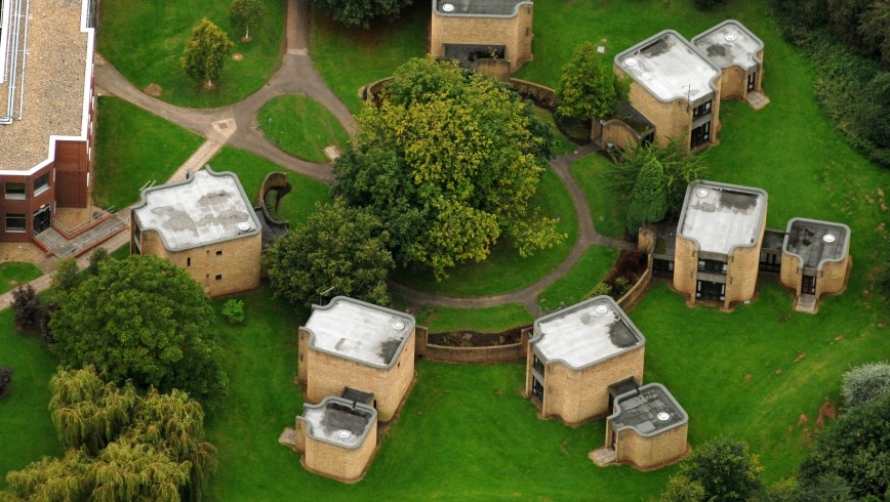 Having survived four rigorous days in various departments of the University of Warwick, Matt Trueman spends his final day of the This_Is_Tomorrow residency in the Maths Department, and discovers a safe haven for some of the university’s busiest thinkers.

“After yesterday’s musings on the importance of reflexivity, Maths starts with a perfect demonstration. Head of department Prof. Colin Sparrow – imagine a dry, jovial Alfred Hitchcock – starts us off with a lecture entitled What Is a Maths Department? In it, he details the currents in which they swim: the financial ins and outs, the institutional politics across the university, the impact of higher education policy and tuition fees and so on, and the cross-departmental research efforts.

“So what is a maths department? It’s simultaneously a school, a research institute and a hotel and catering service. It’s one of the university’s top departments and a profit-making enterprise. (That profit, Sparrow explains with a gag: Maths is cheap because all you need is a pencil, some paper and a waste paper basket. Sociology’s cheaper. You only need a pencil and paper.)

“But it’s also something else. Care in the Community, as Sparrow jokingly puts it. “Looking after this group of people would be more expensive in any other way,” he says. His voices – snail slow and deep – could have been designed for this parched humour and his off-the-cuff gags leave a giddy group of over-tired artists falling about. Sparrow describes part of his role as the troll at the bridge, standing guard at the gates, determinedly not letting the university know what’s going on within and, likewise, not letting those within be affected by whatever’s outside. A maths department, says Sparrow, is “a world largely of our own creation. We entertain ourselves.”

“This is, I think, what stays with us all on a rainy Friday; the space, and this goes beyond its physical make-up, that the maths department has opened up. There is something deeply affecting about its spirit. It feels borderline utopian…”

Read more about This_Is_Tomorrow in the Maths department over on Matt’s blog.