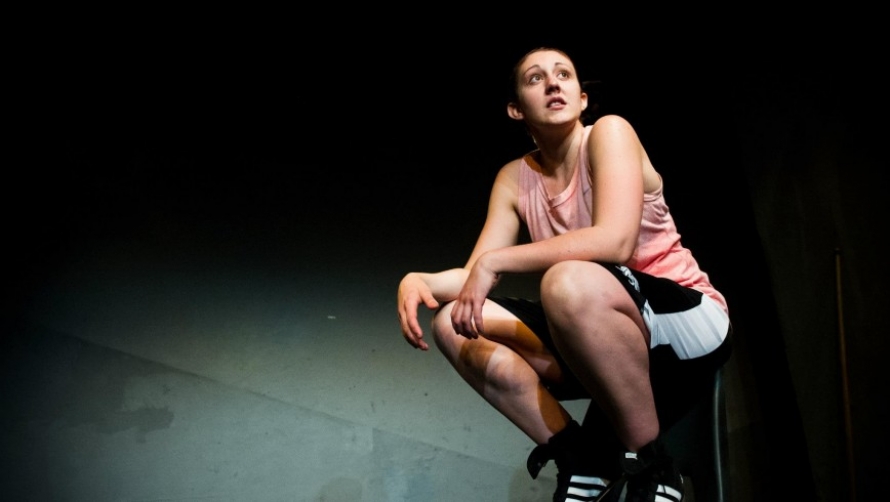 There’s something incredibly vulnerable about a single person on an almost empty stage. Indeed, as the lights come up on Charlotte Josephine as boxer Chloe, any audience member could be fooled into believing that vulnerability. Until the performance begins. From the second Chloe begins to speak, Bitch Boxer is sharp, fast-paced and energetic, her whole presence filling the space as the audience are drawn in by her down-to-earth attitude on life, love and boxing.

Faced with every day troubles in an every day world, Chloe is a character you can’t help but be taken in by as she takes you on a rollercoaster ride through the ups and downs of her life. Throughout the laugh-out-loud moments (of which there were many) and the more sombre, I believed every word of the almost poetic speech, which was as deliberate and eloquent as a Shakespeare soliloquy, with the inescapable pulse, rhythm and musicality of contemporary rap. Through the use of voiceovers, music and a plethora of characters voiced by Charlotte herself, Bitch Boxer created a world inside the Arts Centre studio, a world that really does consist of blood, sweat and tears.

As the opening performance of the (L)one series, one-off solo performances taking place this summer season, Bitch Boxer really does set the standard. Its message is a simple one: “you’ve got to fight for the things you love”, and its heart-warming and uplifting conclusion will leave you feeling positive even after the lights have gone down. This is one you won’t want to miss, especially with the chance to see Charlotte in an On the Couch interview before the show at 6:15pm in the theatre bar. If one thing is clear from this performance, it’s that even a (L)one performer can ‘pack a punch’, and I can only anticipate great things from our other solo performers in the weeks to come!

(L)one is a one-off series of solo performances, running throughout the summer season. Click here to find out more.