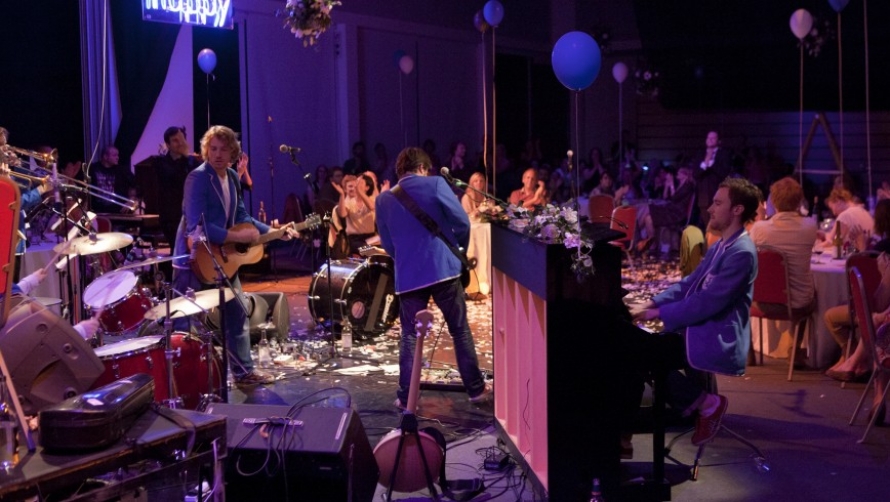 After a quiet Easter break, we hit the ground running as our live programme returned on Sun 21 Apr, and we’ve barely taken pause for breath since! Check out what people have been seeing and saying below!

After a quiet Easter break, we hit the ground running as our live programme returned on Sun 21 Apr, and we’ve barely taken pause for breath since! Check out what people have been seeing and saying below!

We do love a bit of comedy at Warwick Arts Centre, and the first day of the live season saw a foyer full of those in search of fun and laughter, with both Richard Herring and Terry Alderton performing.
TerryAlderton at warwickarts tonight was brilliant – go see! #comedy #freshNatalie Gilbert
The following night, our live music programme got underway with some “transcendent” jazz from Claire Martin and Joe Stilgoe.
Fantastic CMartinjazz and joestilgoe concert at Warwick Arts. Every phrase exquisitely crafted. Transcendent. So glad I went.Jon Payne
There was an evening of folk collaboration and blether from Fence Collective, where James Yorkston, Seamus Fogarty and the Pictish Trail banded together to entertain our studio audience.
pettypretty jamesyorkston pictishtrail seamusfog awesome as usual :) xxx http://pic.twitter.com/CYcxR075b6david petty
Into the weekend and comedy was king again, with Tony Law, Rich Hall and Sean Lock all in the building.
Who’s Laughing Now? “ Blog Archive “ Review: Tony Law – Maximum Nonsense Warwick Arts Centre, April 28th 2013Canadian stand-up Tony Law has resided in England for so long that, by his own admission, his accent can be a little hard to place sometimes. The same could be said of his identity too - after more than an hour of Maximum Nonsense, the audience was no closer to learning who he really is.</div><div>Tony Law fantastic in warwickarts last night. Really, really funny. Too many good acts, too little time.Isaac Leigh
Fab gig last night mrTonyLaw pls come back to warwickarts/ coventry/ field!?? http://pic.twitter.com/zNLEKV0H02sam frith
Just saw Rich Hall at warwick arts centre. The man can rock!Ana Skamarauskas
Brilliant night watching Sean lock warwickarts . #funnyas http://pic.twitter.com/eZdvN8WmbWAndy Oneill</div><div>To add to the mix, there was also a sold-out acoustic show from <b>Matt Cardle</b>, whose loyal fans packed out our theatre and thoroughly enjoyed themselves by all accounts!</div><div>warwickarts Had a fantastic time last night! matt_cardle_uk was amazing! I travelled from Bournemouth to see him and would do it all againClaire O'Hanlon</div><div>Just been to see Matt Cardle again. So amazing at Warwick arts center http://twitpic.com/cmorvkJohn Mechem</div><div>warwickarts Had a great night last night Matt was incredible and the venue was beautiful!! XxKim Secker
Moving into the second week of the programme, and music critic Peter Bacon was impressed by Quercus’ performance on Mon 29 Apr, featuring a collaboration between singer June Tabor, pianist Huw Warren and saxophonist Iain Ballamy.
Concert review: QuercusWarwick Arts Centre, Coventry UK 29-04-2013 Quercus, the three-rooted oak of pianist Huw Warren, singer June Tabor and saxophonist Iain B…
On Tuesday, dance was the focus, as we played host to Rosie Kay Dance Company’s performance of There is Hope, featuring a very special curtain-raiser performance from the students on the performing arts course at North Warwickshire and Hinckley College.
Review On Tour: There is Hope – A Younger TheatrePosted on 02 May 2013 Written by Hannah Tookey Rosie Kay’s latest work, There Is Hope, is intelligent, thoughtful, soothing and provocative. A deliberate use of set and visual imagery throughout the performance, alongside strong musicality, all serve to express the power of thought behind the movement on stage.
Fab ‘There is Hope’ performance warwickarts tonight - special big up to mappage and co for the brilliant music.Elizabeth Ralls
Just back from Rosie Kay’s ‘There is hope ‘ at Warwick Arts Centre. Lots going on. Great to have live music.Ana Barbour
This week also saw the culmination of three weeks worth of memory collecting in Coventry city centre by Invisible Flock. After receiving over 500 memories, they turned them into a fantastic live show called Bring the Happy, featuring live music from the band Hope & Social. A unique show, created specially for us – what a wonderful thought! It certainly made our audiences very happy indeed!
Very happy after invisibleflock warwickarts great show so inspiring ,plus I got to play a kazzoo ! #bringthehappyRachael Griffin
If you’re near warwickarts tonight, go see invisibleflock ‘s #bringthehappy It makes sunshine come out of your ears. Honest.Catherine Mitchell
Very happy after invisibleflock warwickarts great show so inspiring ,plus I got to play a kazzoo ! #bringthehappyRachael Griffin
Amazing night at invisibleflock's #bringthehappy warwickarts.Things that are important: family, friends, home, love, nature, celebration.Dr Lauren J Thompson
We were also busy over the last two weeks launching our special one-off series of solo performances called (L)one. We’ve had so many comments from the series so far that we can’t fit them all in here! We’ll be creating a special Storify encompassing the first half of the season next week, so if you’ve been to see any (L)one performances, let us know what you thought!