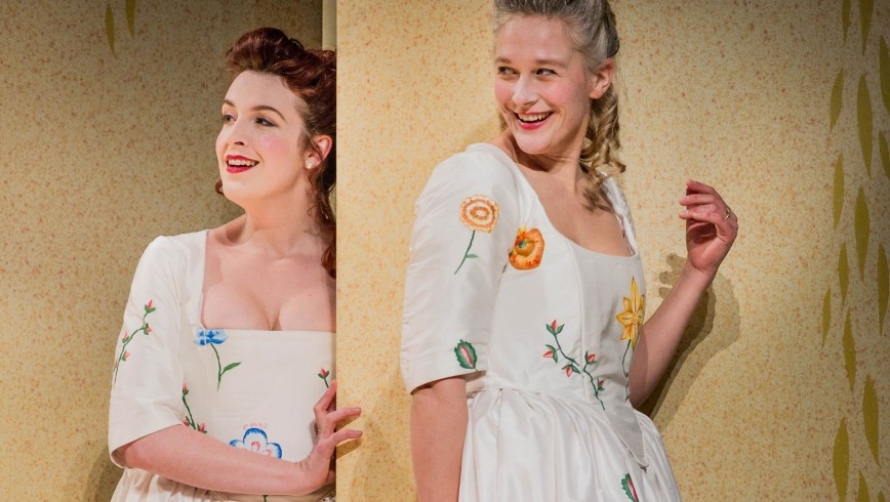 As the opening performance in the series of ETO performances at Warwick Arts Centre, Cosi fan tutte presents a brilliant harmony between the talented orchestra and the gifted performers. Mozart’s enchanting music and the beautiful voices of the six characters on stage manage to engulf the audience into the melodramatic play of the young lovers.

Seeing them play hide and seek in the opening scene of the performance, one is immediately charmed by their innocent play and evident naivety. At first the love between the two couples seems so powerful that nothing can break it but, as the wise Alfonso states, it is in human nature to be unfaithful. Of course the naïve boys laugh at his suggestion that their beloveds may betray them and are bold (or foolish) enough to agree on a bet – or rather, a dangerous game conducted by Alfonso and the sly maid Despina.

The two men, instructed by Alfonso, pretend to leave for military service, but instead dress up as foreigners and come to their beloveds’ home in an attempt to weaken their virtues. However, the women are devastated after their lovers leave and persistently reject the foreigners’ advances. The two men are triumphant that their beloved women have proved their fidelity, but again the wise Alfonso reminds them that they are just beginning their game and there is still time to show them that the two women are unfaithful. Will the experienced Alfonso and the clever Despina succeed in proving the unfaithful nature of women?

Cosi fan tutte explores the fickle nature of love and suggests that infidelity is “common sense and human nature”. As Alfonso sarcastically remarks “Are they goddesses or women?”, the conceit of this fun and light-hearted opera is how predictable people can be as they respond to newly felt emotions – sometimes changing their lovers rather quickly!

Tickets are still available for Cosi fan tutte on Thur 9 May, Simon Boccanegra on Fri 10 May and The Siege of Calais on Sat 11 May.