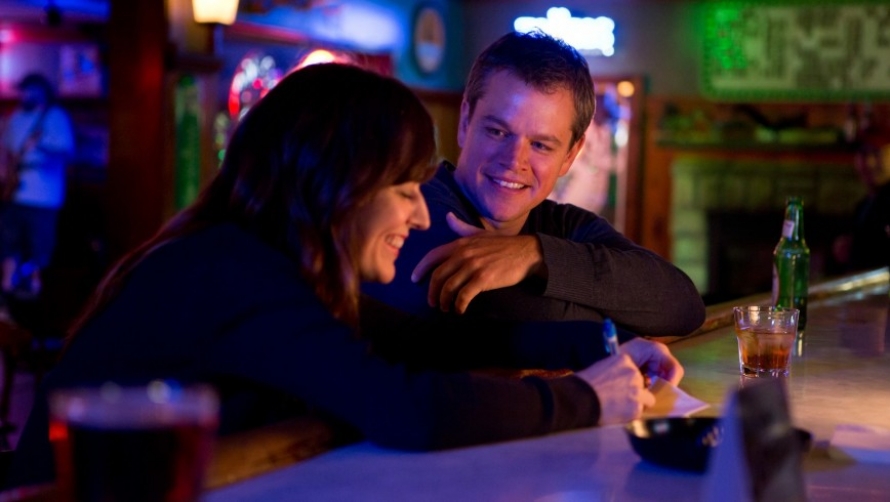 Hydraulic fracturing, or ‘fracking’ does not seem like the most exciting subject matter for a film, but this engaging contemporary drama from Oscar-nominated director Gus Van Sant allows us a fascinating insight into the clash between small-town American life and huge corporate machines, while shedding light on the current polemical natural gas debate. Promised Land sees Van Sant reunite with his Good Will Hunting star Matt Damon, who as well as giving a compelling and nuanced central performance, also shares a screen-writing and producing credit with co-star John Krasinski.

Damon plays Steve Butler, a successful corporate energy executive sent with his partner Sue (Frances McDormand) to a rural Pennsylvania farming town. On arrival, they attempt to persuade local residents to lease the drilling rights of their land to their employer, Global Crosspower Solutions, for large financial incentives. Butler advocates the offer as the only realistic chance of survival for a town in the depths of economic decline, but soon finds himself locked in battle with charismatic eco-warrior Dustin Noble (Krasinski), both for the minds of the townsfolk and the heart of schoolteacher Alice (Rosemarie Dewitt).

The film is packed with strong performances that provide a relatable human perspective to the controversial issue. Damon is perfect as the All-American guy from small-town roots whose success in the corporate world is increasingly plagued by self-doubt and ethical concerns. Krasinski’s turn as Damon’s antagonist is also worth praise, and the two rivals’ abrasive encounters are entertaining and reliably witty. A final mention goes to a perhaps underused Frances McDormand, who gives a convincing and scene-stealing supporting turn as a hard-working mother trying her best for her son, while struggling under the heavy demands of her job.

Promised Land is a powerful, contemporary fable of moral conflict and responsibility. Despite its anti-corporate message and voicing of environmental issues, it does not come across as sanctimonious or insincere, largely down to an intelligent script and a host of earnest and endearing performances. These remain at the heart of the film throughout, and make it an entertaining and worthwhile watch, no matter what side of the ‘fracking’ debate you align with.

Promised Land is at Warwick Arts Centre until Wed 15 May.