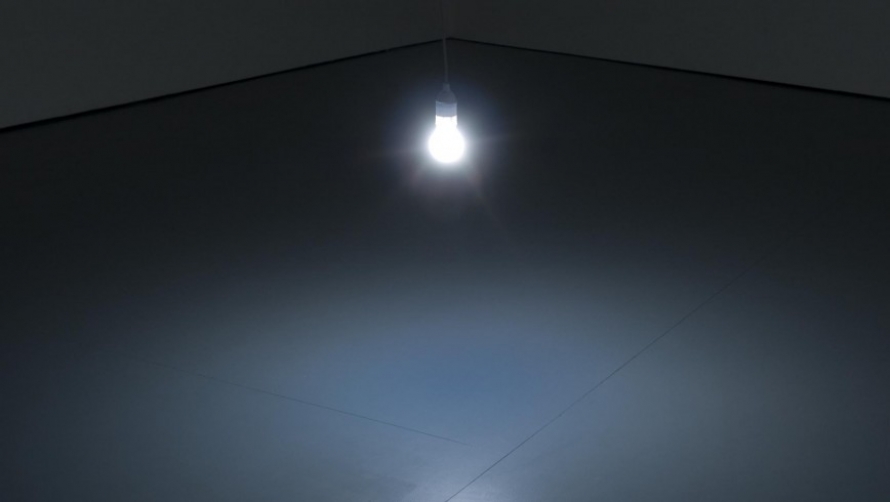 Katie Paterson’s exhibition In Another Time has presented me with a genre of art which I have never come across before – the relationship between art and science.

Had you told me a couple of months ago that an artist has the ability to communicate scientific ideas, I would have laughed hysterically. As an arts student at the University, I fully believe that art and literature can express ideas and feelings which science cannot, but I have never thought that it could express science itself.

The artist Katie Paterson certainly proved me wrong. Not only have I had the opportunity to experience her work close up, but being a steward in the Mead Gallery I essentially live alongside the art.

The first room of her exhibition, a dark, cavernous and echoing space, contains two items which immediately summon attention: a grand piano and a single light bulb. Two very ordinary things which may seem like nothing special at first sight, however, the science behind the works is incredibly innovative and inspiring.

The light bulb effervesces the exact wavelengths of moonlight itself, lighting the room hauntingly, and the self-playing grand piano fittingly plays Beethoven’s Moonlight Sonata. Again though, this piece requires another look – anyone who is familiar with the sonata would recognise that some of the notes are missing or distorted. The reason for this is that Paterson converted the composition into Morse code, bounced the resulting notes off of the moon, and then converted what was left back into a musical piece. As a result, when I am sat in that dark room sometimes, I feel as if I am in space itself.

The exhibition’s second room, although perhaps not as striking at the first, contains scientific works which are pumped full of emotion and feeling; Paterson portrays a side of her artwork which pure science itself could not. Thousands of 35mm slides displaying darkness encourage the visitor to find the light-scattered pictures in the never-ending collection and consider this eternal unknown, and recordings of the movement of a glacier give the landscape an almost-human quality, by providing it with a voice and a life.

What I find most impressive is Paterson’s work on the deaths of stars. Again she gives them a human-like presence; her letters to a professor of science expressing her condolences for the deaths of individual stars gives them unique personalities when sorrow is expressed for each one. However, the fact that the stars are only given numbers as names, and as individuals are just one of 27,000 stars she has mapped onto an etching, the visitor is reminded of their insignificance in the greater scheme of things, quite like the human life itself.

When a visitor leaves the Mead Gallery a doorbell is triggered, creating the sound a star makes when it dies and leaving a lasting impression on those who exit. It makes one realise that science can be emotive, even if expressed in a slightly different way to the norm.
Sian Elvin – Mead Gallery Steward