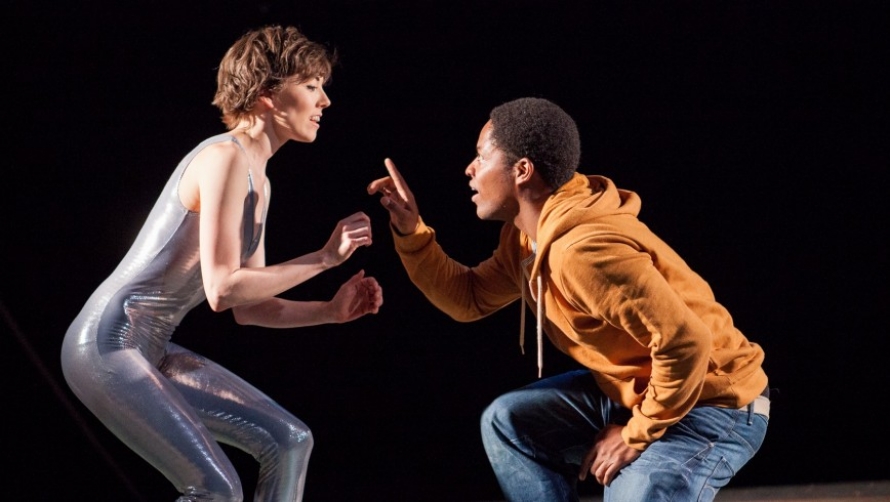 The idea of Complicite tackling a children’s show is an intriguing concept. Known for their spectacular theatrical staging of shows such as A Disappearing Number and The Master and the Margarita, would Lionboy, their first show aimed at children, reach the same heights of their previous work? Judging by the excited buzz following their first show in Warwick Arts Centre on Tuesday, the answer is a resounding yes.

The show, based on the series of books by Zizou Corder, follows the travels of Charlie Ashanti, a young boy who returns home one day to discover that his parents – both brilliant scientists – have disappeared. He sets out to find them, tracked by the sinister Corporacy and aided by a variety of friends – most notably cats and the lions he meets on a circus ship heading to France. Charlie can speak cat, you see, a talent which marks him out within the circus as the titular ‘Lionboy’.

It is a joyous, entertaining show and the cast of eight are uniformly strong. As Charlie, Adeotomiwa Edun narrates the majority of the story, and perfectly captures a young boy’s fear and courage in these fantastical situations. A particular standout is his scenes was the brilliantly menacing Femi Elufowoju Jr who is mesmirising as Maccomo the ‘furiously quiet’ lion-trainer.

The simple set leaves the bulk of the work to the actors, who use chairs, ladders, but most often their own bodies to evoke the different worlds they are portraying – from a circus tent to lion cages to clinical laboratories, as well as the lions themselves who are created through the actors’ physical movements instead of puppetry, a technique which works very well. Therefore the audience must use their imaginations to bring these worlds to life, aided by Charlie’s narration – just as in the books. This works especially well for younger children, who will have little difficultly following and becoming involved with the story.

A kids show? Well yes, but in the best possible sense; exciting, engaging and funny, with messages about climate change, pollution and animal cruelty which will resonate with the show’s young audience.