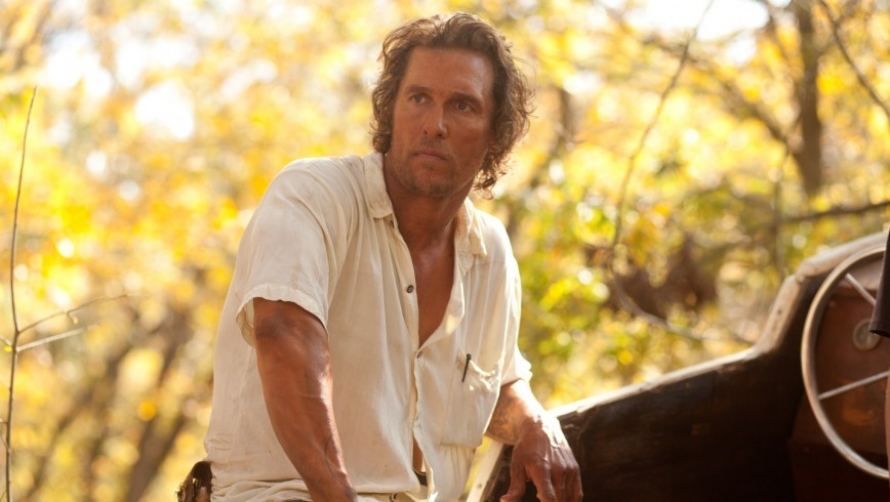 Matthew McConaughey, at least in my mind, is king of the ‘chick flick’, or at least of average-to-above-average films. But Mud, his intense and exciting new venture is so far removed from anything I’ve ever seen from him before that at first, it’s quite a surprise. As the title character, he is deep, brooding and complicated, and keeps the audience guessing with his dark history and his uncertain future.

The film follows the story of a young boy, Ellis, played admirably by Tye Sheridan, as he and his friend Neckbone discover a boat lodged in a tree, with Mud living inside it. Taken in by his story of love for a beautiful woman, Juniper (Reese Witherspoon) they agree to help him get the boat back into working condition and escape with her. All is not, however, what it seems and as Mud’s dark past begins to rear its ugly head, the boys put themselves and those around them in danger.

Tye Sheridan is perfect in his role. Shy, a little awkward, but with a good heart and a strong mind, he commands the screen, perhaps even outshining McConaughey at certain points in the film. There is no weak link in the cast in this film, and as the story snowballs towards its conclusion there are no moments of peace in the tumultuous world of ‘Mud’.

This is, in my opinion, Matthew McConaughey’s finest performance to date. Everything from his look to his mannerisms were perfectly executed and the closing scenes leave the audience feeling both satisfied and wanting to know where the story will go from then onwards. You’ll find no clichés or soppy happy endings here, but you’ll leave the cinema with a new perspective on human emotion, the strength of our instinct for survival, and on love, in all its complicated forms.