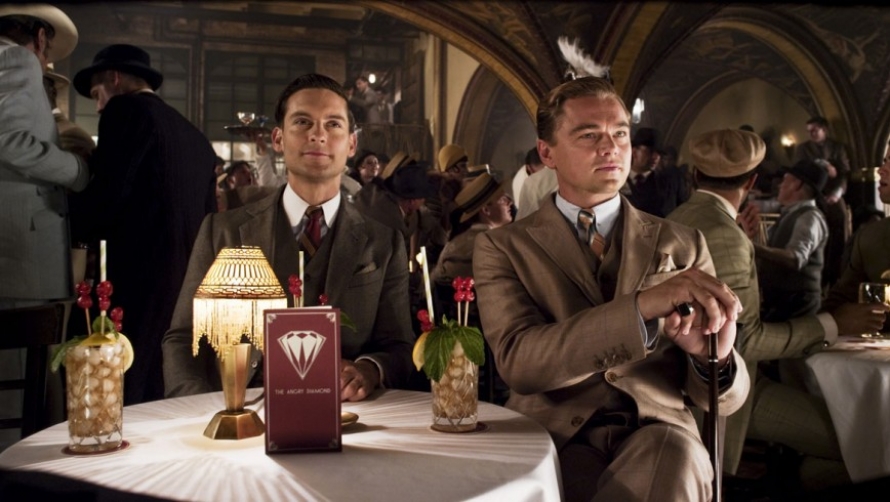 Narrated throughout by ever-present observer Nick Carraway (Tobey Maguire), The Great Gatsby is essentially an epic love story, focusing on the never-faltering, and slightly obsessive love that the elusive Jay Gatsby (Leonardo DiCaprio) has for flapper girl Daisy Buchanan (Carey Mulligan). Luhrmann’s imaginative and inventive movie is set in the roaring twenties, and delves head-on into the extravagance, excess, and alcohol-fuelled frenzy of the era.

Having (shamefully) not read Fitzgerald’s legendary text, I did not know what to expect from the storyline. However, I did anticipate the signature traits of Baz Luhrmann’s filmmaking style, and I was certainly not disappointed. Fast-paced scene transitions, elements of the carnivalesque and orgiastic parties – like Carraway himself I was at times “so impossibly confused”, but always glad to be immersed in the bizarre and brilliant world of Gatsby’s lifestyle.

One of my favourite scenes was the most hilariously awkward tea party I think I’ve ever witnessed. With expert timing from DiCaprio and Maguire, and the sudden influx of hundreds of flowers shielded from rain by a caterpillar of servants and umbrellas, it was almost as bonkers as the mad hatter’s tea party in Alice in Wonderland.

Whether or not you have read the book, this film is a must-see because of its ingenious soundtrack, featuring music from Jay-Z and Beyonce, and its stunning visual effects. With sequences akin to those of a simulator experience, you are plunged right into the action, and can like Carraway be both “within and without, simultaneously”.

Don’t miss your chance to see this decadent spectacle for the eyes and ears while it’s on the big screen, and remember, “old sport”, “anything can happen”!