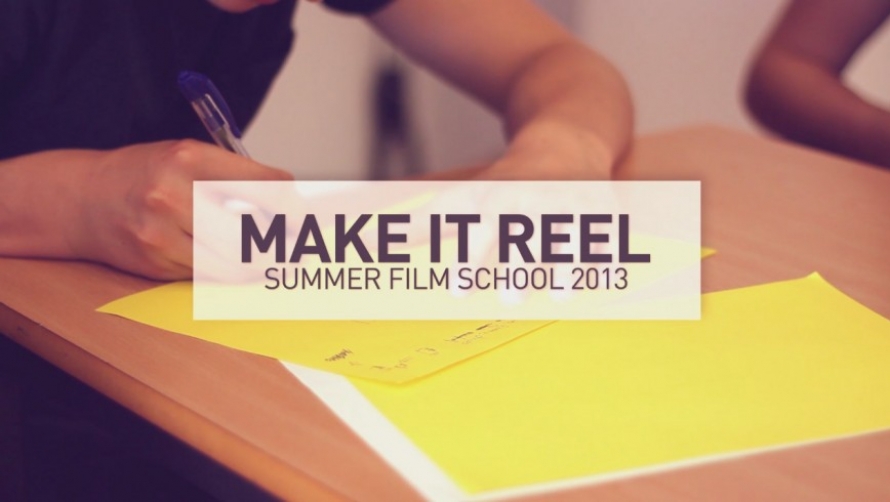 Dominic Breadmore and Jon Randle are back with Make it Reel 2013; another summer film week in which young people from Coventry have the chance to make, produce and star in their own five minute short film.

Over the week the participants will use inspiration from other short films to pitch their own ideas before filming and editing, ready for the world premiere on Friday at 4pm in the cinema.

This summer is even more special as Make it Reel takes on its first ever interns: fans and loyal members of the Make It Reel programme Harry Guest and Alex Hewitt are back this summer, helping out and overseeing the groups using their experience from the last four years of the course – as well as making their own film to help document the process. From doing this project, the pair have been given the the opportunity to develop their own creative talents as well as pass on their knowledge and encourage other young people to develop their own passions for filmmaking through the use of team work.

As part of the Warwick Arts Centre ‘Make it Reel’ summer school, where 5 groups have 5 days to make a 3 – 5 minute film each , we have been assigned the role of documenting the week in a video format. We’ve been following the 5 groups, filming their progress throughout the first day as they work on creating 30 second long ‘micro-short’ films, using only six words to explain the narrative, which are then presented to the rest of the other groups at the end of the day. This will have challenged the groups to work effectively in teams, think creatively and feasibly and stick to a strict, demanding deadline as they only had an hour to complete everything from pre-production to shooting.

The film we created shows the progress made throughout the first day, giving an insight on the groups work, ideas and outcomes. The day starts off with an introduction to the course, what kind of things will be happening over the week, followed by a selection of short inspirational films to show what sort of aspirations the group should have. This was then followed by the task of creating the 30 second micro-shorts to get people in the zone for filmmaking!

Harry and Alex’s film, which was completed in one day, along with editing, can be seen below:

We will join the team again later today when filming begins…