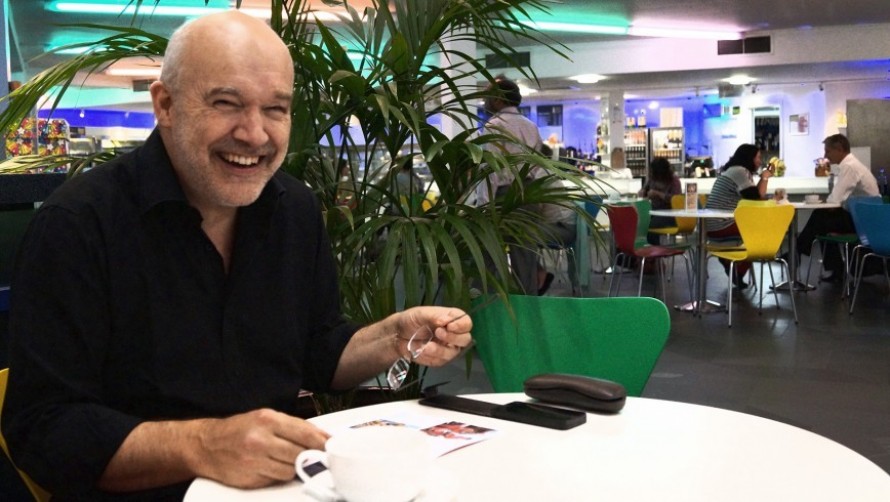 In the latest of our autumn blog series, film programmer and veteran blogger John Gore takes us through the sights and sounds of the autumn programme as he looks at the relationship between film and music.

The relationship between music and cinema is a curiously chequered one. The genre of film music tends to be sneered at by purists or, worse still, just overlooked. The appropriation of music – especially classical music – is either seen as a distortion of the original or a way of vaulting certain snippets to disproportionate popularity. Throughout the 20th century, however, the two media have coexisted and there are few prominent composers who have not been lured into scoring for film or allowing their work to be sliced, diced and pasted back together entirely out of context. Copland, Britten, Walton, Prokofiev – the list is endless.

Film has brought to broad awareness music by composers who could not have dreamed of such celebrity: Ligeti’s Lux Aeterna featuring in 2001: A Space Odyssey, Peter Maxwell Davies music for Ken Russell’s The Devils, Philip Glass’ scores for Godfrey Reggio’s films, Koyanisqaatsi and, well, any of the other -aatsis you can name (challenge enough!)

It was while watching Bernard Rose’s biography of Beethoven, Immortal Beloved that I realised the conflict of personalities which can occur. Rose’s imagery surrounding the character of Beethoven was rich and vivid but the personality of music was so strong that it wrested attention away from what was being shown on the screen. So it is where composer and film maker collaborate that the most successful results are achieved.

This autumn I have programmed a series of films which draw on the work of composers featured in the Concert Series. The Light Programme, offers an opportunity to view composers’ music in a slightly different context and to enjoy classic cinema on the big screen with the best cinema sound and acoustic to be found in this country.

The season opens with Brief Encounter (Thu 3 Oct 2.30pm), David Lean’s wartime tale of unrequited love and longing. Although much parodied, this is still a moving melodrama underscored by the yearning and plangent strains of Rachmaninov’s Second Piano Concerto. Nostalgic and against the current of 20th Century music, one forgets that this was music by a contemporary composer and performer.

Mozart’s Sister (Thu 17 Oct 2.30pm) is Réné Féret’s account of life on the road with the Mozart family and an exploration of the music of Nanerl, whose own creativity went unrecognised in the shadow of the incandescent talent of her brother. The film is shot in various stately homes that the Mozart family would have frequented on their travels.

Eroica (Thu 14 Nov) is set at a pivotal point in Beethoven’s career as he prepares his Third Symphony for performance and begins to acknowledge the onset of deafness. Originally made for the BBC, it features a suitably prickly and pugnacious Ian Hart as Ludwig van.

In the early 1960’s the BBC cultural programme, Monitor, commissioned the young and iconoclastic director, Ken Russell to make a series of visually arresting biographies of great composers. On Thu 24 Oct, we screen two of the most famous of these, Elgar and Delius, films which redefined how musical biographies could look, inspiring subsequent generations of documentary makers.

In the New Year, we can look forward to seeing Scott of the Antarctic, the original film from which Ralph Vaughan Williams reassembled the soundtrack to create Sinfonia Antarctica, his seventh symphony, and Dmitri Shostakovich’s composition of Kotzinsev’s iconic version of King Lear among other feasts of sound and vision.