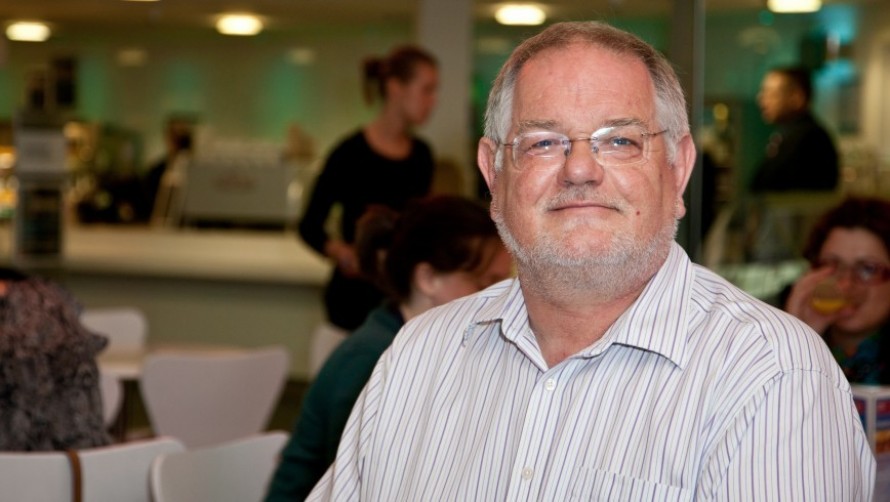 For our behind-the-scenes series of autumn blogs, our Director Alan Rivett explains why, for him, art and performance are as relevant today as ever before.

Watching BBC4’s The Greatest Show on Earth last week, I was reminded just how important theatre, dance and spectacle were for Athenians as they struggled to develop democracy way back in the 4th Century BCE. This brilliant TV programme made by Dr Michael Scott, Assistant Professor of Classics here at the University of Warwick tells the tale of the emergence of Greek drama and the huge impact these visceral tragedies, edgy comedies and spectacular satyr plays had on the assembled Athenian audience. Tales exploring moral dilemmas, power, death, transcendence, family life and the place of the gods in everyday life, often using allegory, metaphor, poetry and myth to illuminate pressing questions facing the population of a great city.

Can today’s performing and visual arts still have such an impact? Well, I’d have to say yes wouldn’t I? Otherwise what I do, as Director of Warwick Arts Centre would, in my mind, be a waste of time. Looking through our Autumn programme and the choices we’ve made make a pretty compelling argument in support of this proposition. Motionhouse’s Broken (don’t miss it, I’ve seen the rehearsals!) is a brilliant and emotional exposé in dance of humankind’s precarious relationship to the earth’s crust; Headlong’s 1984 and Out of Joint’s Ciphers, brilliantly illuminate, (though from very different viewpoints), the power of the state and the place of the ordinary citizen. What better topic in a time of Wikileaks and Edward Snowden’s recent revelations about state surveillance?

Money, riches, wealth and greed – as much a preoccupation for the ancient Athenians, according to Dr Scott, as to humankind today – are hot topics too. Can the next generation escape without having to resort to banker bashing? Perhaps Theatre-Rites Bank on It has the answer. I’m very proud of Warwick Arts Centre’s and the University of Warwick Economics Department’s support for this moment of immersive children’s theatre taking place in a secret location in the middle of Coventry. Find it if you can. It’s a value laden experience!

Finally to comedy. Some say that comedy is not an art form. I politely disagree and, to prove the point, our curatorial team in the Mead Gallery have created The World Turned Upside Down – Buster Keaton, Sculpture and the Absurd, an exhibition tracing the impact that this icon of early popular comedy (and arguably his fellow comedians Charlie Chaplin and Laurel and Hardy), had on the emergence of conceptual art. Think deadpan, irony, pathos, the comic underdog – and then come and see how artists and sculptors have reacted through time to the emergence of popular comedy.

Let’s celebrate our gratitude to Greece and the Athenians! What a gift to humanity.