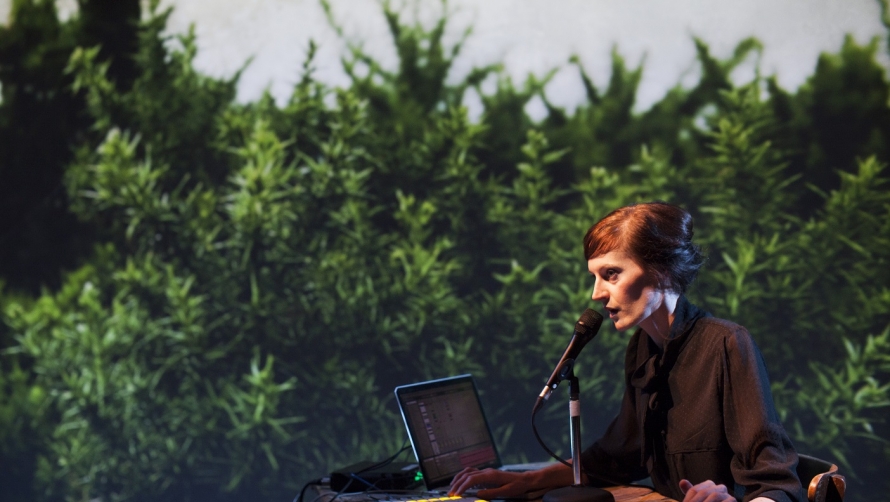 There are some creative works which are difficult to define by the conventional labels we give to art; Landscape II is one such work. Its use of multi-media strands, ranging from sound, spoken text and projected film, means that this piece would be restricted by the simple label of a ‘play’. Perhaps the best way to define Landscape II is by the term performance; a beautiful, entrancing and enigmatic performance.

Written, directed and performed by Melanie Wilson, with film and projection by Will Duke, and produced by Fuel, Landscape II follows the story of Vivian, a photo journalist recently returned from war-torn Afghanistan, who has settled in a remote family cottage in North Devon for a period of respite. It is through the discovery of century old letters written by Vivian’s great-great grandmother Beatrice that the narrative’s drama begins to unfold. This narrative, which crosses over the boundaries of time and international borders, highlights the connection between the external landscapes in which we inhabit and our own internal, psychological landscapes, which are often shaped by our experiences with the external world.

This performance’s wonderfully unusual mix of performed narrative, wistful film sequences and sound-scapes creates a truly visceral, emotive and thought-provoking piece. Wilson’s presence on stage is utterly electric, as she appears like some small, unlikely omnipotent being controlling the world of the stage through the use of a soundboard and laptop, as well as her own voice. She subtly draws you into the world she has created, captivating you in such a way that you seem to forget you are in a theatre space, but rather that you are sharing this very personal experience with her. Landscape II is a work of art, one that your mind will dwell upon long after its conclusion.