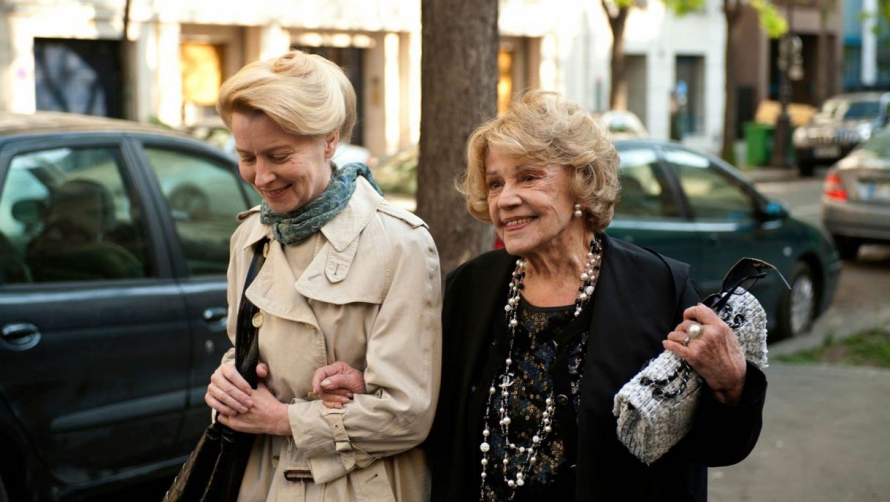 This is a film for those of you who wonder what follows the happily-ever-after scenes; after the lovers kiss under the Eiffel Tower and the credits begin to roll, years after the glamorous secret affairs in the city of lights, after la vie en rose.

Anne, a fifty-something divorcée, leaves home after her mother’s death and travels to Paris to take up the job of caring for an elderly Estonian lady called Frieda. Thinking that her own Estonian roots will help them bond, Anne is confronted by the tempestuous and fussy Frieda, a woman who will not even touch croissants unless they are fresh from the bakery, let alone Estonian breakfast. Anne tries, fails and tries again to please her but Frieda does not soften easily.

The acting is superb. Jeanne Moreau, as Frieda, is a little like Catherine from Jules et Jim; she speaks her mind but needs to be reassured with constant attention. The complexities of responsibility and desire of Stephane, the old lover, are played subtly by Patrick Pineau. Although Laine Mägi’s performance as Anne is accomplished it is overshadowed by the brilliant Moreau.

If you enjoyed Michael Haneke’s Amour, you will appreciate the slow pace of the film, although A Lady in Paris does not have quite the dramatic gravitas of Haneke’s film. However the director Ilmar Raag (The Class) does capture the loneliness and ennui of old age whether in the creaking floors of an empty house or in the clinking of porcelain cups. The Paris that opens up to viewers is a well-known Paris but seen from an angle of solitude and depression. This is a Paris of empty beds and old lovers waiting for the death of their beloved, but also a Paris that provides unexpected joys and opportunities.

A Lady in Paris was part of our French Film Festival. We have more French films with Camille Claudel 1915 on Mon 18 Nov 8.45pm and Classe Tous Risques on Tue 19 & Wed 20 Nov.