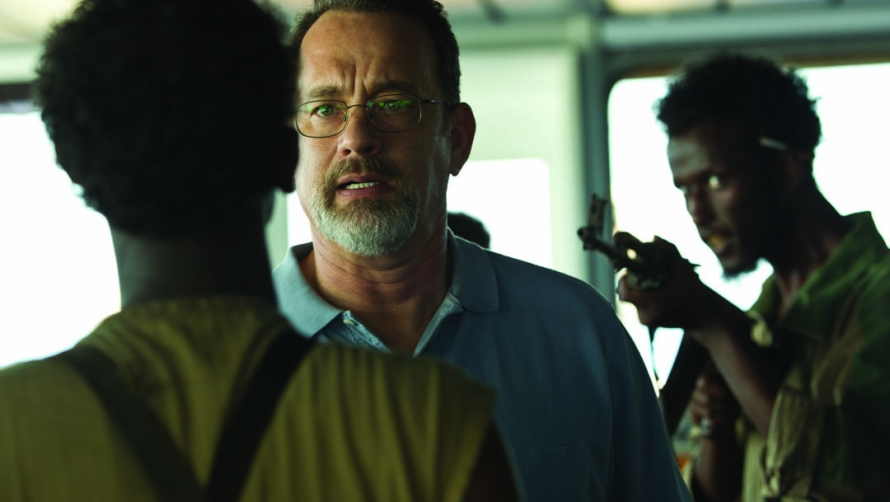 Captain Phillips follows the traumatic true story of Richard Phillips (Tom Hanks) the Captain of the US-Flagged Maersk Alabama, which was captured by Somali pirates in June 2009.

In the opening scenes we see Rich’s homely personality, a caring and concerned father. He is called to captain a ship, the Alabama, out of Port Salalah in Oman and around the dangerous Horn of Africa. From here the audience sees an instantaneous change of character, as Phillips becomes a diligent and commanding leader aboard his ship.

The viewpoint then switches to Muse, a Somali fisherman soon to be the captor of the Alabama, who is bitter towards his bosses, who force him to go out upon the treacherous sea to pirate and plunder. He is also bitter towards the Americans whose industrially superior techniques have put him out of a job. The Somali pirates prepare to leave the town to stalk new prey on the order of their bosses. Men of the town gather to bribe the pirate leaders to take them on the mission with them, this raw survival of the fittest scenario puts the pirates a world away from Phillips and his crew. The pirates set off from the coast in nothing more than a small wooden boat into dangerous and difficult seas.

In an astounding big screen debut, Barkhad Abdi plays Muse as a strong and confident, yet gullible pirate captain. It is not easy to believe that he wants to take Captain Phillips captive but instead he is forced to for his own welfare and survival.

Tom Hanks’ stunning performance shows how the limits of human experience can be pushed and the authenticity of the film makes it all the more horrifying that someone actually went through this experience.