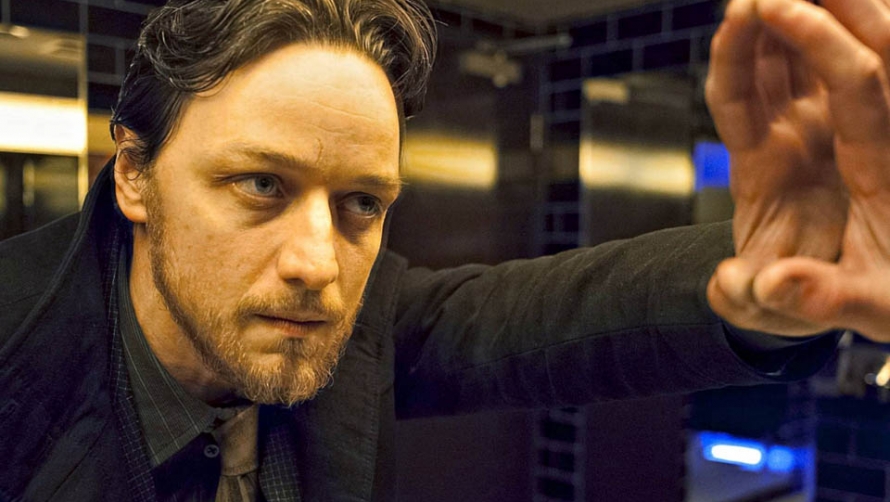 An adaption of an Irvine Welsh novel, the same author as Trainspotting, Filth has a hell of a lot to live up to.

Set during the festive period, this film could not be further from the typical feel good film that springs to mind. Following the story of Bruce Robertson (James McAvoy), a rogue policeman who stops at nothing to manipulate his way to a promotion, Filth grabs you by the throat from the very beginning and doesn’t let go.

It’s safe to say that I was quite naive in believing that the 18 rating and a basic knowledge of the storyline was enough to prepare me for Filth. The film opens with a cocky Bruce Robertson outlining his cunning plan to beat his colleagues to the role of Detective Inspector. Comic, cheeky and even with some over-exaggerated Baz Luhrman-esque moments, the fairly easy going beginning cleverly fools the audience into a false sense of security, before catapulting them into the troubled world of Bruce Robertson’s mind.

What made the film for me was James McAvoy’s outstanding performance as Bruce Robertson and one of the most difficult but believable characterisations I have ever seen in cinema. A deeply complex character struggling with issues of guilt and loss whilst trying to hide these from the outside world, McAvoy somehow manages to evoke feelings of both utter disgust and total sympathy for Bruce, dragging the audience along on the roller coaster ride of his life as he spirals downward.

If you can stomach it through the scandalous whirlwind of sex, drugs, betrayal and abuse, not only is Filth a poignant remark about misunderstood mental health, but it is an absolute must-see masterpiece of dark comedy.

Filth is at Warwick Arts Centre until Tue 5 Nov.

Douglas Booth and Hailee Steinfield, in the titular roles, lead an ensemble cast in this decent, if uninspired, adaptation of Shakespeare’s classic tragedy about the doomed love affair between Juliet Capulet and Romeo Montague. The problem for any fresh undertaking of Shakespeare’s star-crossed romance is the shadow of Baz Luhrmann’s 1996 modern-day set revamp looms so large. So it’s sensible that the Italian director Carlo Carlei creates a very conservative new version that feels like it is aimed at a post Twi-hard fan base or, worst yet, GCSE English Literature students looking for a quick way into revision.

Julian Fellowes, creator of the excellent Downton Abbey, adapted Shakespeare’s tragedy, cheekily tweaking his beautiful dialogue with invented heritage Bardspeak of his own leaving his script often clunky and mismatched. This may anger diehard fans of Shakespeare, like myself, as it often feels whilst watching that the essence of the story has been watered down in order to accommodate pre-teen audiences, at times, making for an unpleasant experience for the avid fan.

However, there is much to admire about this version of Romeo and Juliet: the cinematography of a sun-soaked Verona, the play’s original setting, is beautifully composed and impeccably framed, helping to translate the depth and complexity of the play to the screen. The attention to period detail is inherent within the sumptuous costume design and the tense sword fights make this a traditional exciting thrill-ride. Moreover, Hailee Steinfield provides grace and is very relatable and the very pouty Douglas Booth is mere sex appeal. Lesley Manville steals the show in a superb performance as the quivering, quavering nurse, and the same goes for Paul Giamatti as a sorrowing Friar Lawrence. Despite its flaws, this version is definitely worth seeking out and would make for an interesting double bill with Luhrmann’s adaptation.

Romeo & Juliet is at Warwick Arts Centre until Thu 7 Nov.
Our Shakespare on Screen talk on Sat 23 Nov will focus on Romeo & Juliet and will feature a screening of Baz Lurhmann’s 1996 version.