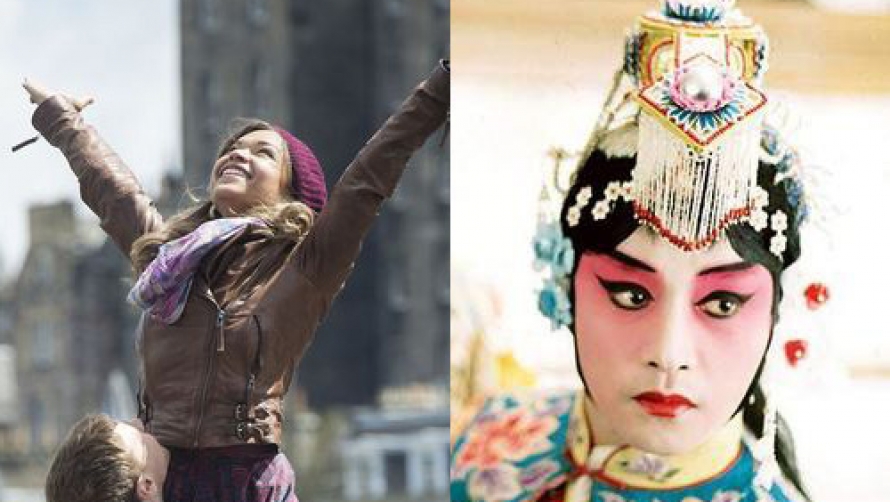 Sunshine on Leith is The Proclaimers answer to Mamma Mia, yet here we have a film which shows a more honest version of life. Although the classic ‘finding the lost father’ plot line is vaguely present, Sunshine on Leith is an emotional roller coaster of crumbling families, children growing up and the realities of war, which is portrayed through a number of The Proclaimers songs that will undoubtedly have you dancing in your seat.

The film, directed by Dexter Fletcher, is based on the Dundee Repertory Theatre’s hit show of the same name. It is proud of its roots, showing striking shots of Edinburgh to match the dark and suspension-filled beginning in Afghanistan, where Ally and Davy (Kevin Guthrie and George MacKay) sit in a convoy singing ‘Sky Takes the Soul,’ as minute by minute they are expecting to die, recounting that ‘it could be tomorrow, or it could be today.’ Their performances are magnificent as two young adults who are just beginning to learn the harsh realities and compromises needed for love. On the flip side Jane Horrocks and Peter Mullan star as the troubled parents as they fight through hidden infidelity, heart attacks and family change. Their heartwarming performances shine through a multitude of songs, but Horrocks’ rendition of Sunshine on Leith is sure to have the audiences’ hearts singing.

The energy that is generated from this film is outstanding, despite feeling reasonably staged, it will no doubt lift up even the heaviest of hearts. Although the ‘500 Miles’ finale is hugely unrealistic as the whole street joins in a joyous flashmob, it does make you wish that life would be a little bit more like that.

The theme of this film talk provided by David Sin was about the development of Chinese cinema and the relative cultural background in the past 40 years. Starting with the Cultural Revolution during 1966-1976, a period with little film production, David described the chaotic and dark background that influenced Chinese film-makers at that time. This was followed by the reopening of film schools and the advent of the Fifth Generation directors who are influenced by the Cultural Revolution to a large extent. David introduced the key directors with clips of their master works such as Zhang Yimou and his Red Sorghum.

The 1989 Tiananmen Square incident marked the end of the Fifth Generation directors and the advent of the Sixth Generation film-makers. As David highlighted, the Sixth Generation director’s shift in interest from historic to contemporary, from rural to urban, as well as thinking more deeply about wider social issues. Then we enjoyed some clips from those directors, including Frozen (1994) by Wang Xiaoshuai, Xiaowu (1998) by Jia Zhangke and Huozhe (2006) by Jia Zhangke. Although, many of the films are very low budget films, yet they have deep cultural connotations which can trigger the audiences to think more about society.

After the wonderful film talk, we enjoyed the complete screening of Chen’s ground-breaking Farewell My Concubine (霸王別姬), not screened in UK cinemas for over a decade. It is in essence a tragedy about two performers in the Beijing Opera who are stage brothers and the woman who comes between them. The most impressive character to me is Cheng Dieyi, who has an obsession with the Beijing Opera and can not distinguish the drama from real life. His cross-gender role in the opera leads him to have complex feelings for his stage brother. For me, although this is the second time of watching the film, I can watch it over and over again because of the complicated character relationships and the profound reflection on humanity and culture which triggers different reactions with every viewing.