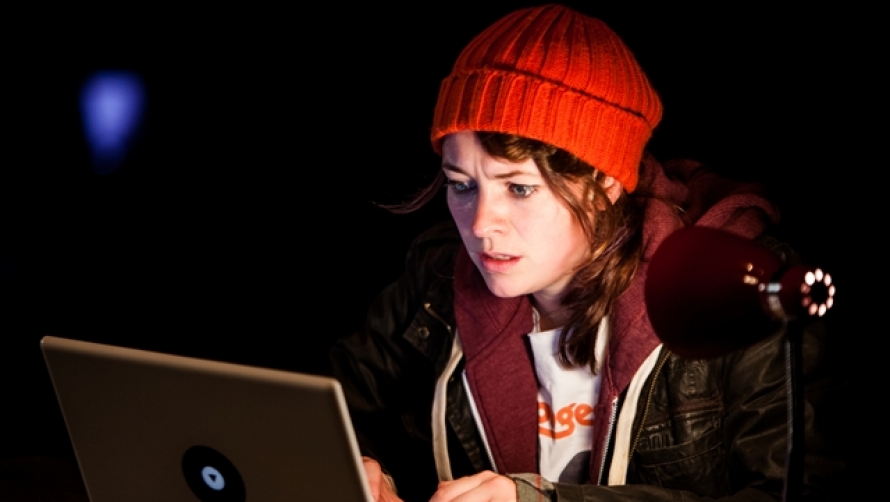 Imagine if, for as long as anyone can remember, there has been a noise. A constant, ever-changing noise. No-one knows where it comes from, and no-one is asking questions.

This is the situation 17-year old Charlie finds herself in: she is the only one, except for scientist Harry, brave enough to ask.
The Noise begins with a dark stage and a brightly lit outline of the platform which represents Whitley island- the setting of the play. Beside this is a stunning structure of triangles: the beautiful iceberg that drifts into the harbour and disrupts life on the island.

It looks like Harry and Charlie are closer than ever before to discovering the truth about the noise when a body is found, and suddenly they all seem to be in danger. As more secrets are revealed, Charlie is left not knowing what is really true and who she can trust.

Written by Clare Duffy, Jon Spooner and Chris Thorpe, The Noise is a fascinating look at how sound might influence us. It explores how much people are able to ignore before they start asking questions – particularly when they have known nothing else. The small cast do a fantastic job of creating the tight-knit, disturbed community of Whitley, and Charlie’s determination to tell the truth is a refreshing contrast to the other islanders who pretend everything is normal.

Sound, as you might expect from the title, is integral to the production. Sound designers Gareth Fry (soundscape designer for the Opening Ceremony of the London 2012 Olympic Games) and Pete Malkin have created a fascinating mix of sounds rolled into a seamless background. The moments when the sound stops are incredibly effective, building suspense as the play reaches its dramatic, poignant end.

The Noise is well worth seeing (and hearing) – thought-provoking, captivating and intelligent: a murder mystery with a difference.

The Noise is at Warwick Arts Centre until Sat 23 Nov. Click here to find out more and to book tickets.