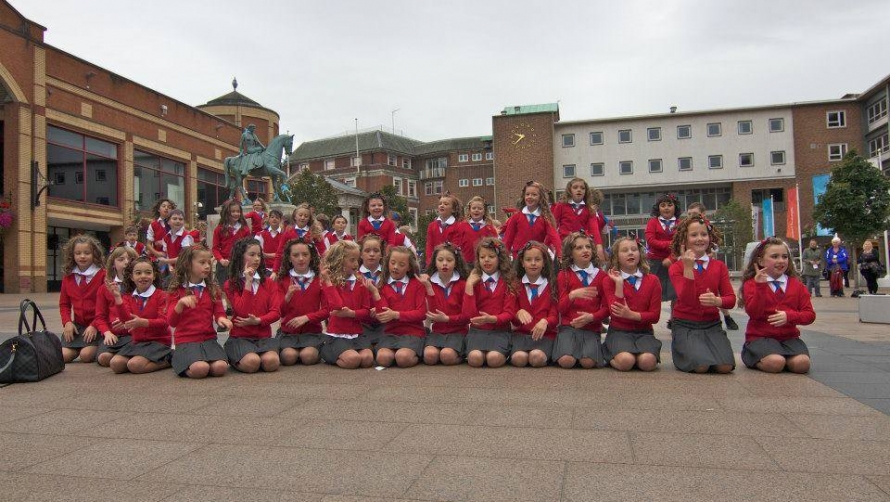 On Tue 12 and Wed 13 Nov, Warwick Arts Centre will be welcoming two talented young dance groups from the Coventry area to perform in front of a live audience, as a curtain-raiser for professional Austrian dance troupe Nobulus and their show Out of the Shadow.

Freeman Dance and Anonymous, both from Coventry, recently entered Dance Touring Partnership’s nationwide competition: Dance Your City where groups were challenged to send in a one minute video of themselves dancing in front of an iconic landmark in their city. The public then watched these dance clips online and voted for their favourites to go through to the final, where the winners of the competition will perform at the Nottingham Playhouse on Mon 18 Nov. Three groups were chosen to compete in the final and and we’re delighted that two thirds of the finalists are from the Coventry area!

To celebrate, the two groups will be performing curtain-raisers at Warwick Arts Centre to share their talents with the live audience for Out of the Shadow.

Jill Freeman, the director of Freeman Dance, said the troupe which consists of 45 girls and boys between the ages of 8-11, was really looking forward to performing:

“They’re all really excited. We had a a fantastic day when we made the video, filming in Broadgate and on the big blue bridge at the Transport Museum. We won the online vote and it was really tight, between us and another group – between 10pm and midnight when the vote ended, the leader was swapping every five minutes. It’ll be inspirational for our young dancers to see a professional group perform at Warwick Arts Centre.”

“The piece the girls are performing is high-octane, very dynamic and physical. The piece of music they’re dancing to is by Bugz in the Attic, called Loose Lips and the dance was initially inspired by the Lady Godiva statue as we’re trying to show strong female role models. The girls are all extremely excited – it’s their first time performing on a stage of this size, and they’re looking forward to the competition – they’re very competitive. Performing at Warwick Arts Centre is a great opportunity to put us through our paces at such a prestigious venue. One of the girls said “It’s like a mini Anonymous tour!”

Join us at Warwick Arts Centre and help support Coventry’s young dancers! To find out more about Nobulus: Out of the Shadow and to book tickets, click here.