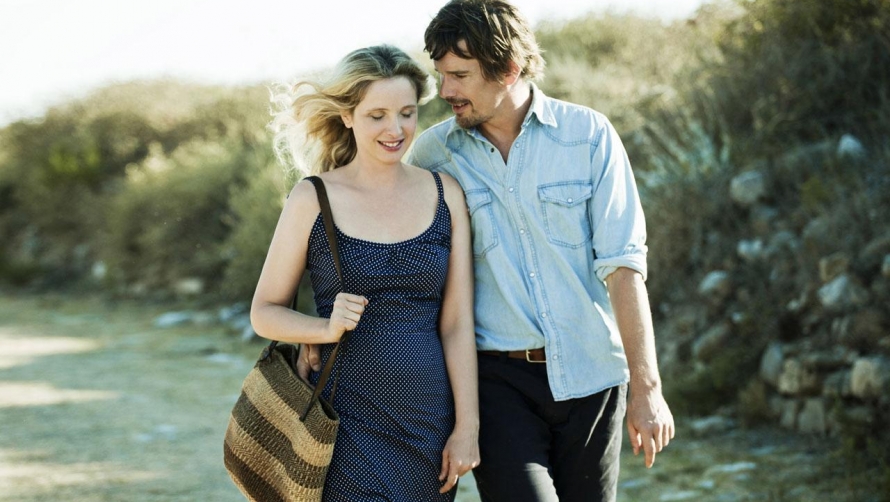 For Hollywood, 2013 was the year of Les Mis. It was Marmite – which would come in handy, if you had just stolen a loaf of bread.

For the rest of us, however, the finest operatic work was Tarantino’s Django Unchained, an opera of death in the Sergio Leone tradition which balanced its violent spectacle with unmoderated anger about slavery and those who profited from it. Alongside this, meriting honourable mention, would come No, or how an ad agency defeated the Pinochet dictatorship.

Also guaranteed to have us cheering in the aisles was Good Vibrations, generous and passionate accounts of punk in sectarian Belfast recognising no division but feeling the music, and the quirky Robot and Frank, a smart satire of care in old age in the reliable hands of the wonderfully amoral Frank Langella.

I loved the panto-like response to Ken Loach’s Spirit of ’45, where large audiences cheered favourite policies and hissed the villains who diluted the Welfare State. Out and out winner of my personal “Documentary of the Year” award. Critics are trying to persuade me that Sarah Polley’s extraordinary Stories We Tell is a documentary. This examination of her own family history, skeletons in cupboards and indeed, her own origins may look the part but it is so elegantly conceived and ‘performed’ that I believe I was watching extraordinary drama. Clear winner of the most original film of the year.

Winner of multiple awards at the European Film Awards, The Great Beauty is probably the most spectacular movie of the year, although Gravity ran it a close second. The former drew on the history and resonance of the city of Rome, the latter on the ingenuity of a director’s mind and a bucket-load of high tech visual devices. It also boasted the best performance that Sandra Bullock has ever committed to screen, meriting her a place on the shortlist for Best Actress Oscar (presumably). However, she won’t win it, because that statuette should already have Cate Blanchett’s name on it for her quite impeccable performance in Blue Jasmine, Woody Allen’s finest film to date. This is the film he has been trying to make for over 30 years, marrying drama with comic dialogue. Superb all round performances and an uncharacteristic low level anger at the stress that ordinary folk have been put under by the abuse and indulgence of the financial industry mark this out as a film as an endorsement of the old Viennese adage that the situation is ‘desperate but not serious’.

How to stay married seemed to crop up as recurring theme and I loved Roger Michell’s Le Week-end, the best thing Hanif Kureishi has written in 20 years, and it was a joy to behold Jim Broadbent and Lindsay Duncan spar, smart and delight in each other’s company after many, many years married, but it was Before Midnight that rocked me back in my seat. Completing the trilogy, Richard Linklater reunited his lovers, Ethan Hawke and Julie Delpy in Greece to reflect on being married with kids, after the flush of first love and belief in their destiny to be together has worn away in patches. A further honourable mention is due to François Ozon for In the House, which watches a married couple be entirely manipulated by a ‘pupil with promise’ whom they invite into their lives.

Hirokazu Kore-eda has established himself as one of the finest directors in Japan, following in the footsteps of Ozu. We had two wonderful films from him this year, I Wish and Like Father, Like Son. The latter is a ‘swapped at birth’ story that unfolds as a study of nature versus nurture, the relationship between fathers and sons and differing parenting techniques – stuff you do not have to go to Tokyo to see, you can witness in any school or shopping mall in the western world.

Life was less fortunate for the children in The Selfish Giant, a piece of gritty British realism by Clio Barnard, adopting the mantle of Ken Loach and delivering a Kes for our times, tough stuff but so moving.

Two rather contrasting films of life in the Muslim world make up my pick of the year; I had to wait almost a year to get the chance to show Mira Nair’s The Reluctant Fundamentalist, the most even handed and intelligent studies on Islamic fundamentalism and its appeal. The romantic subplot may be a bit clunky but Riz Ahmed shows himself, yet again, to be one of the most talented and adaptable actors of his generation. In complete contrast, Wadjda is the first film to be shot by a Saudi woman in Saudi Arabia and plays an elegant game of “knock-down ginger” on some of the more restrictive policies and attitudes prevalent in that country, applying itself to the Cyndi Lauper principle that “Girls Just Want to Have Fun.”

Next week we look ahead to the new year and the celluloid treats coming in 2014.