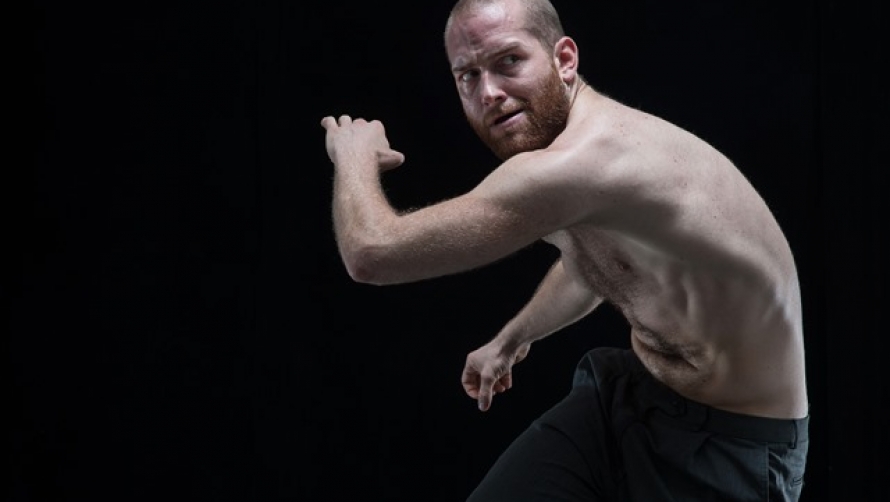 Taking my seat in the audience, I eagerly awaited DV8 Physical Theatre’s JOHN. Based on interviews with men about love and sex, the show relays the biographical tale of the play’s eponymous central protagonist John, followed by a wider montage of sexual experiences.

Upon first sight, the domestic setting seems like a doll’s house, with its muted colours and continually changing furniture. However, as the stage undergoes its first rotation and the main actor begins to disclose John’s tragic past of unrelenting trials and tribulations, it instantly becomes clear that this is not a childhood fairy tale adventure, rather a journey into the essence of nightmare.

The movement of the stage compulsively propels us through John’s inescapable history and we are comparatively trapped, hypnotised by the performers’ mesmerising fusion of speech and movement. We are powerless to detach our eyes from the physical action that works to amplify the present section of the narrative, or paired with sounds effects, becomes a symbolic manifestation of the scene’s atmosphere; but we would not divorce ourselves from this compelling dramatisation even if we could. Tinged with dark humour, accentuating the blunt vocal delivery, we are prevented from becoming overwhelmed by the immensity of the tragedy. This is aided by part two’s gay sauna stories which provide crucial moments of comic relief, among the poignant experiences of the individuals, greatly complimenting the previous portion of the production.

John’s presence fluctuates in this section as his experiences are intertwined with those of others, culminating in his bitter sweet meditation on the possibility of a brighter future with all that he has previously lacked. These parting words are fused with an audio recording of the presumably ‘real life’ John, jolting us back into reality, although we are destined to remain irrevocably haunted by his intensely powerful story.