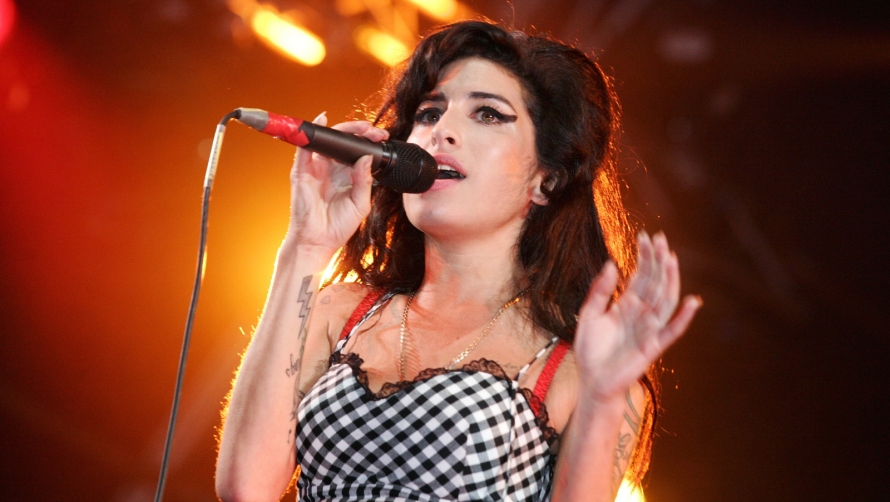 In his guest review of Amy, Richard Hoare muses on the fate of a star who “made a lasting impression and caused irreparable damage, mainly to herself”.


I was there at the beginning. When Amy Winehouse’s debut album, Frank, came out, I was working in a music shop. Albums which weren’t expected to sell well were only received in small quantities in the delivery, usually only four copies. Frank was one of those albums. I occasionally liked to play music in the shop which challenged our customers and gave them something more than the commercial successes of the day. Due to a ‘Parental Advisory’ sticker, I couldn’t do this with Frank, and so had to play it after hours. One I heard Take the Box, I was instantly a huge fan. Amy was perhaps unfairly lumped in with the “Nu Jazz” movement of the early 2000s, along with Jamie Cullum, Michael Bublé and (bizarrely) Joss Stone. Amy was different. She was the genuine article. Oozing classic jazz style but with a modern relevance and intelligent lyrics.

This documentary of her life shows its many contributors giving a similar opinion. Her talent is unquestioned throughout and most claim that she was one of the most exciting vocalists of her generation. It also shows a composed Winehouse, before things really took off for her, discussing her attitude to fame and success. It is clear that while she did become famous on an enormous scale, this was never her intention or desire. In one interview, she states that success to her means that she gets to work with whichever producers she wants. Over footage of her collecting a BRIT Award, she is heard saying just how scary fame is.

It is perhaps this overwhelming, immediate rise to fame which helped to push Winehouse towards the lifestyle which led to her untimely demise. The film covers many bases in its quest to fully analyse her life and death and blame is placed at several different doors. Her parents’ separation while she was still young, the press, her fiery relationship with husband Blake Fielder-Civil and even her own father are made culpable. However, there are also frequent scenes where the demands made on her talent are clear. Towards the end of her life, Amy was in huge demand but not for her music. She became a tabloid regular due to her tumultuous lifestyle, and this is shown quite shockingly in the film when she cannot even walk down the street without a sea of camera flashes in her face. She became an easy target for jokes, and numerous clips are shown of people making comments at her expense.

The film gives accounts from people who were in close contact with Amy, and features home video footage as well as direct quotes from Amy herself so it is not manipulating the audience to a certain viewpoint through voiceover. We can see that Winehouse was a very vulnerable person who was quite easily affected by significant events during a difficult life. Her time was short, but left a huge impact. Hurricane Amy burst into town, made a lasting impression and caused irreparable damage, mainly to herself. Like all hurricanes, Amy just could not sustain such a high level of turbulence, and so calmed to a stop.

In the age where tributes and obituaries are reduced on social media to what could be considered a highly impersonal “RIP,” I genuinely hope that Amy has found peace. In a poignant moment towards the end of the film, Tony Bennett (one of Amy’s idols) tells us “Live teaches you how to live it. If you live that long.”