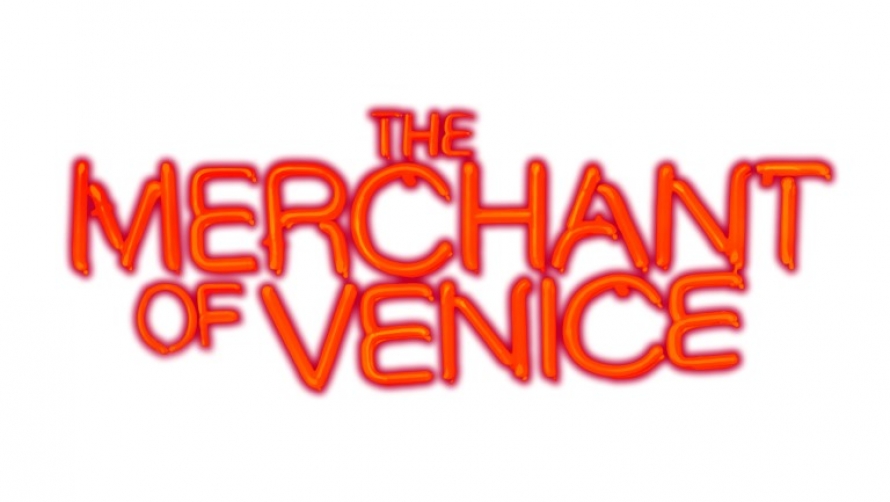 This was my first Shakespeare experience in a very long time, the last one being King Lear at the Royal Shakespeare Theatre in Stratford, so I wasn’t sure what to expect from a screened version, however I was surprised by how intimate it actually is. Granted you don’t get the intimacy you would feel from being physically close to the actors, however being able to clearly see the distress on Antonio’s face in the opening scene certainly drew me in and I could already see the benefits of the cinematic show.

The set was very simple yet intriguing and comprised a floor to ceiling mirror and a huge pendulum which swung in a hypnotising manner across the stage. The costumes were quirky with Portia and the other girls bringing a 60s retro feel to the stage whilst Solanio and Salerio wore long coats, making them look quite like the Kray Twins, whilst Gratiano brought a ‘street’ style to the stage, mixing a flat cap with some bright, contemporary trainers.

The leading lady Portia, played by Patsy Ferran, was phenomenal in her role and her part was complimented by that of her maid Nerissa, played by Nadia Albina. In a role that calls for a stereotypical beauty, Patsy adds not only an unconventional beauty but a clever and edgy style. By far my favourite character was Grubbo, who brought comedic elements to the play. His part is not a big one but with his face painted in a rather bright, stand out clown face, he delivers a large character especially in a scene where you can hear him delivering his lines, but it’s not immediately clear where he is and then suddenly the camera pans to him sat performing his lines to a random member of the audience.

It is a tale of love, lust and greed and as an audience member there are so many situations, emotions and relationship dynamics that we can identify with. The love story between Portia and bisexual Bassanio is interesting but it is clear that it is a marriage of convenience as his desires lay with Antonio. At the beginning of the play a passionate kiss between Antonio and Bassanio certainly draws you in and it is later on in the courtroom scene that their passionate kissing leads to yet another electric and absorbing scene. When witnessing the two kissing passionately Portia obviously disturbed and hurt by what she has seen, turns and becomes quite vindictive, calling on Shylock to take a pound of flesh from Antonio. This scene had me at one point hiding behind my hands as the distress in Antonio’s voice was so convincing and although clearly we were not going to see any blood and gore, the tension built on stage certainly had me believing and wincing at the same time.

Another fascinating addition was the choir of children, who sang from up high above the stage at certain intervals, creating a slightly eerie atmosphere. The closing scene delivered on a stage filled with candles, created a poetic and romantic yet mysterious setting, and also a slight sense of fire hazard anxiety!!

I thoroughly encourage anyone with a slight or huge passion for Shakespeare to add a little bit of him into their lives. Even if it is not one of your favourite plays, take a chance with one you are not so familiar with and immerse yourself in the drama.”