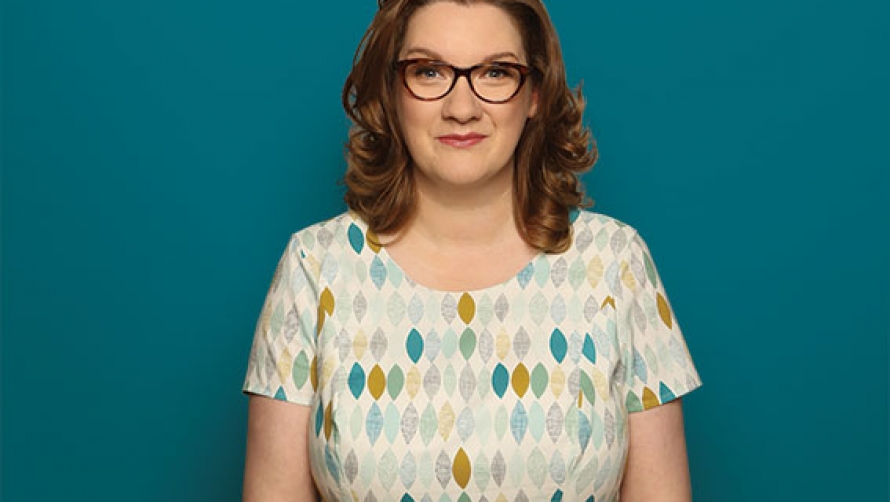 Whenever I’ve seen Sarah Millican perform, there’s never an atmosphere of anticipation in the audience while waiting for her to take to the stage. It’s very relaxed, like everyone is waiting for a close friend to show off in a talent show. And this is Sarah’s strength; she’s just like a good friend. Subscribers to her mailing list will know that her emails are always personal and usually not plugging a product but informing you of her upcoming appearances on television or radio. Unlike many of today’s comedians, she’s also not full of anger or vitriol; neither does she have a chip on her shoulder (unless it’s covered in gravy and she’s been a bit of a messy eater).

The anecdotes she imparts from her life are believable and the audience can easily empathise with the subjects she covers. She’s an inclusive comedian, and her jokes can be appreciated by most demographics. She mentioned during the show that most of the audience seemed to be about her age, yet from observing the audience both before and after the show, it revealed an equal split of the sexes, of varying age groups.

Sarah has named this tour ‘Outsider’ and the material mostly relates to her newly married status and the fact she and her husband have moved to the countryside. Never one to shy away from routines containing ‘TMI,’ Sarah has the audience cringing with embarrassment and rolling with laughter in equal measure. Some of the punchlines are close to the mark, but not offensively so, and that line is never crossed. Although Sarah is a big supporter of women’s rights (her self-penned magazine Standard Issue was created to celebrate women of all shapes and sizes), she makes jokes at women just as much as men to ensure that there is no rivalry between the sexes created in her audience. She also makes no secret of the fact she loves food and it’s no surprise that some of her fans bring her edible gifts to venues when she performs.

There’s just something about a Geordie which makes you warm to them and Sarah Millican is no exception. Her observations and take on life leave your jaws aching and your stomach rumbling after a gig. All that talk of cake can give one a hankering. However, after this particular show, I’m off clotted cream for good. You had to be there…