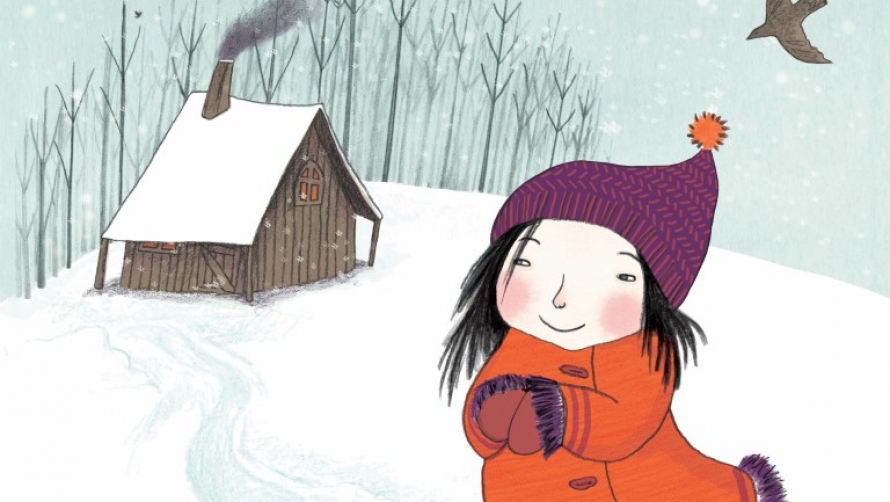 Isolation, betrayal and the consequences of non-conformity may sound more like the ingredients of a Tolstoy novel than a story for children – but theatre company Tutti Fruiti manage to adapt such weighty themes for under sevens with aplomb in their winter show The Snow Child.

The action takes place in a snow-covered forest, home to a woodcutter and his wife who long for a child of their own. Their wishes are granted when a spirit of the wood takes human form and lives with them as their daughter. But all is not plain sailing as the child refuses to give up her wild ways for a conventional life.

It’s no coincidence the show brought to mind Russian classics – the story itself is based on a traditional Russian folk tale. And despite the fairytale characters and the simple plot line, the story is a tale to which every family can relate – what happens when a member fails to live up to expectations, be that neglecting to brush hair and clean teeth or breaking a promise and betraying a friend? This theme was not lost on my four-year-old daughter who happily announced on the way home ‘sometimes I’m like the Snow Child aren’t I’. Yes, Ramona, you are – but I love your spirit and temperament, much more than the dreaded Other People’s Children of the show, held up in sharp contrast to the Snow Child and portrayed to great effect by capering cast members Mark Pierce and Paula James.

The set was also worthy of note, creating a magical winter wonderland, complete with powdery snow and lights twinkling from the tiny model village, while upended whitewashed broomsticks did a fantastic job of creating the trees in the Snow Child’s forest.

The entire effect sent enjoyable shivers down the spine – but just as the Snow Child’s family discovered, even in the depths of winter the promise of spring is never far away. Well worth a visit for all family members, regardless of age.