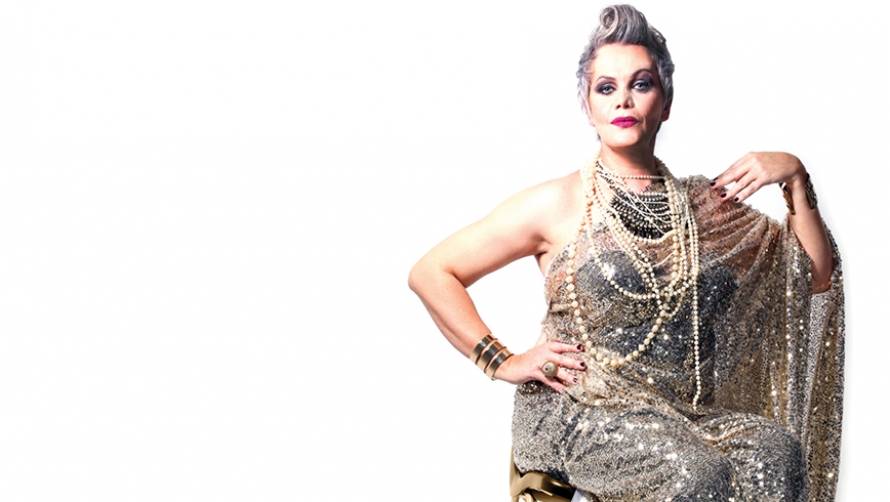 In David Hoyle’s review and promotion of Big Girl’s Blouse he states: “do not attend if you cannot love”, and after seeing the show, it is clear that love is the fundamental message. Early into the show, performer Kate O’Donnell admits to having “overly theatrical disorder”, something which is abundantly clear. But do not be discouraged by the musical numbers, Lady Gaga-esque costume changes or the “power of a sequin”; the show teaches self love, a message much needed in today’s society.

Although the performance incorporates a lot of comic elements, there are serious moments and a very serious message about the difficulties of growing up as a transgender individual; a message which, although initially written about growing up transgender in the 1970’s, is still applicable today, particularly in some parts of the world. O’Donnell comments on practices which to a modern audience seem appalling, such as the example of her school sending a letter home to her parents, advising them to seek medical advice because post-transition O’Donnell was “too effeminate”. In the post-show talk, O’Donnell explained that as a child, she did not even know what ‘effeminate’ meant, but knew it was bad, which speaks volumes about how we as a society project gender onto children.

At the end of the show, O’Donnell is joined onstage by a choir of women wearing t-shirts sporting the hashtag “stand by your trans”. There was an overwhelming feeling of not just love, but hope amongst the audience. We are all human beings, and should all be treated as such, regardless of age, ethnicity, gender or sex. One of the nicest moments of the show for me personally was having a woman sat next to me turn to me and tell me that my comment on the difference between biological sex and gender had inspired her to question that alignment more in her own work.

The post show talk allowed O’Donnell to speak more about how her family never fully recognised or paid much attention to her during the stages of her transition, highlighting how people are prone to ignoring something they do not quite understand.

Big Girl’s Blouse is a truly moving show that exposes the problems that transgender people still face, and Kate O’Donnell is a wonderful performer and activist for LGBT and equality. I realised just how important it is for us as a society to educate ourselves on transgender issues and ensure we can be allies to this marginalised community. You will walk away from the show with goosebumps, feeling inspired to fight for equal rights for all human beings.