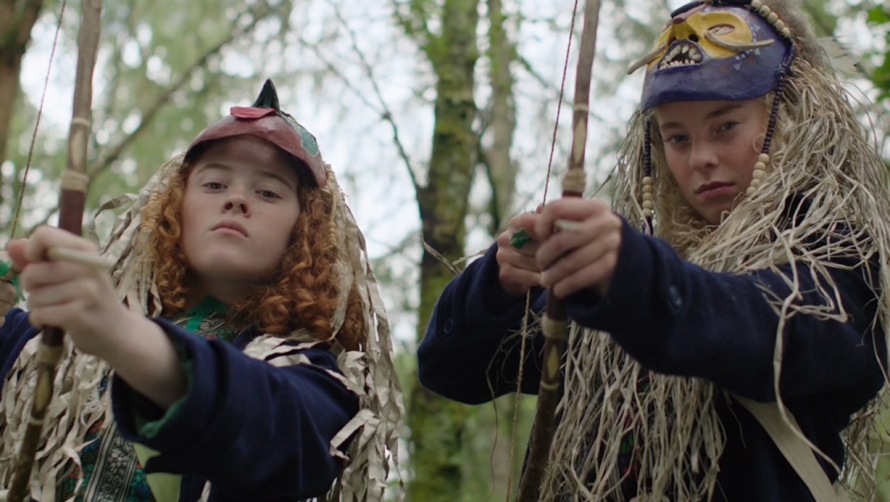 Swallows & Amazons hits Warwick Arts Centre’s cinema screen this Friday, 26th August. It’s one of the highlights of our Family films programme – Sun Screen – and this much anticipated movie stars several young actors; some of whom have never acted professionally before.

Warwick Arts Centre caught up with one of those actors this week….Hannah Jayne Thorp who plays Peggy Blackett, the youngest of the Amazons, told us all about the production, being picked to star in the film and why Swallows and Amazons is a must-see family movie!

1) What is your character like?
Peggy is a cheeky, careless character who is pushed around by her older sister Nancy.

2) How did you get the part in Swallows & Amazons?
A casting agent came round to my school, basically picking kids she liked the look of and chose me to come to an audition. Little did I know it would be a major film!

3) What was the best part of the filming?
The best part of filming was probably filming outdoor scenes in a big group. I really enjoyed working with everyone!

5) Did you have to learn any new skills for your part?
Yes, I had to learn to sail, which was extremely fun!! I loved being out on the lake, it was so peaceful.

6) Do you think Swallows & Amazons shows off The Lake District well?
Yes, the film really shows off the Lake District as the beautiful and natural place it is! I think it will really inspire people to come and visit!

7) Why should people come and see the film?
The film will remind those of times gone by – what life used to be like when everyone was free and they were independent. However it will also open the younger generations’ eyes into having some more fun and living on the edge this summer!