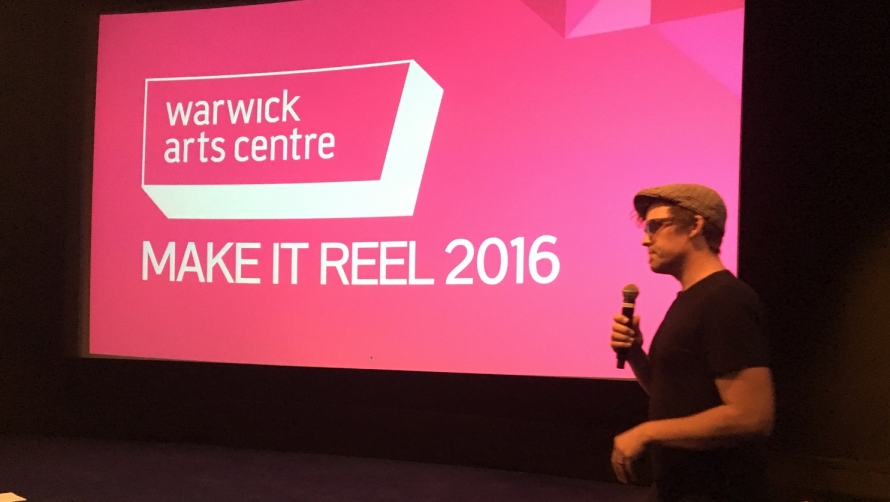 It was all ‘Lights, Camera, Action’ for 5 days at Warwick Arts Centre, last week, as 22 youngsters came together to test their Steven Spielberg skills.

The Make it Reel film school for 12 – 15 year olds, led by local film makers Dom Breadmore and Jon Randle, challenged the participants to create and a make a film in just five days.
Working as part of a team the popular Summer School helped navigate the young film-makers through the film process of devising a seed of an idea, through to storyboarding, writing a script, rehearsing the film, shooting the production, editing, adding a sound track, mixing and mastering the final piece; all using professional-standard equipment.

The five final films then received a world premiere screening at the Warwick Arts Centre cinema for friends and family on Friday 5th August.

Carly Mee, Education Officer at Warwick Arts Centre, said: “Working with, and engaging, youngsters is an important part of the work we do – equipping them with the understanding and key skills to extend their learning within a creative environment. Dom and Jon are very experienced in delivering inspirational workshops and it is great for the youngsters to work on ideas from the beginning and then taking it through to a final performance and screening at the end of the week. This year, there was a real focus on the quality of shooting and the soundscape and we were so very impressed with the standard of the work produced – all of our young film-makers should be rightfully proud.”

You can watch all five films, here, on our Warwick Arts Centre You Tube channel