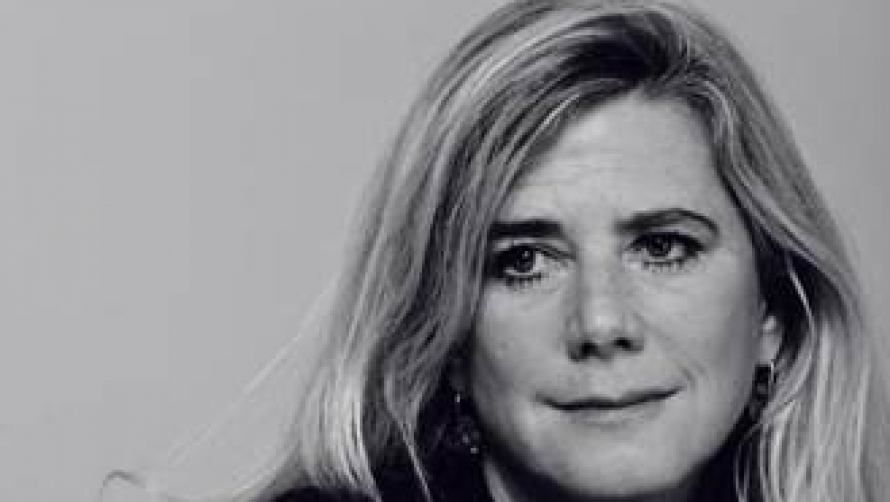 Frantic Assembly bring their beautiful new production, Things I Know to Be True, to Warwick Arts Centre from Tue 11 Oct to Fri 21 Oct 2016. Ahead of their arrival we spoke to one of the stars of the show; the wonderful stage and screen actor, Imogen Stubbs.

Have you worked with Frantic Assembly before? What drew you to the play and the part?

No. I really wanted to work with Frantic Assembly because I really liked them, and the people who are directing are really gorgeous and funny, which is a great bonus. I wanted to do something that was physical. My partner was in Speaking Tongues and my daughter was in When The Rain Stops Falling, and I really like Andrew Bovell’s writing, so that’s a great coincidence; that it’s not just Frantic Assembly, but Andrew Bovell – that’s just a lovely combination. And also, it’s a really good part – very different for me, a challenge.

Can you tell us a little bit about your character in the play?

She’s a matriarch; somebody who’s actually, in some ways, thwarted by her situation, and by having children. Though she’s passionately proud of her children, and champions them, at the same time, up to a point, they are the reason she didn’t do more with her own life, and in some ways I expect there is some sort of residual resentment or sadness there. And therefore, some of the things the children do reflect elements of her own personality that have been suppressed.

Did you get to see the production in Australia before you started?

No, I didn’t fly over for that. I think that’s probably a good thing. I’m not sure if it’s a good idea to see other actors, especially sometimes playing the part the writer’s wife has played – which he probably wrote for her as her huge passion, and her strength as an actress.

Do you think it would affect your performance seeing someone else in your role?

No actually, I’ve got no problem with that; but I haven’t seen it.

Frantic Assembly are well-known for their celebrated physicality; how are you enjoying that part of the production?

I love doing all the exercises; I love doing volleyball – I’m going to keep that up. That side’s fantastic, because it really bonds you and makes you feel great – and it just makes you fit. The actual play is certainly not a dance-drama. I think sometimes they do things that are more movement-led. For anyone expecting it to be sort of like Martha Graham, I think this is more of a play with movement.

You’ve worked on both stage and on screen; which do you prefer? If either of them.

Stage. I mean I’ve personally never been very comfortable with the camera, and also, not that I’ve ever been particularly famous, but I think fame is a curse – being recognised these days is just a nightmare, not a huge bonus. I think in the old days actors retained some mystery, especially those that leave the stage door with a cloak wrapped around them. I think mystery is a really handy thing for an actor to have, if they’re lucky enough to be able to hold onto it.

What was your first theatre job?

My first theatre job was Sally Bowles in Cabaret at the Wolsey Theatre, Ipswich. I was still at RADA and was 23 or 24.

Obviously in Warwick, lots of theatre and drama students use the Arts Centre which is on campus. What do you wish someone had told you when you were starting out?

I think it’s really hard now. You’ve got to be so hardy; you have to have enormous self-esteem, otherwise don’t do it. You’ve got to have enormous self-confidence just by whatever happens to you. What do I wish people had told me? One of the things is that crying doesn’t equal great acting. I think lots of young actors think, I have to really go there every single time there’s an emotional thing; I’ve got to really cry – I’ve got to put myself in a very dark, miserable place and cry. That’s what I think is quite a good thing to learn; that you don’t have to cry every time you’re playing somebody sad. I mean you can, but sometimes it’s more powerful not to cry. And it’s just a stupid thing like that you really think, oh god I get it. And also, you need to learn: what works on telly, doesn’t work on stage necessarily; that there is a technique to appearing natural on stage, which isn’t television naturalism.

You spent a lot of your early career at the RSC in Stratford, and recently at the Belgrade [Theatre, Coventry] as well; are you looking forward to going back to the area?

Yeah, I’ve got a really good friend who I’m staying with in Coventry; a very good friend of mine. I haven’t been in Stratford for years – when I was there, after a while when you’re in Stratford for years, you start hanging around travel shops, and I ended up becoming a travel writer for about 20 years, as a result – that’s another story. But yes I am – it’s lovely; I’m really looking forward to that… visit old haunts.