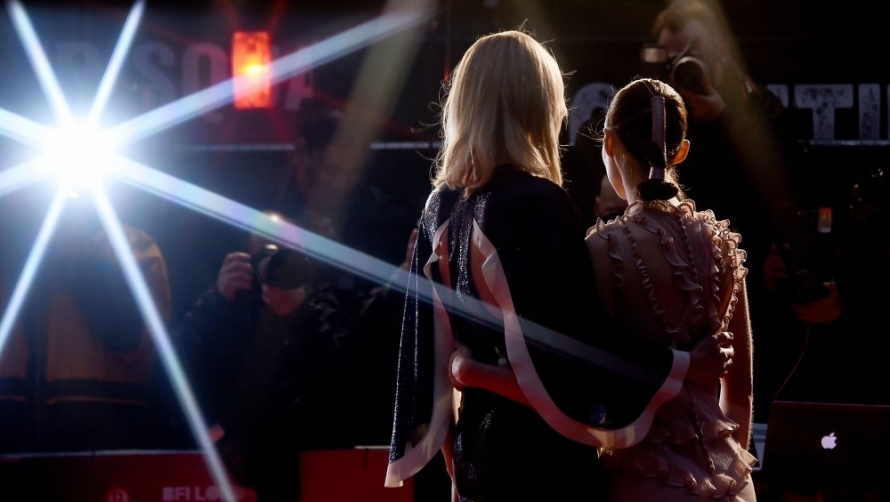 The BFI London Film Festival has delivered some real cinematic gems. John Gore takes us through the highlights.

Two days without glasses is an unexpected challenge. The consequence of getting dressed in the dark. Why not? I am spending the rest of the week in the dark.

I am having a good festival. Fewer but longer films have proved rewarding. Or maybe I have just got better at reading the tea leaves and understanding what publicity blurb realises! Guilt by omission.

Chi Raq is a curious but intriguing hybrid, Spike Lee’s hip hop musical based on Lysistrata. Very much an endorsement of the Black Lives Matter campaign, the ladies of Chi-Raq (Chicago) stand up to the black-on-black killings by refusing the affections of the menfolk until peace is achieved. Some impressive set pieces & terrifying stats in what may well be a new cult classic.

Birth of a Nation, in contrast is an earlier episode in Black American history, the Nat Turner slave rebellion of 1830. This is a significant event which deserves a more adept and nuanced treatment than Nate Parker gives it.

Bertrand Tavernier’s A Journey through French Cinema felt like an indulgence. At 195 mins, it is one for devotees but with Tavernier’s insight and experience and a cascade of clips, it left me eager to watch or re-watch dozens of classic movies as soon as possible. There are also strong opinions, insights and gossip here. Watch out for it in the French Film Festival in November, it will not disappoint.

Ethel and Ernest, in contrast, is a concise 100 mins in which Raymond (The Snowman) Briggs recounts 40 years of social history through the eyes of his parents. It is a whistle stop tour of change, partly nostalgic but later profoundly moving and all delivered in his familiar animation style. I think this may be one of the most affecting films of the festival.

Les Innocentes is a Franco Polish film by Anne Fontaine of a young French doctor in liberated Poland in 1945. When she is called to a convent she uncovers attrocities. First she has to deal with the consequences but then to address the moral and philosophical issues. This will leave you talking long after it ends.

Lion has been flagged as one to watch come awards time. It is an emotional tale of a lost child, taken from his mother in India to be adopted by an Australian family only to search, in later life for his lost family. It has an epic sweep, stunning Indian landscapes and noticeably little dialogue. Indeed, communication is one of the film’s themes. Dev Patel puts in a suitably graduated performance and may feel the benefit of the support of the Weinsteins come Oscar time.

Nocturnal had a certain buzz in Toronto but it fails to translate across the pond. Set in Luc Besson territory, it tells of a group of young, pretty anarchists on a nihilistic terrorist spree only to hole up in a department store. Stylish and rich in imagery, it fails to connect with the world outside.

Closing film of the festival is Fire Fall, Ben Wheatley’s (Sightseers, High Rise) homage to Reservoir Dogs. It has boys, guns and banter plus a kaleidoscope of ingenious forms of death. It won’t stretch your brain but for sheer adrenal mayhem, it passes 90 mins happily.

And so to Beds… or rather Milton Keynes! It has been a more satisfying festival and leaves me optimistic for the months to come.