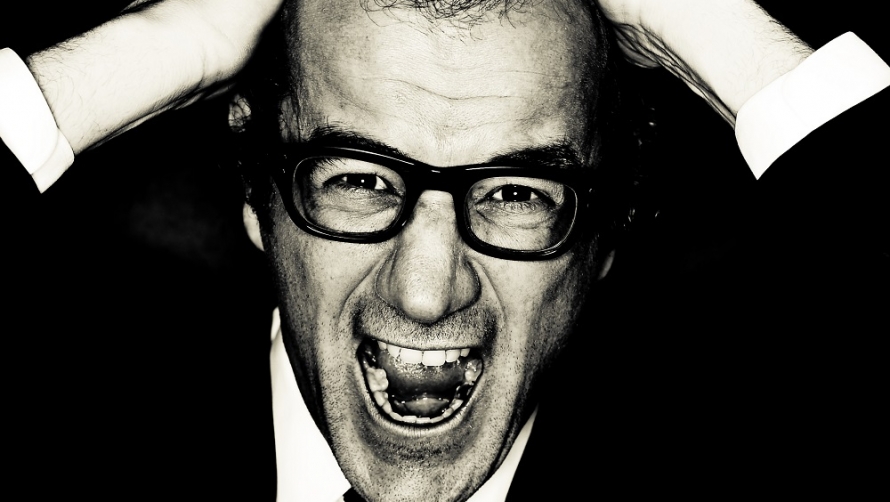 Comedian Josh Howie heads to Warwick Arts Centre on Sun 13 Nov. Ahead of his show we spoke to the man himself about his sources of inspiration and living the life of a stand-up comedian.

You’ve spoken in interviews about how much you cherish your role as a father – are your children also a source of inspiration for your stand-up?

Kind of…but it’s more about what they represent and how they’ve changed my role as a human and how I spend my time, rather than them saying something funny or stupid. Being a dad opens up a whole new set of circumstances for me to get into trouble and new people for me to get into altercations with – in playgroups, at the school gates etc. You write about your reality, and my day-to-day reality is trapped in a world of nappies and seesaws.

You recently starred in your own BBC Radio 4 sitcom, Losing It. Does your material for radio have to be very different to a stand-up routine or is there cross-over?

There’s definitely cross over between the two, but that’s mostly laziness. And a funny story is a funny story. What’s different is how they’re presented. Mistakes I’ve seen from stand-ups doing their own sitcom in the past, is they just try and transpose their stand-up material straight across. But stand-up and sitcom are two very different mediums with their own sets of rules, and writing the series was like being a beginner all over again as I went back to the drawing board. So, some of the core inciting incidents might be the same for both, but how they’re examined and expressed and where they end up, are vastly different depending on the development required to fit those specific rules. And the rest is stuff that would only ever work as stand-up and vice-versa.

You’re now embarking on your first UK tour – how do you adjust to life on the road?

This is my first solo tour, but I’ve spent a decade criss-crossing the UK and the world performing at comedy clubs. So the road and me are already good mates. But we are getting a bit tetchy with each other. After a few days together I start really missing my kids and am anxious to get home, then the moment after I step through the door and my wife hands the baby over and the other three are jumping on me, and she retreats to the bedroom to pass out, I stare mournfully back at the door.

What advice would you give to students who might be thinking of a career in comedy?

This question made me stare at the computer for an hour remembering my own journey, until I realised I was sobbing. It’s tough. Best not to think of it as a ‘career.’ Maybe as a way of life. Or a cult. Or the mafia, in that gaining access is almost impossible, and then you can never escape.

You’ve been referred to as a ‘circuit legend’. Is there much camaraderie between comedians on the stand-up circuit

Absolutely. Other comics are the only people, apart from their partners, who know what it’s
like to live this life. From crappy open spots in the back of pubs up to TV and theatres, it doesn’t matter if you’re a brand new comic performing for five minutes in front of a handful of people, up to the biggest act in the world. There’s a bond and shared experience between the two. On the flip side there can be bitterness and jealousy as seemingly undeserved or unfunny acts pass you on the ladder, but that passes when you realise the ladder isn’t actually real in the first place. Or you’re on a different ladder, or whatever. The point is, 99% of comics are cool, funny, intelligent and knowledgeable company, and some of the best times of my life have been spent shooting the shit in green rooms. Doing a tour with its privilege of writing and performing a show for audiences who’ve specifically come out to see you, is something I’ve aspired to for a long time. And whilst there’s a real skill in being able to always deliver the goods in the varying circumstances of club comedy and it keeps you honest, I’ll be missing the camaraderie of that world.

What can our audiences expect from your show at Warwick Arts Centre on 13 Nov?

What they won’t get is me waffling on about comedy and all of the above. When I step out onto the stage at Warwick Arts Centre, all I’ll care about is making everyone laugh. Mostly at my expense through recounting incidents where upon reflection I might not have been on my best behaviour. That this laughter will help fill the endless hole of my neediness is a bonus.