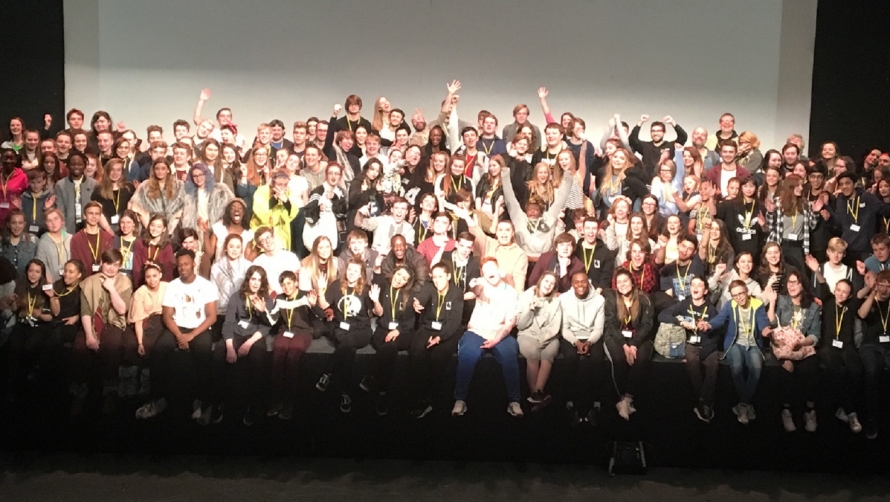 Last weekend Warwick Arts Centre was taken over by 200 talented young people from all over the Midlands. Nine youth theatre companies stormed the main stages as part of NT Connections, performing with passion, focus and excitement. We had 9 get-ins (and outs), 9 technical rehearsals, 9 shows, 7 workshops, dinner for 200+ in La Gusta and 1 disco for 200 teenagers…easy right? Actually, yes! Carly Mee (Warwick Arts Centre’s Education Officer) worked her incredible organisational magic and created a weekend that not only ran smoothly but also kept everyone informed and entertained throughout. Of course, a weekend like this also takes a strong team to make it a success and we wouldn’t have been able to do it without the hard work of the wonderful WAC Connections Company’s directors, Natalie Hart and Nic Miller, and all the other directors, backstage crew and Warwick Arts Centre staff; thank you all for helping to make this such a positive weekend!

Connections is the National Theatre’s nationwide youth theatre festival. Each year it offers a unique opportunity for youth theatres and school theatre groups to stage new plays written for young people by some of theatre’s most exciting playwrights, and to perform in leading theatres across the UK.

The companies taking part this year varied from performing arts colleges who have full facilities to high schools who don’t even have a Drama A Level, never mind performance facilities and yet the standard throughout was exceptional. One teacher commented that their arts provision in school is being squashed. They have nothing to support their company – no money, lights, stage or rehearsal space. They rely heavily on projects like this one to provide their students with drama opportunities. One student mentioned that it’s this kind of extra curricular provision that’s giving him and his friends the experience they need to be able to move forward and study performing arts at university.

For most of the participants it was their first experience of campus accommodation and for some it was the first time they had even visited a university. They experienced an exciting snapshot of a weekend in the life of a student and although the festival is not a regular student weekend, they still got to see how students might study, eat, sleep, socialize, work and perform together on such a vibrant campus. It was the perfect taster for arts students interested in pursuing a career in theatre and an exciting opportunity for Warwick Arts Centre to be able to demonstrate just how viable a career in the arts can be.

And these students could certainly consider a career on the stage – their performances were wonderful to watch! Each company had been rehearsing for months and with home performances already under their belts, they took to the professional stage with a determined ease. The inevitable nerves were rumbling below the surface though, with one student exclaiming ‘my stomach just danced…we’ll be on that stage’. In fact, the size of the theatre stage was a hot topic! Exclamations of ‘Wow, we get to be on that stage’, ‘we really get to go up there’, and ‘I’m going to have a heart attack, that stage is huge!’ could be heard as each group took their seats for the first theatre performance of the weekend. The atmosphere in the auditorium of each performance was electric with nerves, excitement, and admiration and each time the house lights dimmed, even for the final show of the weekend, there was a lovely sense of support emanating from the students in the audience for their peers out there on the stage.

The shows varied in subject throughout the weekend with audiences treated to WAC’s Connections Company’s superb Status Update; a bold and truthful portrayal of what it means to grow up in the current climate, Walsall College’s magnificent FOMO; an electrically charged, fast paced exploration of a teenager’s life in the digital age and what lies behind the veneer of social media and Woodrush High School’s triumphant Three; a funny and touching exploration of relationships that exposes the internal struggle teenagers all face when looking for love. These shows stood alone in the programme with each company tackling the very real challenges facing teenagers in the modern world, allowing the actors to dig deep and weave personal experience into story to create truthful and sometimes emotionally raw performances.

We also had some colleges and schools who faced the challenge of presenting the same plays. The results were marvelous to see with each company bringing a unique perspective to the stage. Dudley College and Halesowen College both executed powerful performances of The Monstrum; a dark tale of monstrous teenage transformation that exposed the fear adults deal with when adolescence kicks in. John Willmott School and Perfect Circle Youth Theatre both brilliantly maneuvered their way around the oppressive world of Zero for the Young Dudes; a study of the psychology of inmates held in a post-apocalyptic camp for rogue teens and Coppice Performing Arts and King Edward IV Five Ways School both presented brave interpretations of The Snow Dragons; an electric tale of children surviving tragedy, sacrifice and sabotage with courage, bravery and team work. These plays all asked the actors to inhabit dark, other worldly places, a task that might easily have masked some of the subtle undercurrents of the subjects and yet each managed to spectacularly tether these worlds to the realities of the often turbulent and distrustful relationship between parent and teen experienced every day in the real world.

It was incredible to see how each company worked in different ways; especially noticeable when watching the same play performed very differently by two companies. There was a Q&A session after each performance that helped the audience to understand where the inspiration for each play came from and we loved hearing about the techniques that the companies used to get the best from the script and the actors. One of the most popular questions asked was ‘what was the toughest moment of your rehearsal period?’ and nearly each time the answer was that the scripts offered very little in character direction – many of them didn’t have character names, only letters or none at all and the consensus was that after the initial difficulties this caused in structuring the show, it ultimately led the groups to work together closely as great ensemble companies. And this was evident in every performance throughout the weekend – each company took to the stage as a confident team of collaborative and skilled actors.

All in all, NT Connections 2017 was a hugely successful weekend that truly showcased some of the most exciting emerging talent from the Midlands and we can’t wait to see some of these faces back on our stages as professionals in the future; each participant is now part of the fabric that makes Warwick Arts Centre so great. As the weekend came to a close on Sunday evening, we saw 200 tired but proud faces say their emotional goodbyes to new friends, happy in the knowledge that they’re now part of Warwick Arts Centre’s history and the wider NT Connections family; a family that grows each year with new talent finding their feet in professional theatres all over the UK. 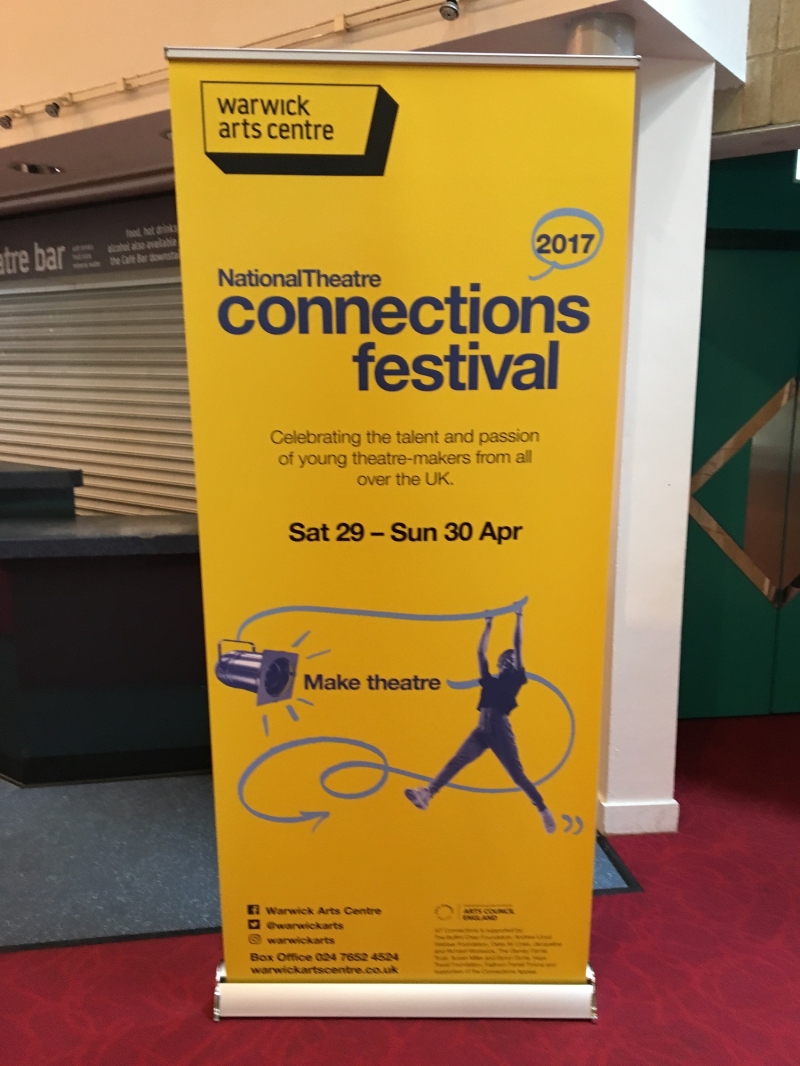 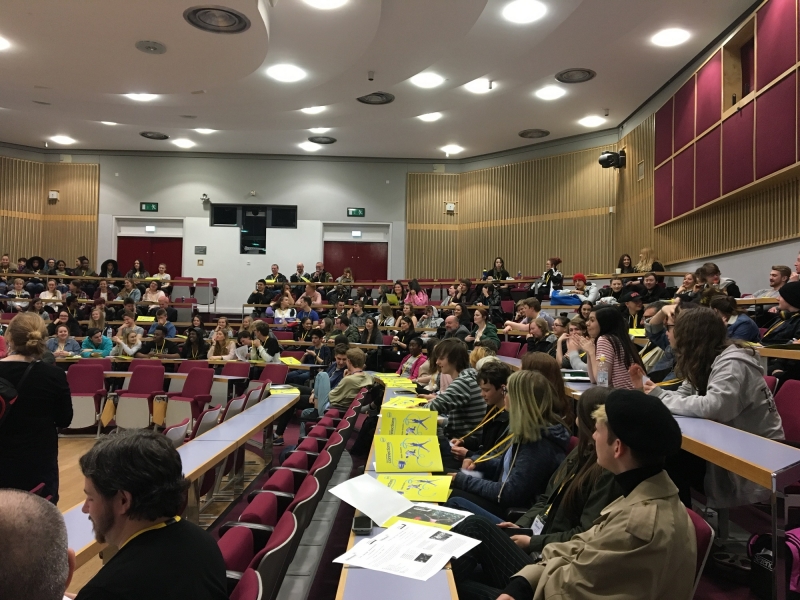 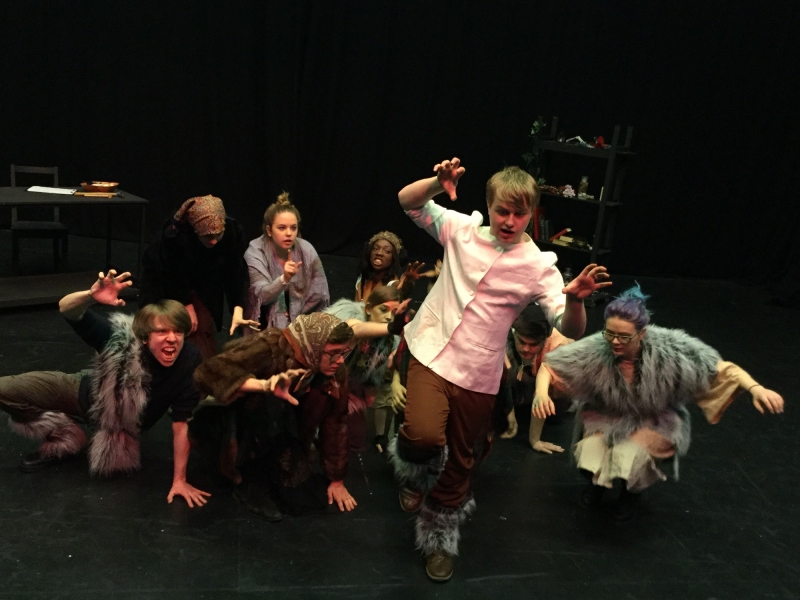 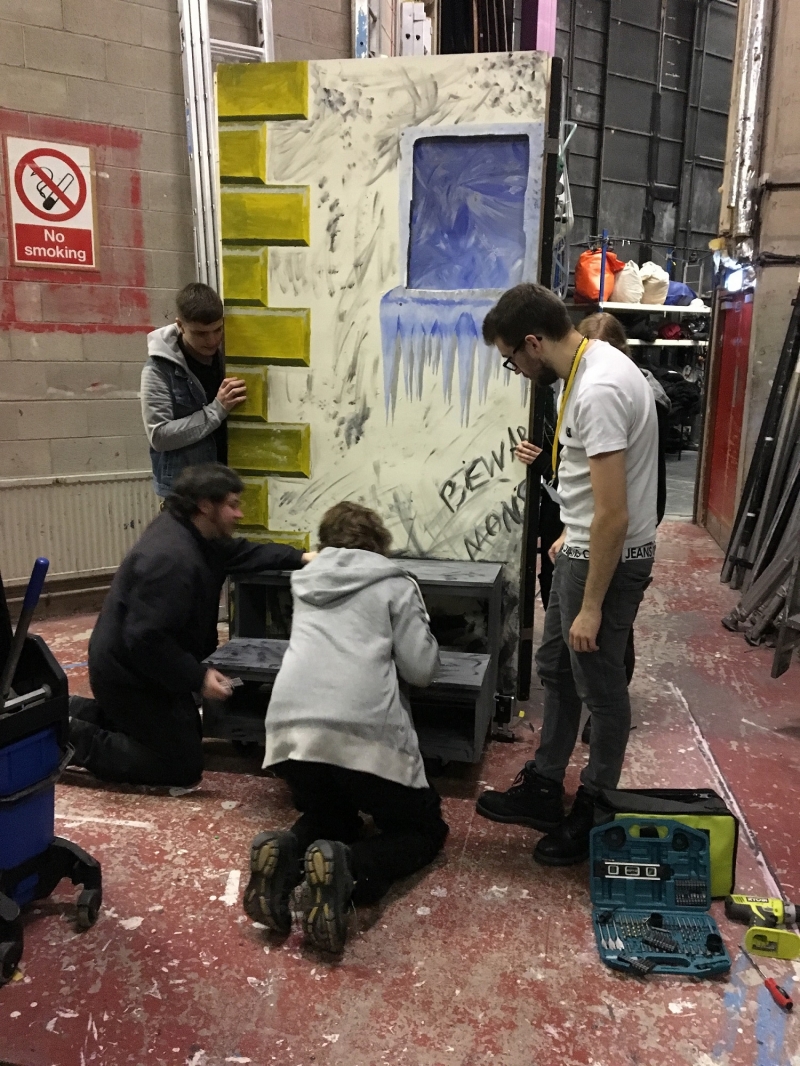 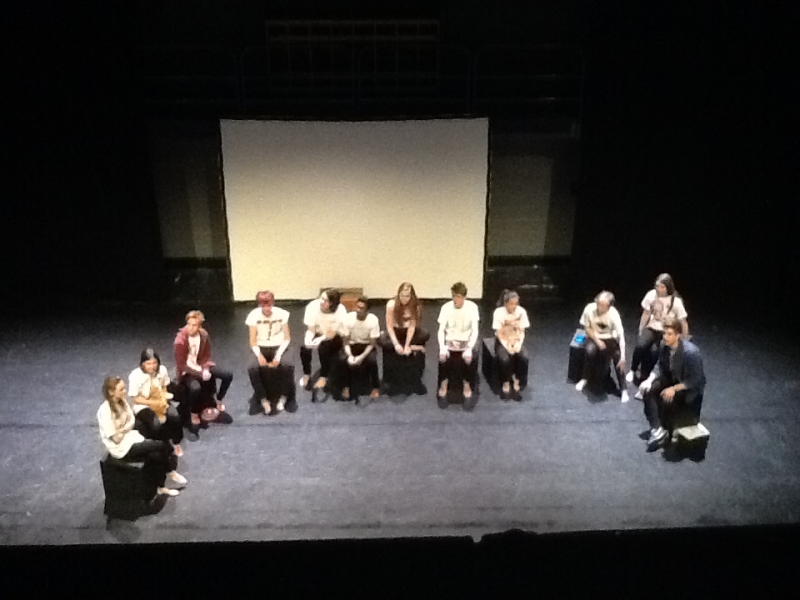 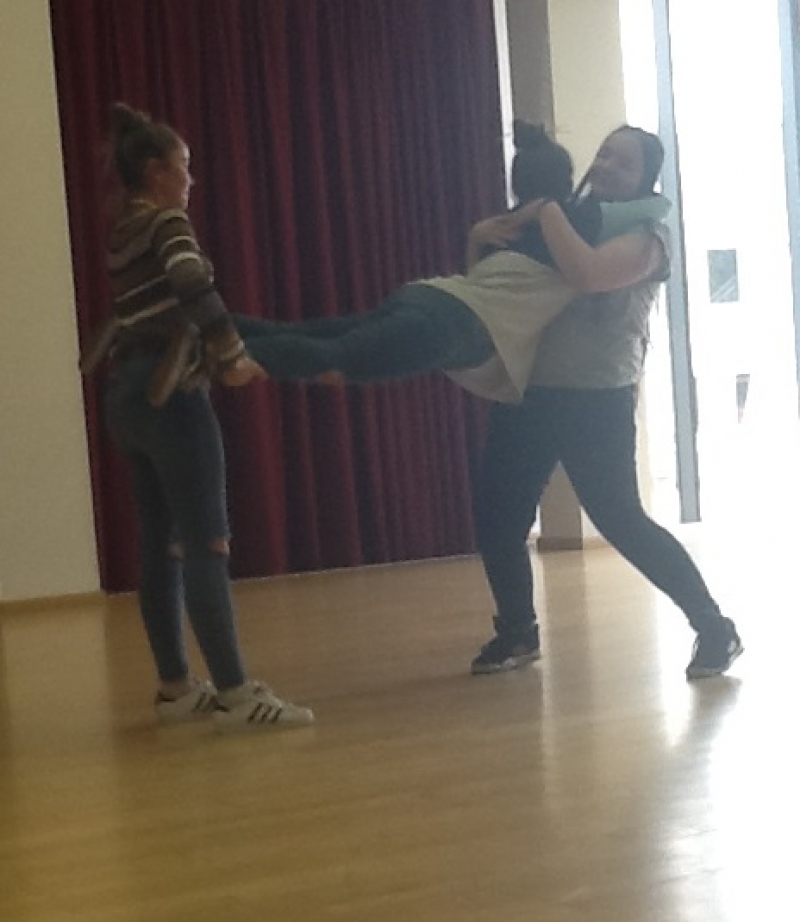 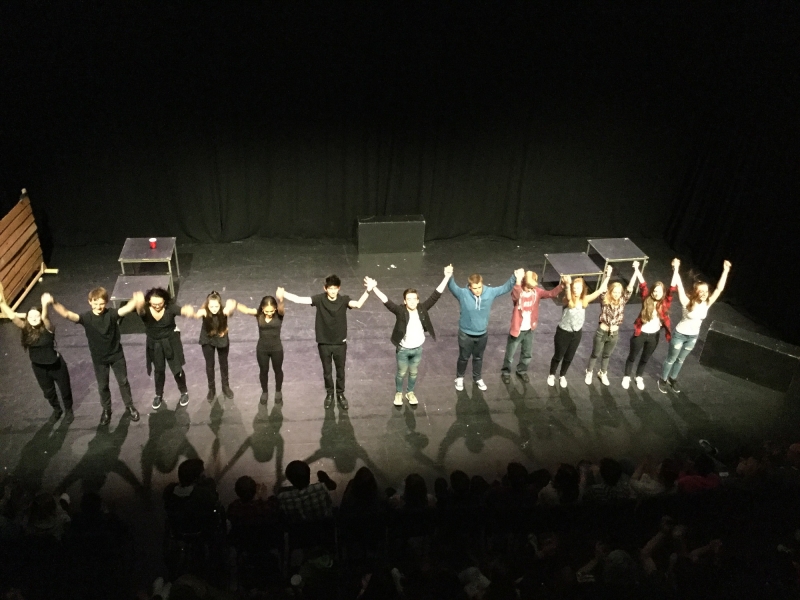 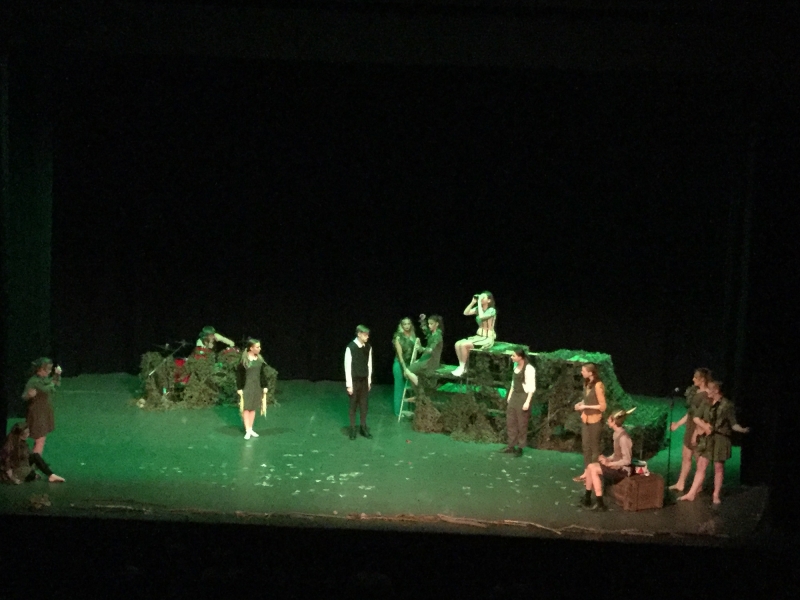 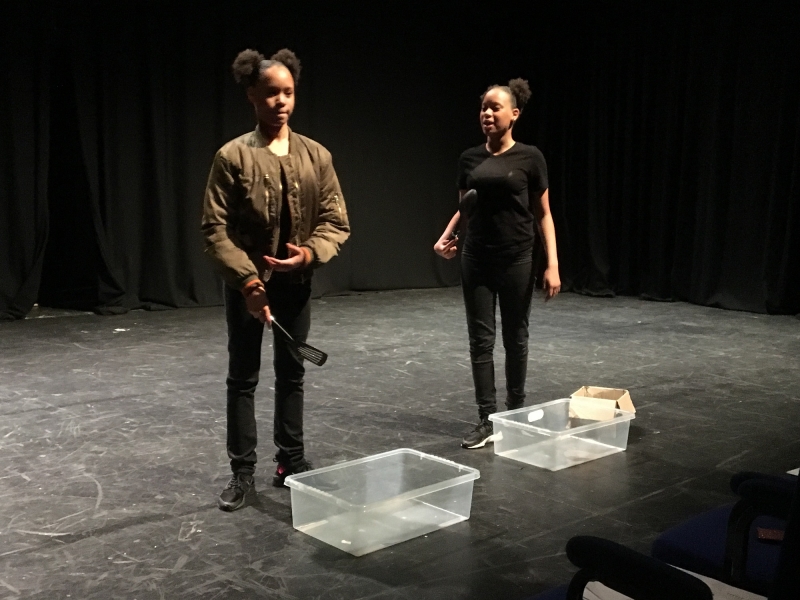 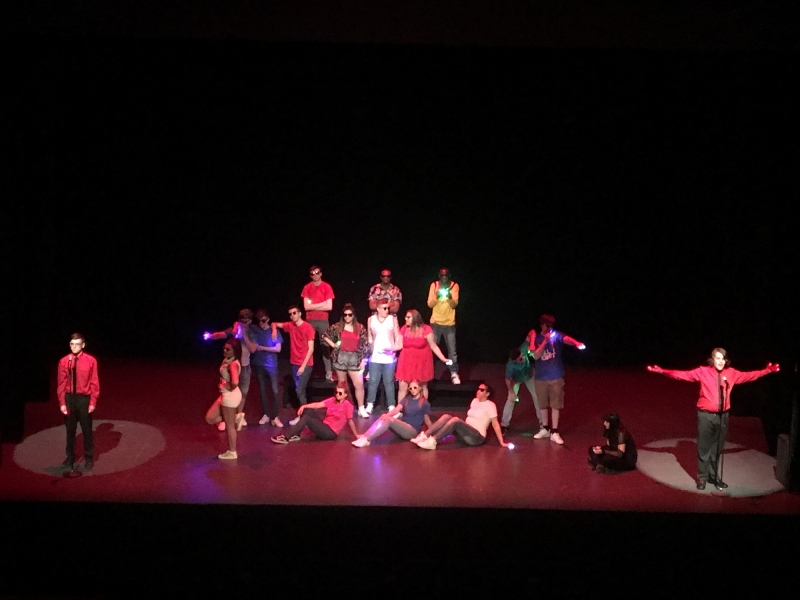 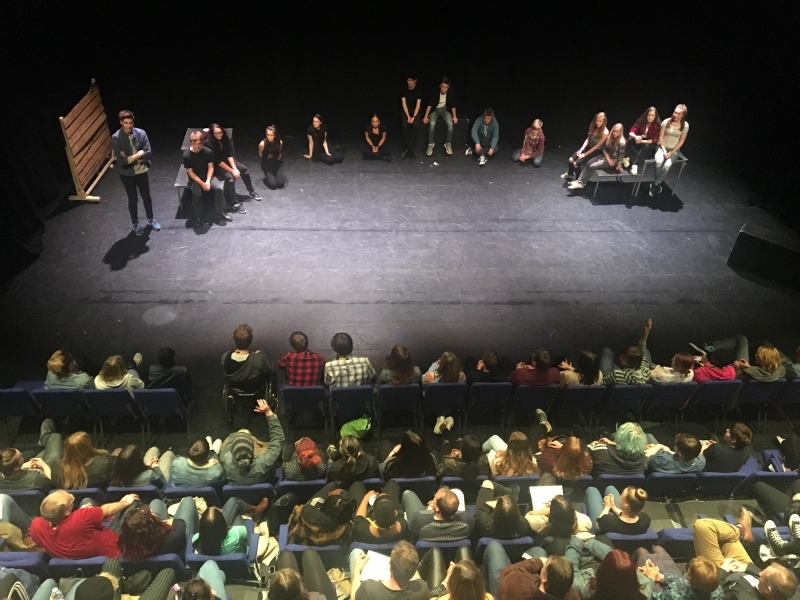 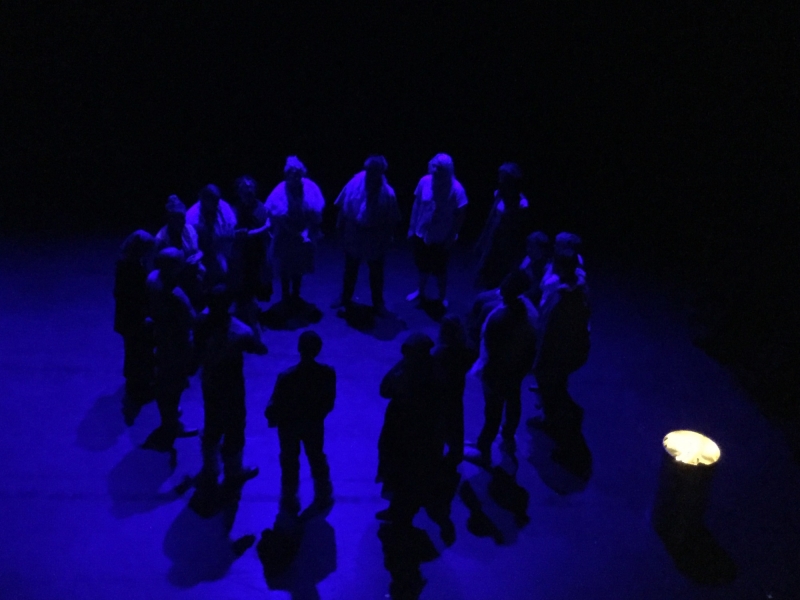 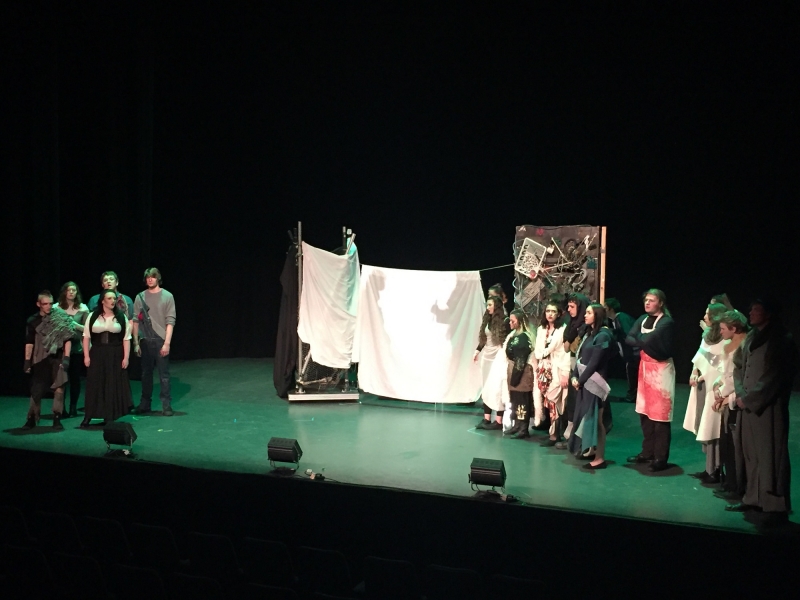 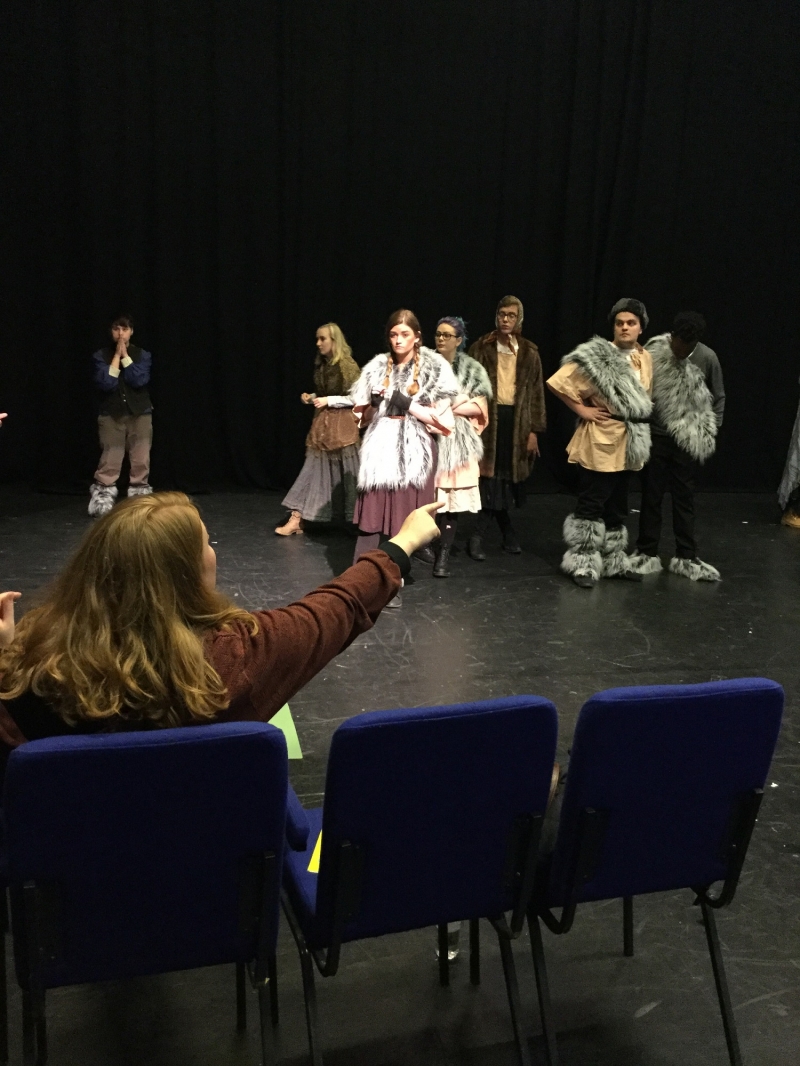 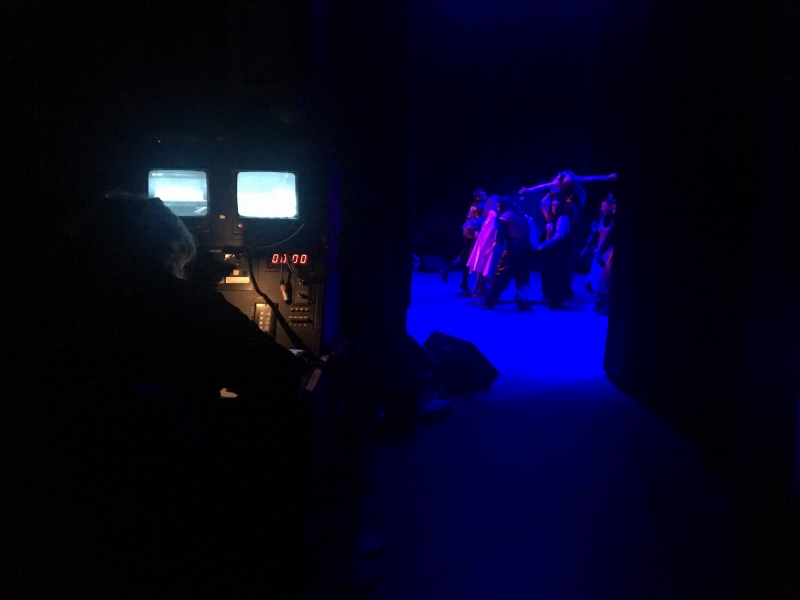 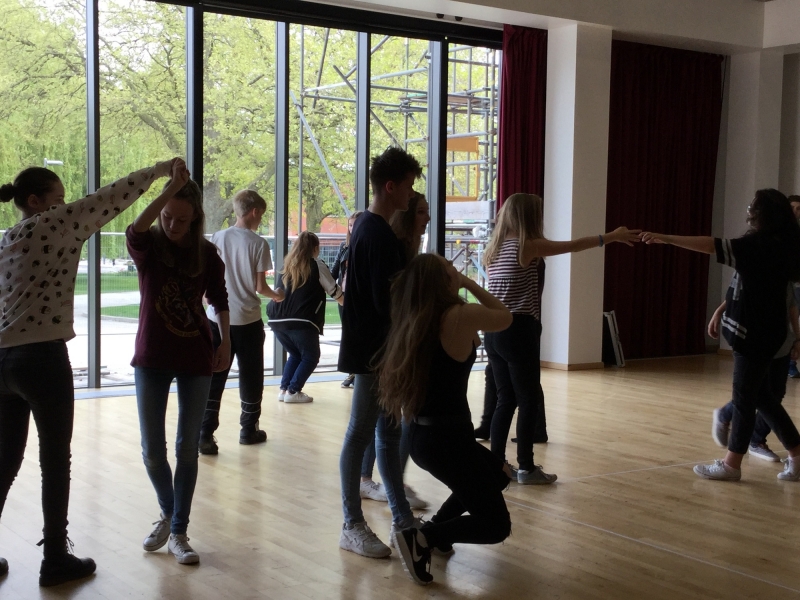 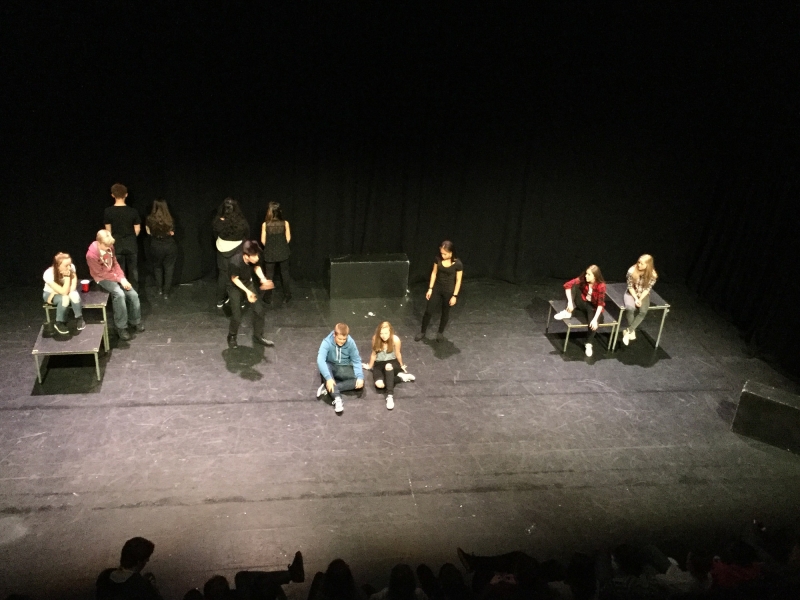 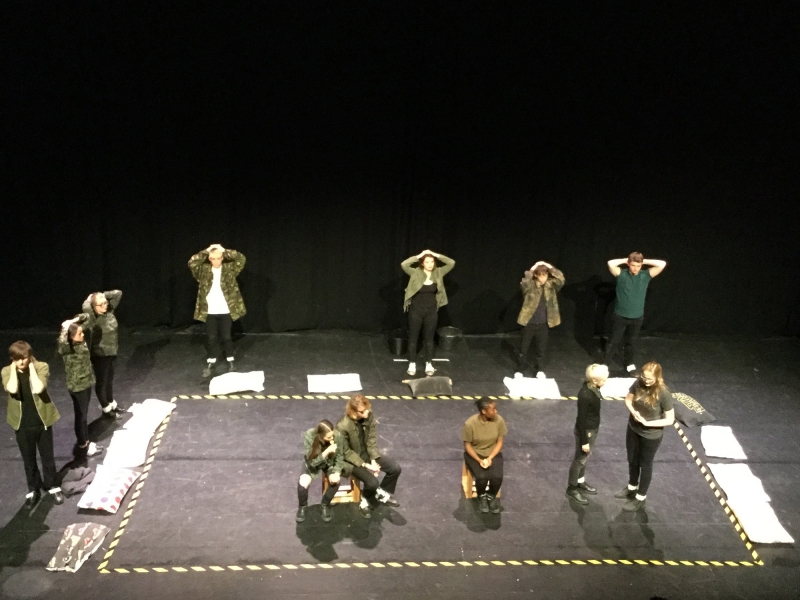 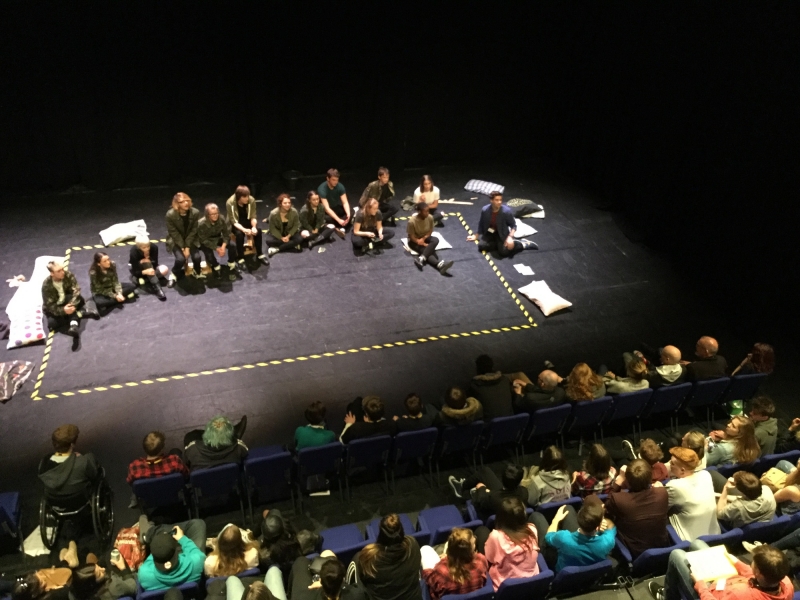 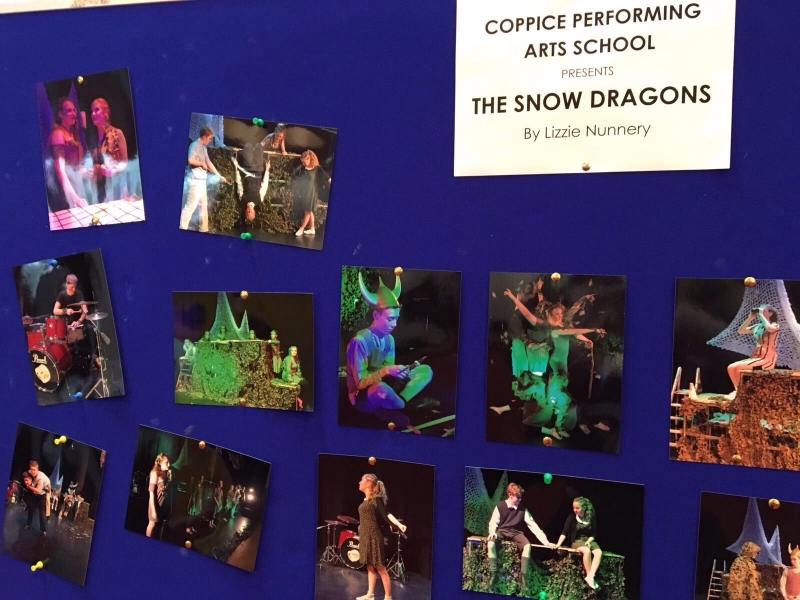 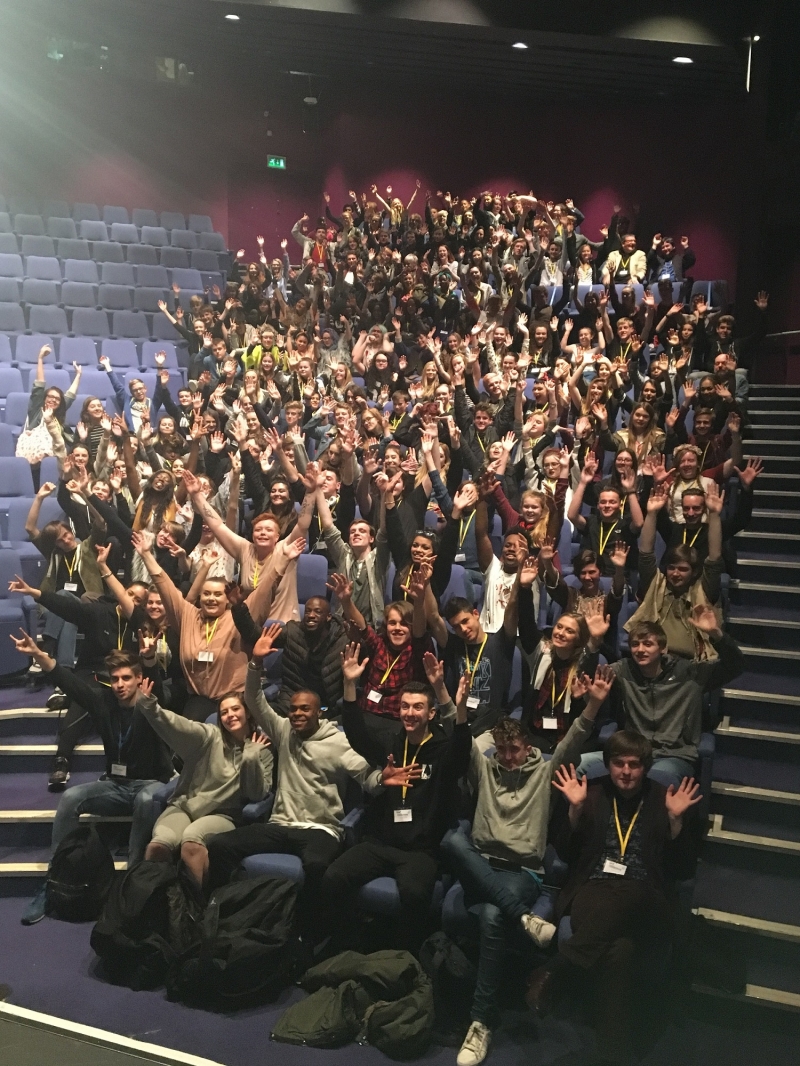