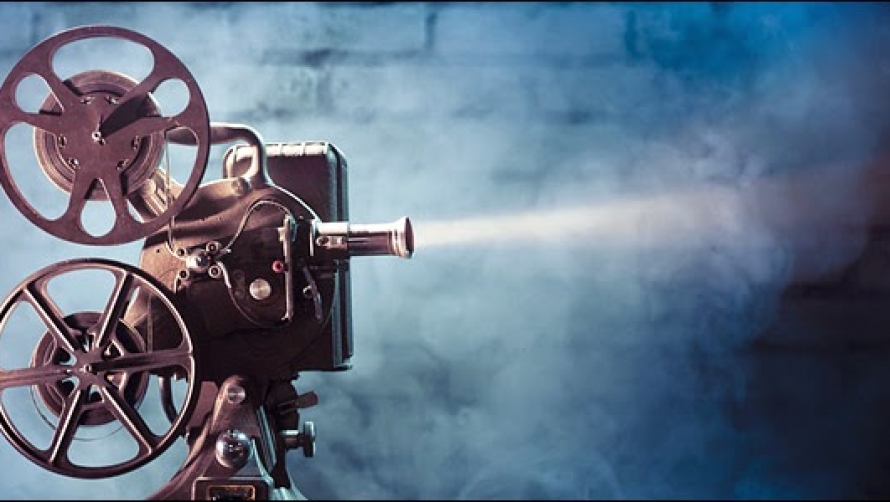 You’re trying to tell us that Cinema is on the way out? We don’t think so! Here our film programmer, John Gore, investigates what we must do to ensure cinema remains diverse, interesting, entertaining and exciting and keeps us coming back to the big screen.

The press have always enjoyed playing prophet of doom (probably available for X Box) over the fate of cinema.
TV was going to kill off cinema going. It did not, but it made it change its shape and get bigger, more spectacular or small, cheaper and more flexible.
VHS was the end of cinema. It was not. It led to a better informed audience hungrier for a revived industry’s output, spurred on by the multiplex revolution of more screens and more choice (sort of). DVD and BluRay would be the death of the big screen because now you could enjoy the cinema experience in your own home. The great thing about cinema is it is not in your own home. The phone does not (should not!!) ring, the baby does not wake up, the dog does not insist on being taken for a walk on fear of dirty protest and Maureen and Claude do not come by on the point of emotional collapse and relationship apocalypse that requires your instant, undivided attention.
Video on demand (VOD) and Box set Culture (with or without the ’chill’) are the latest claimants to the vanquishing of the picture palace. Not so. Wonderful though they are, they are still small screen, domestic entertainments.

This should not suggest that all is well in the land of International Cinema. We were warned, at the time of the advent of digital, (it was a time without sprockets…!) that the market would stretch; the parabola of popularity would elongate so that the big movies would get bigger and the tail of smaller titles would get longer and those of middling value and appeal would be squashed in the middle. Alarmingly, much of the British film industry fits into this pressured portion.

The successful British movies are, by and large, those funded with US or multinational money that will play internationally and are as British as Cadbury’s or Boots. Even I, Daniel Blake has only managed $4.2 million (sic) at the domestic box office ($6.4 million in France). Multiplexes were relatively slow to pick up on the commercial value of a film about poverty.
The award winning films came from large independent distributors, La La Land, Moonlight, Manchester By the Sea, were big investments for frugal pockets and returned commendably high profits.

What we are seeing is that the products of major distributors whose expectations are not stellar are relegated to the lower divisions of priority and their marketing budgets and profile limited accordingly. A film that performs badly in the States or receives indifferent press is unlikely to be given much of a second chance in the UK. We did not even get to see WTF last year, a sharp satire on American involvement in Afghanistan and the press coverage of it. It went straight to DVD and I would recommend you look out for it.
Just this week, I have watched Norman, a plaintive tragicomedy of a New York financial and political fixer, an eternal wannabe, which has struggled to find screens in spite of Richard Gere giving one of his finest performances (here is an actor who just gets better with age).
After early talk of 20th Century Women as an awards’ contender, audience response Stateside to the sharp, witty script and beautifully observed performances, especially from Annette Bening, enthusiasm waned and the starry promise fizzled out. Worth catching up with, when you see it.

Transatlantic fare is one thing but the rich diet of European film that we enjoyed in the second half of the last century has also become more meagre. We used to anticipate a major release from French cinema at least once a month. This has diminished to a couple a year, usually starring Isabelle Huppert of Catherine Deneuve ( the French equivalent of a dame). Fewer are being bought for distribution and the investment in bringing them to market has been much reduced. The quality and diversity has not reduced. We can look forward to a couple of German titles a year, a couple of Spanish and maybe some Italian or Scandinavian (noir or otherwise) but here, we are seeing production focus on the more internationally inclusive TV market. With a bit of luck your film will be picked up to be remade, cheaply, in the States.

It is very important that we decide what we want from our cinema. Should it be the sole reserve of superheroes, car chases and explosions which resonate the world over or whether we still want to tell more personal, perhaps more local stories on a big canvass. The way that we do that is only ever measured at the box office. You vote for this by where you buy your tickets and how often you do it. It is not the end of the world as we know it but it does require those who care to make an active choice. We shall continue to deliver quality cinema for questioning minds. We shall have fun in the process. Bring us an open mind and we’ll give it something to to amuse and engage.