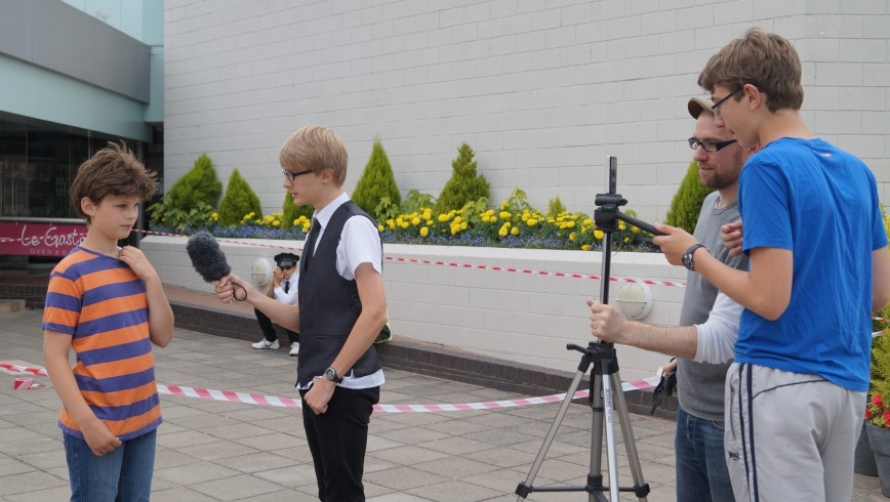 Calling all young performers! Do you see yourself as the next Steven Spielberg? Are you desperate to learn about acting and take the first steps towards winning your Oscar? Or are you simply interested in how to put together a unique production for the stage and screen? Warwick Arts Centre has the perfect solution this summer holiday.

For two weeks the Summer Schools are back, and full of exciting things to learn, discover and experience. Kicking off the season on Monday 31st July is the Make it Reel film school for 12 – 15 year olds. Led by local film makers Dom Breadmore and Jon Randle, youngsters will be challenged to create and a make a film in five days. Working as part of a team the school will navigate participants through the film process of devising a seed of an idea, through to storyboarding, writing a script, rehearsing the film, shooting the production, editing, adding a sound track, mixing and mastering the final piece. The film will then receive a world premiere screening at Warwick Arts Centre cinema for friends and family on Friday 4th August.

On Monday 7th August, the rocket doors will open for the Jungle Run performance summer school. Aimed at 8 -12 year olds, Highly Sprung will host a fun-filled week of performance, movement, drama and puppetry. The company is well known for their engaging work with young people and this year, children will use a range of performance techniques to head out into the jungle on a wild adventure. After crash landing in the dense jungle with no map, compass or iPad – the mission is simple…get out in one piece! Following a packed performance week, the children will perform the world premiere of their show to a packed audience of family and friends in the Helen Martin Studio on Friday 11th August.

Kate Sayer, Head of Creative Learning at Warwick Arts Centre, says: “Working with, and engaging, youngsters is an important part of the work we do – and the Summer Schools are a great mix of fun, skill building, creativity, learning and performance. Highly Sprung and Dom and Jon are all very experienced in delivering inspirational workshops for youngsters and it is great for them to work on ideas from the beginning and then taking it through to a final show and screening at the end of the week. With only 5 days to produce a film and theatre production there is plenty to do and it’s hard work, but it’s also great fun.”

The Warwick Arts Centre Summer Schools will run from Monday 31st July – Friday 4th August Make it Reel and Monday 7th August to Friday 11th August Jungle Run at the Helen Martin Studio. Tickets can be booked from the Box Office on 024 7652 4524