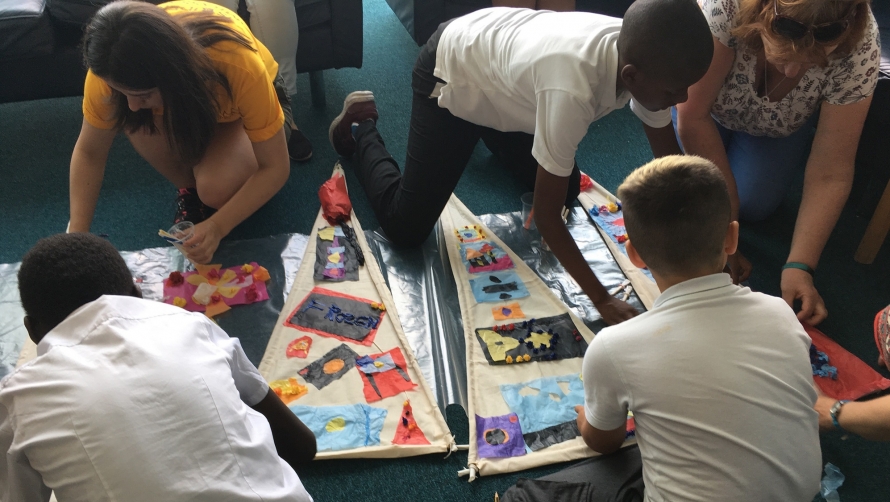 Last term the Creative Learning Department held ten Aspiration Days in which Year 6 pupils from local primary schools visited the University of Warwick for a taster of what life might be like if they chose to study at university in the future. The days allowed the students to encounter contemporary art alongside academia in a unique combination that highlighted the limitless possibilities that a university education can offer. Thanks to generous funding from the University’s Disbursement Group, we were able to offer this experience free of charge to encourage applications from schools where access to the arts is rare and aspirations generally quite low and with places offered on a first come, first serve basis, we could have ran the whole cycle twice over with the level of interest received. It’s clear that there’s a need and want for opportunities like this that allow children to engage with contemporary art to develop their visual literacy and artistic sensibilities while discovering a new world of exciting academia through interactions with university staff, students and professors. These interactions are especially important with teachers pointing out that although many of their children know ‘university’ as something that exists outside of school in adulthood, they don’t really have any personal experiences through family or friends in which to ground their knowledge and make it a realistic possibility for their own future.

Each Aspiration Day saw one class of year 6 students begin their journey at Warwick Arts Centre where they were given an introduction to the university, aspiration, sculpture and symbols before being split into two groups and heading off on a trail of discovery through campus. Led by our Sculpture Trail Leaders and Student Ambassadors, the groups were encouraged to look at the buildings and listen to stories and facts about what they hide inside – the student union, accommodation blocks, and the library. The children were encouraged to ask questions about what it’s like to live and study at a campus university and the student ambassadors worked hard to make sure that they painted a vivid and realistic picture to help the children picture themselves coming to a university at the end of their school days. Our trail leaders were also on hand to answer questions about the art on campus and make connections between academic subjects and artworks that might not be obvious on first look. It’s interesting for the children to see that you can take a single subject and view it from many different perspectives at university. Having an interest in Chemistry and Art at school doesn’t limit your choices at university – there’s always a way to combine your interests and we hoped that the children would leave the experience with this in mind.

Each group visited one of two academic departments in the morning to hear a lecture from one of the university academics, and then switched after lunch so that by the end, everyone had visited both departments. And to top it off, by the time they had finished for the day, everyone had examined at least three pieces of sculpture, talked about them in depth and then created their own sculpture filled with symbols that represented their individual experience of the Aspiration Day to take back to school.

With such a variety of subjects to study on offer at the University of Warwick, it meant that we could make every school visit unique. The students saw the inside of engineering, the sleep lab in psychology, the physics labs, the film department, the medical buildings, maths, classics, humanities and economics, not to mention Warwick Arts Centre and numerous artworks belonging to the University Art Collection, including, Bernard Schottlander’s 3B Series 1, Nechemia Azaz’s Op Mobile No. 10, Ian Davenport’s Everything, Paul Mount’s The Architect, Liliane Lijn’s White Koan, Richard Deacon’s Let’s Not Be Stupid, Keir Smith’s Variations on a Braided Rope, Laura Ford’s Days of Judgment Cat 1, Peter Randall-Page’s Dark at Heart and Stefan Knapp’s Needle of Knowledge Obelisk. Taking inspiration from the Needle of Knowledge, each school was provided with four triangle shaped templates made from muslin and bamboo and asked to decorate them with symbols of their day constructed from tissue paper and PVA glue. Once back in school, teachers could assemble the four panels to create a pyramid shaped sculpture that, when lit from inside, would shine like a beacon to represent their new aspirations.

Having run the Aspiration Days project in 2016, the Creative Learning department took on board the feedback from the participating schools and made some changes. Namely, the educational sessions were now more closely linked to the pieces of sculpture that the groups visited. There was a lovely flow through the days in which children saw the many different ways to study and consider the same subject. Listening to a lecture on classical gods and then seeing how the White Koan could represent a mythological goddess helps the students to make connections between academia and art that they might never have considered before. Or seeing 3B Series 1 and then designing an addition to the sculpture in the 3D printing lab and taking home a piece of 3D printing, can’t help but highlight how exciting it can be to combine academic disciplines that might have seemed disparate at first. Everyone left with a good grasp of the fact you might study medicine or engineering as your academic subject but still have an interest in visual arts and want to perform on stage too and that going to a university like Warwick that houses science labs, an art gallery and performance venues all on one campus, allows for and actively encourages each student to explore all of their interests and passions during their studies.

At the start of every Aspiration Day, we asked the schools a few questions – ‘do you know what a university is?’, ‘have you considered going to university in the future?’, and ‘what subjects would you expect to be able to study at university?’. There were always varying answers that ranged from classes who weren’t sure how to describe what a university is to others who already know that it could an option for their future but one overriding response was that it ‘has something to do with getting a job’. When I was their age, my dad was studying at the University of Edinburgh as a mature student and I always saw it as a mystical place where people quietly read dusty books in old stone buildings and ate bargain priced jacket potatoes in a busy little stone walled café. I never made a connection between university and real life. I knew that my dad was a writer and that his time in these old stone buildings was helping him to achieve that but I never saw writing as a real world job so couldn’t make the connection between the two. And this feeling seems to be as real today for these children as it was for me. The most consistent answer was that they believed university was only for more vocational, ‘real world’ subjects like law or medicine. Everyone knows that to be a doctor or a lawyer, university is a must but when it comes to other career paths, the route to get there isn’t so clear. It’s surprising to most that to be a policeman or manager or administrator or actor, a good education is just as important. Children need to know that university is an option for them, no matter background or interest – there is a university subject out there for everyone and it will be beneficial in any career path that they strive to follow.

As the groups wrap up for the end of the day, we ask them what they think of university now and if they would consider it for their future. Almost every single student replied in a positive manner. Of course, this could be that they want to please us by telling us what they think we want to hear, but even if just one or two students now think affirmatively about university in the future, we’ve made a difference. And with statements like ‘I want to be a mathematician now, that was awesome!’, ‘The Science guy was so cool, if I could do that everyday, I’d be so happy!’, ‘I’m going to study Chemistry at university now, it’s definitely not just for boys!’ and ‘I never thought I’d like to go to university but now I know there’s so much to do here, I think it could be fun!’, it’s clear that the Aspiration Day experience has undeniably opened their minds to new possibilities for their future and raised their aspirations as they take their next steps into their life in secondary school. 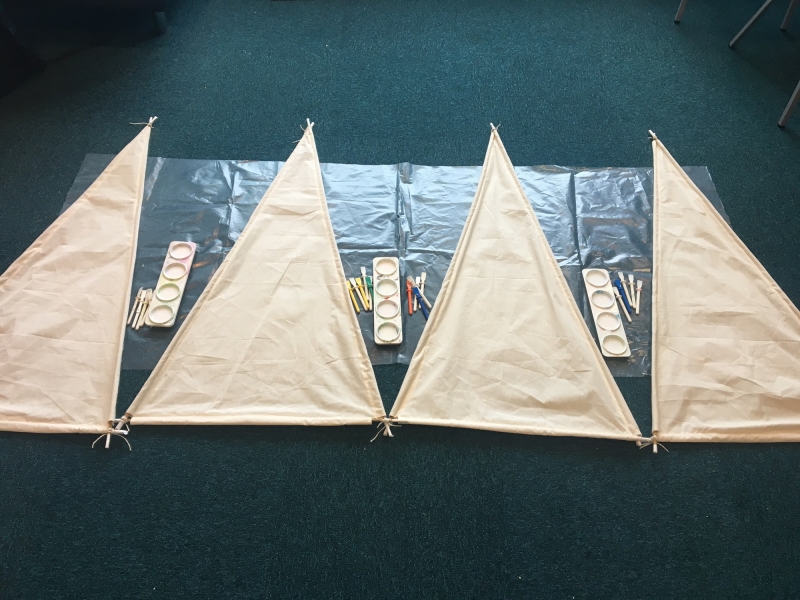 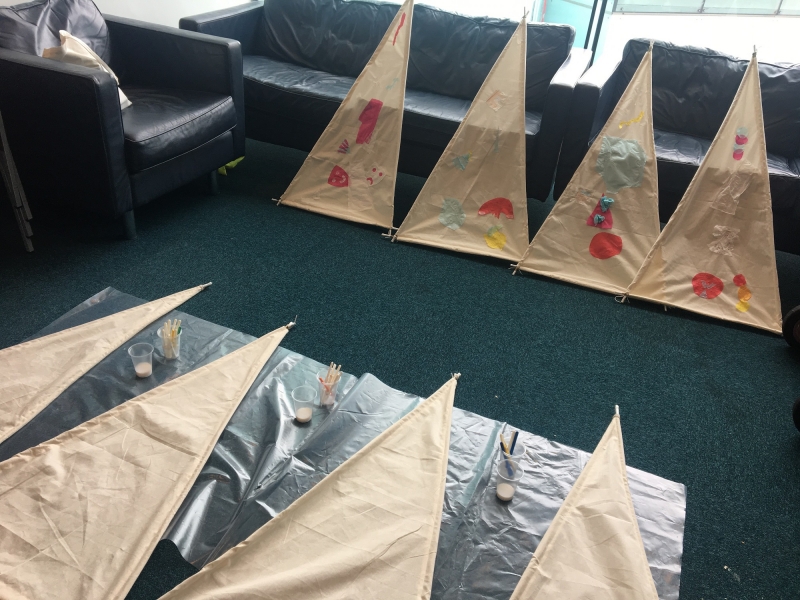 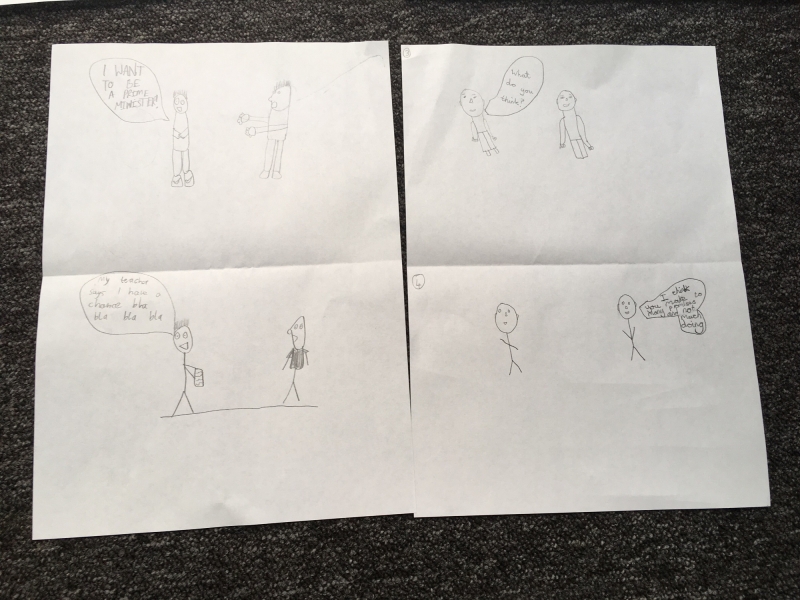 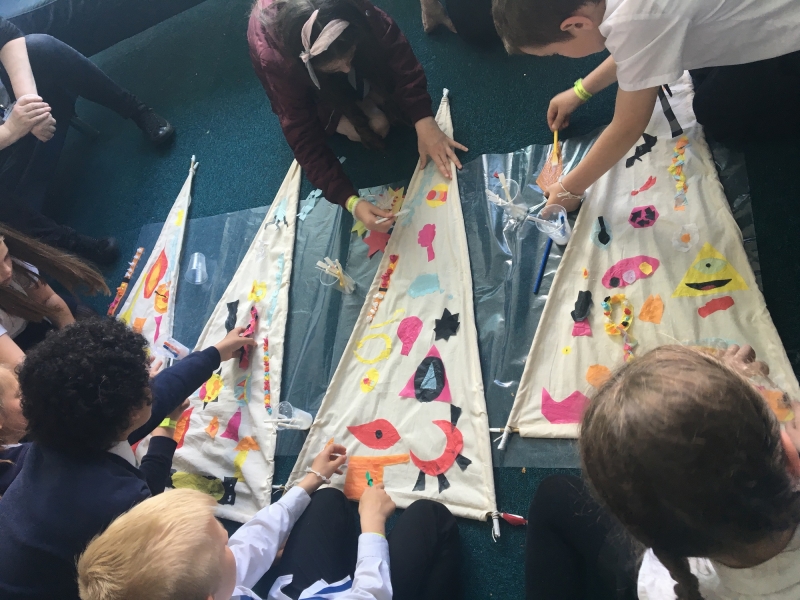 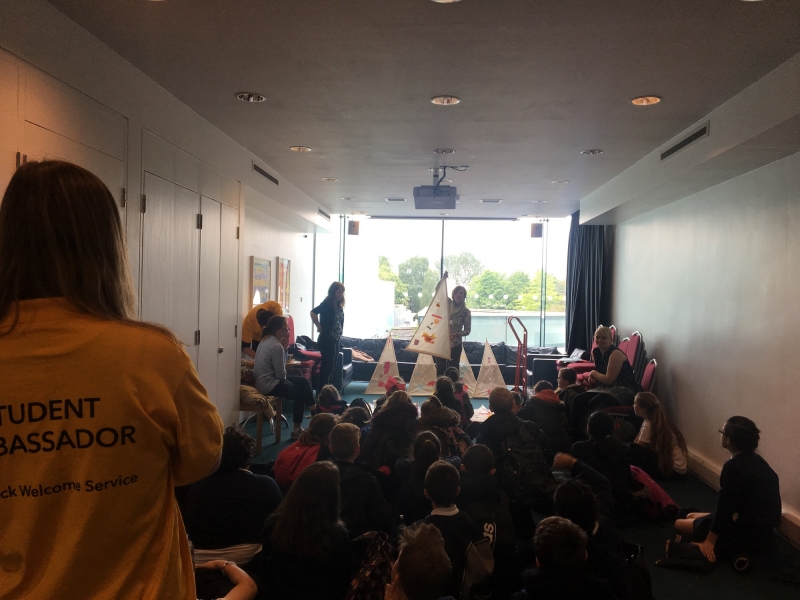 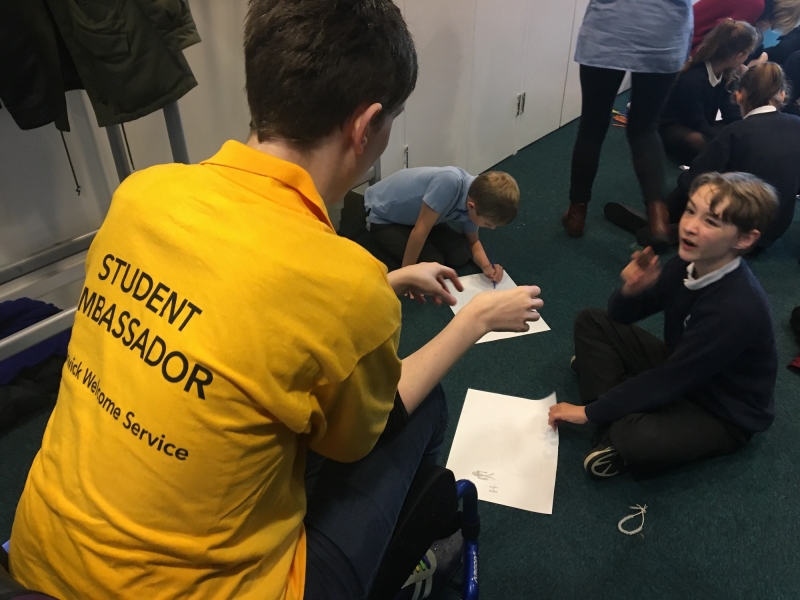 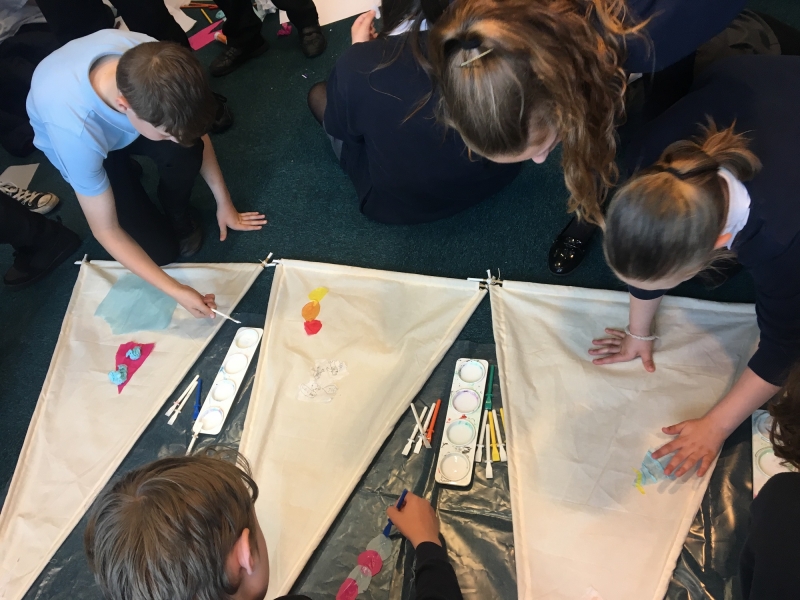 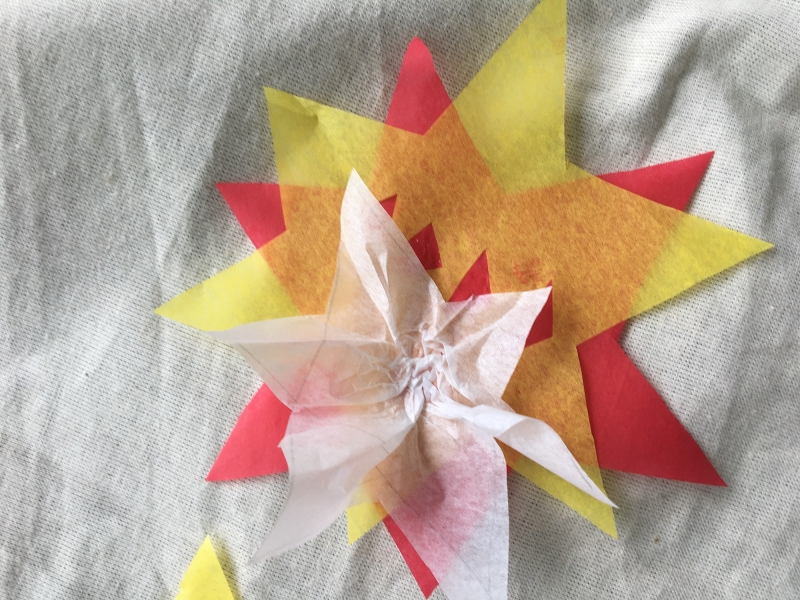 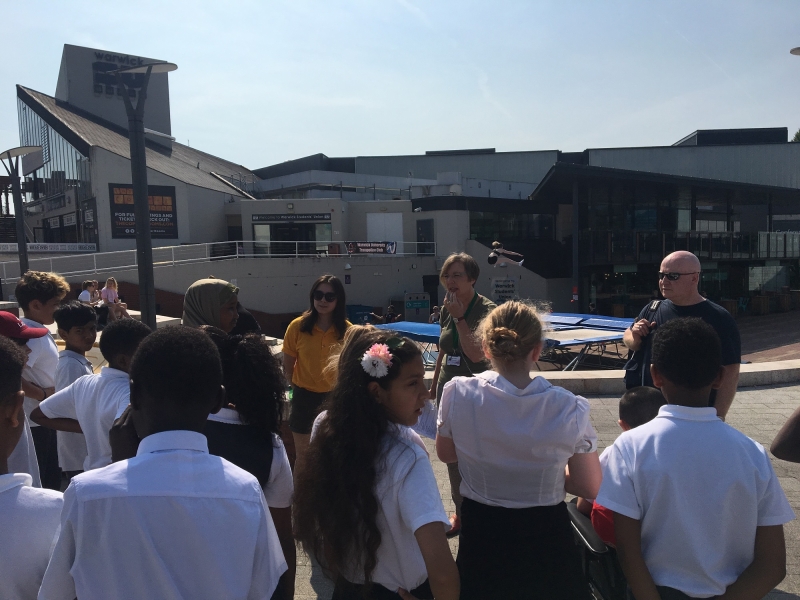 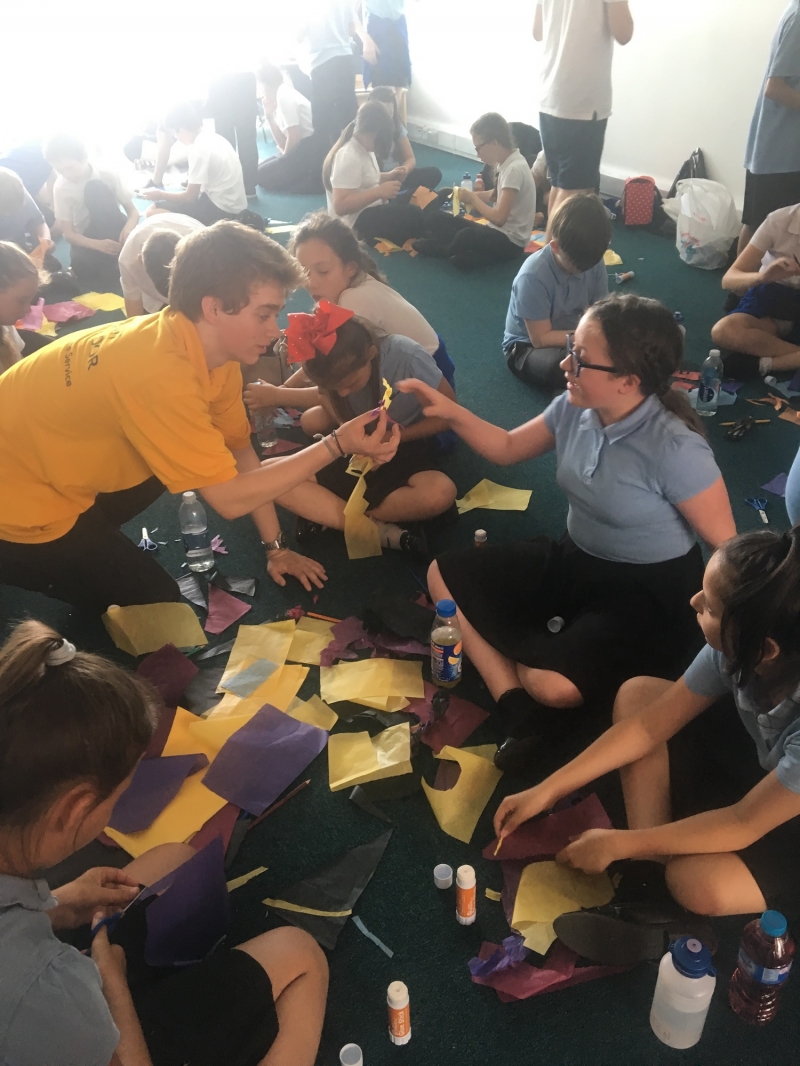 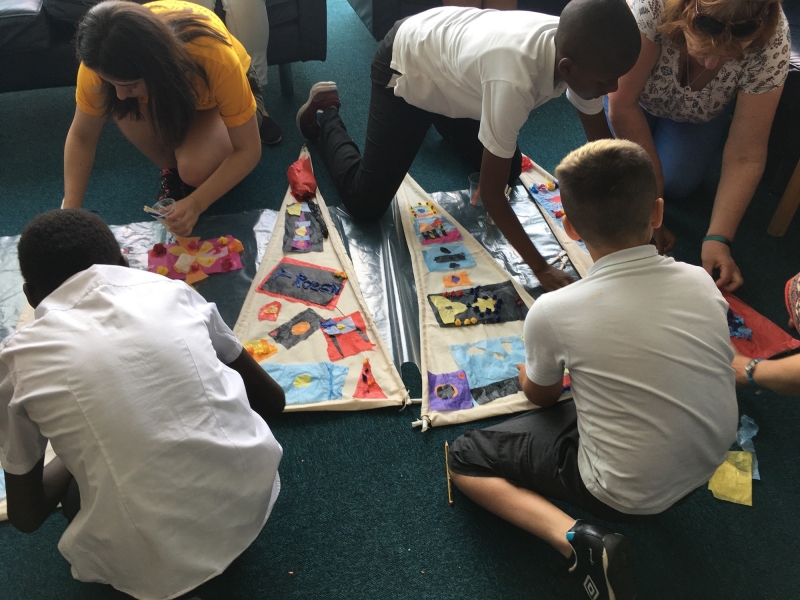 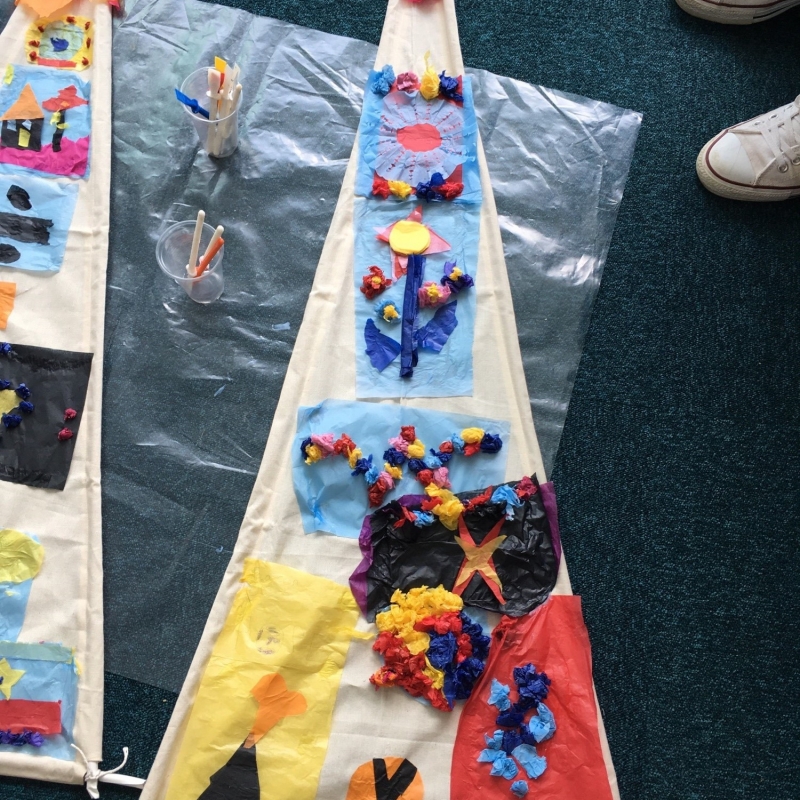 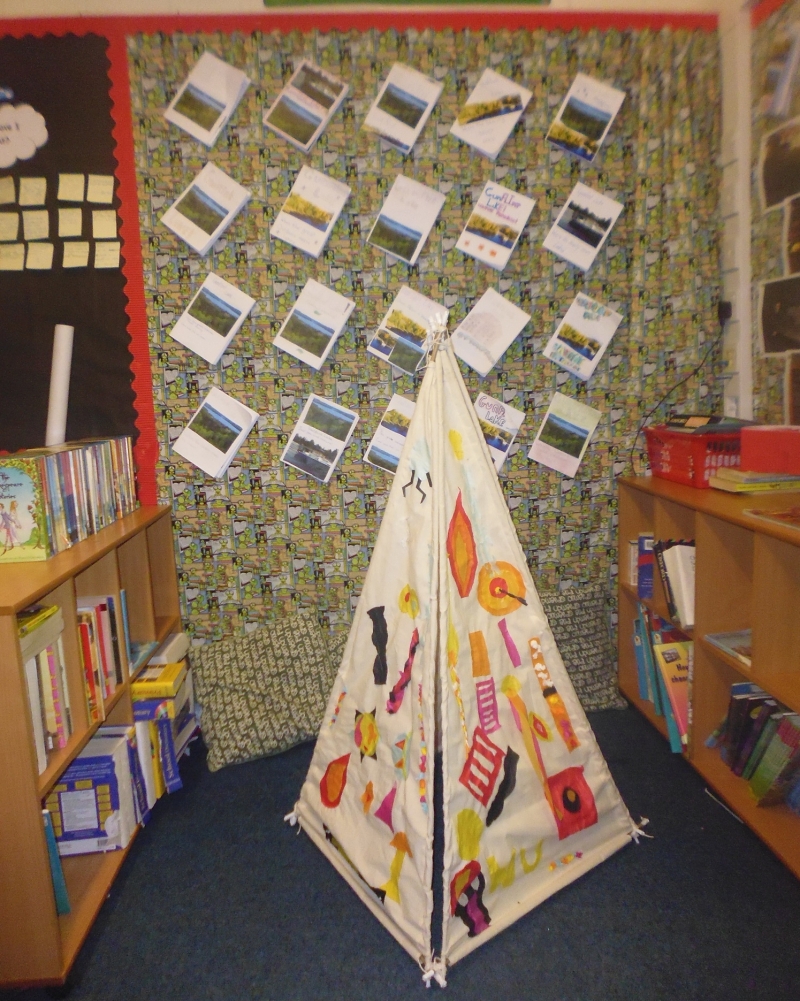