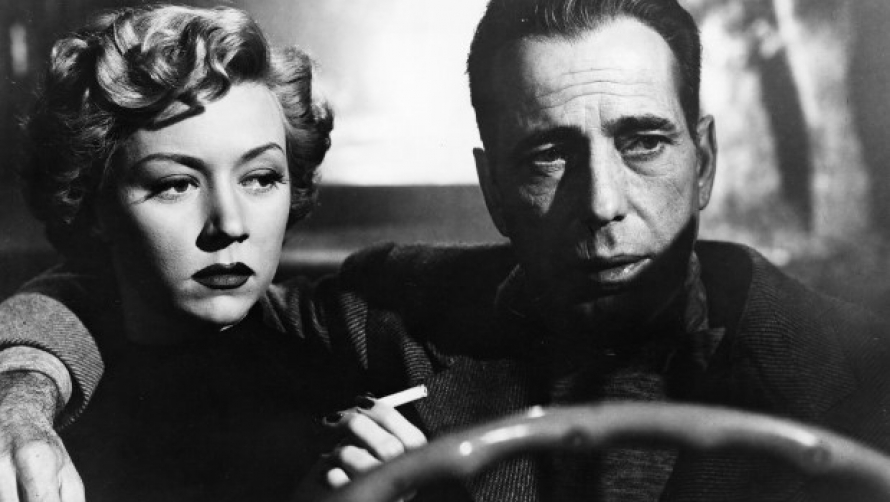 From a very young age, Gloria Grahame, was sexualised, seen as an object of desire, producers fantasized about her at times. And this is due to her physical appearance, but perhaps, more subtly, her allure as well. Was this sign of a predisposition for her to be the femme fatale she later became?

As a woman, she proved to be smarter than she would come across on the first impression. Her wit, though, was undeniable. I think this was part of her charm. This capacity to not show much, or mislead people by projecting, purposefully or not, an image of her that might have not reflected the truth about her personality. Her love life was very tumultuous as the men she married were usually unstable and cumulating several addictions. Even so, while married to Nicholas Ray, the line was crossed. She was caught sleeping with Tony Ray, Nicholas Ray’s son, when he was only thirteen years old. As if this wasn’t already enough, after divorcing his father, the actress later went on to marry her son in law.

Unfortunately, after a while her lips became partially paralysed because of the increasing amount of plastic surgery she went through. This had a negative impact on her acting performances as it diminished the range and intensity of her facial expressions, especially on camera. Noticing these behavioural patterns, it is possible to wonder whether the person she was the most ‘’fatale’’ to, is not herself.

Nonetheless, her talent was clearly demonstrated by her performance in The Bad and the Beautiful which, despite the fact that she was on screen for only nine minutes, earned her the Oscar for Best Actress in a Supporting Role in 1953.During the afternoon screening of In a Lonely Place starring Humphrey Bogart, we were able to witness, as an audience, the fact that her range as an actress revealed her to be more than just an attractive woman.