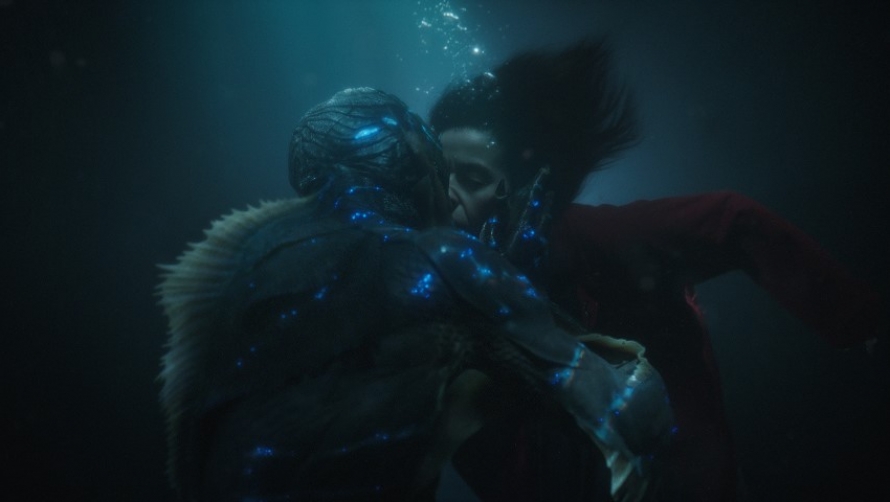 Once upon a time in 1960s America, Elisa (Sally Hawkins), a mute janitor, is employed at a top secret government facility. She finds potential salvation to her emotional and physical loneliness when, for the first time, she sees the amphibious creature held in captivity within the confines of this place. However, the days of this newcomer might be in danger.

Guillermo del Toro’s The Shape of Water carries, in its very matter, an air sweetness, bravery and authenticity, that could swiftly embark you on its flow. Even if this story is somehow surreal and dreamlike, we still want to believe in it, and especially the message it conveys. Because yes, this film is for the most part about a love story. A love story between two lonely beings, both apart from the crowd, both deprived from a voice, literally, and most importantly, both have this profound need to love and be loved. The sincerity and persistence of this desire are part of the ingredients that make this film a fairy tale.

This feature shows its audience, that sometimes, when words are missed, people choose to act in order to express themselves, and that at times, actions can prove to be more resonant than words.
It doesn’t take more than a minute of watching to acknowledge the attention that has been given to the material and visual details of the scenery within which the characters evolve and tell their story. More so, the blue and green colours are present in most scenes, which, one could speculate is a reminder of water.

This fable also has a political and societal touch to it. Indeed, it demonstrates that outcasts should not be persecuted, to say the least, and that they can be capable of surprising things, too. Alongside Pan’s Labyrinth, “The Shape of Water” is amongst del Toro’s best films.