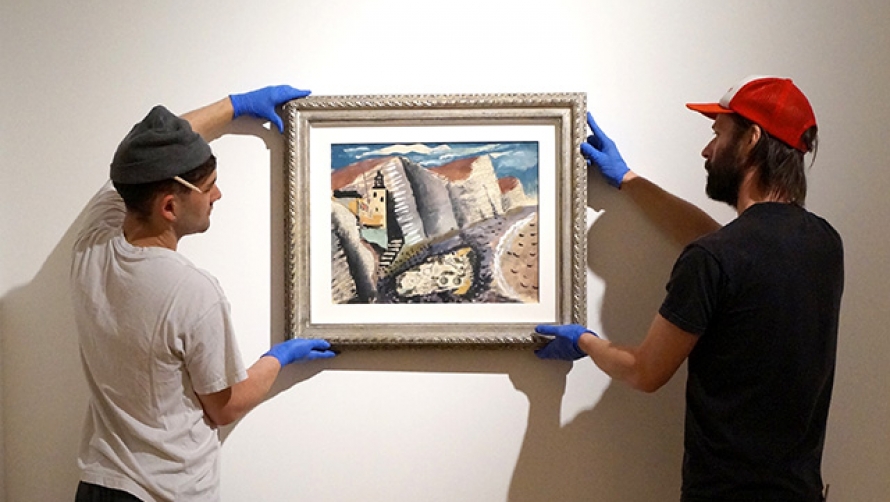 The exhibition is open daily from 12pm until 9pm until Thu 21 Jun – and is accompanied by a programme of exciting events and activities:

We look forward welcoming you to the gallery.

John Piper (1903-1992) was a major contributor to the artistic and cultural landscape of twentieth century Britain. Through landscape paintings and collages, photographs, abstracts, theatre designs and relief constructions, Piper expressed a sensitivity to the physical characteristics and atmosphere of his native land.

In this, the first major exhibition of John Piper’s work since 2003, is presented a selection of works including images of rural Britain, depictions of bombed-out churches made during World War Two and romantic landscape paintings.

Organised by the Mead Gallery in association with Tate Liverpool