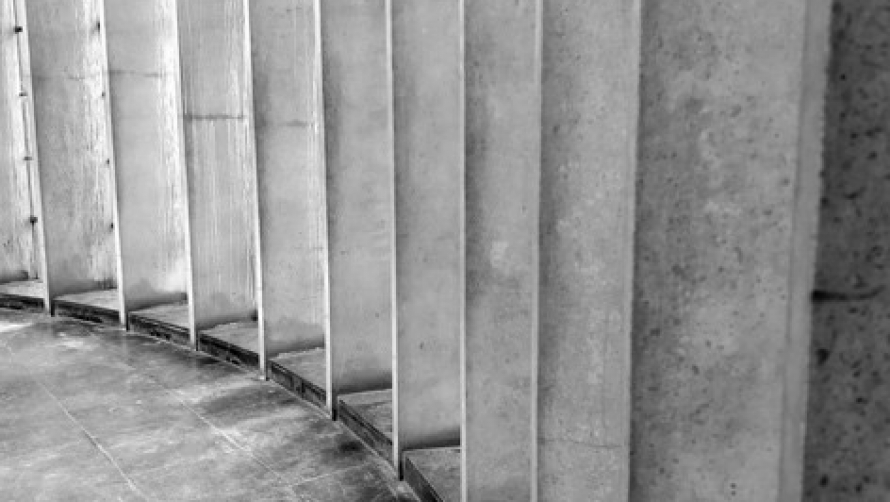 To look upon the remains of Coventry’s old cathedral today, nearly eighty years after its ruin in the Blitz, is to bear witness to a strange juncture between light and space. The perimeter of the structure remains and its architecture bears resemblance to the common medieval chapels which permeate the British landscape. Yet to step inside its walls is a far cry from the dark and cloistered experience typical of such buildings. The walls stand like a forest of bare tree trunks robbed of its canopy, exposed. In the absence of a roof, light streams in from the sky to illuminate the space where pews once stood. The sight is spectacular, yet uncanny. To see a building which should be familiar ruptured at its crown is somewhat unnerving. To look up, to see the sky, is to force us to confront history; to observe that same firmament from which the bombs of desecration once fell.

The reconstructed cathedral is somewhat inconspicuous, being nestled at a lower level to the original site. The interior is a modernist masterpiece. The cool grey concrete of the walls reflect attention so that the whole building induces a kind of meditative quietude. The monotonous grey is punctuated by vertical bars of light from stained-glass slits from which kaleidoscopic patterns stream in at geometric angles to form luminous patterns which criss-cross the interior. The main event of the cathedral towers above to the right of the nave where John Piper’s magnificent baptistery window stands. The prismed sunlight which refracts across the entire space in a colourful dance which, when combined with the solemnity of the concrete structure, creates a profound balance between absence and opulence; remembrance and hope.