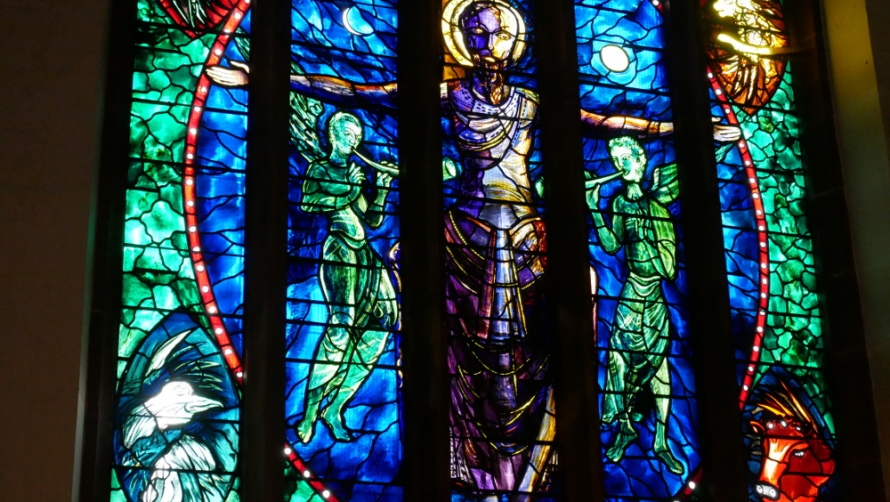 To coincide with Mead Gallery’s John Piper exhibition, which includes several works associated with Coventry, we step out of the gallery to take a look at some of Piper’s lesser known excursions into the West Midlands.

The Hospital of St John Baptist Without The Barrs dates from 1135, when a venue was built to provide food and shelter for pilgrims who arrived after curfew to find Lichfield’s city gates closed.

Initially run by a community of Augustinian brothers and sisters, its eight distinctive chimneys where added in the Tudor period when it became an almshouse and school.

The oldest part of St John’s, The Chapel has grown over the centuries from a simple rectangular stone building, with major developments in the 19th century and – in 1984 – a new East Window, designed by John Piper.

Executed by Patrick Reyntiens, the window references paintings and drawings of Romanesque sculptures Piper produced in Western France between 1955-1975.

One of the artist’s last major projects, it depicts Christ In Majesty – Christ as ruler of the world, flanked by saints.

With a Mercian cross behind the principal figure, off-centre, the four corners of the window feature symbols of the Four Evangelists: Matthew (Angel); Mark (Lion); Luke (Bull); and John (Eagle).

Beautifully bright, when the sun shines through, there’s a magnificent intensity to the clear glass segments in the central oval of the design. 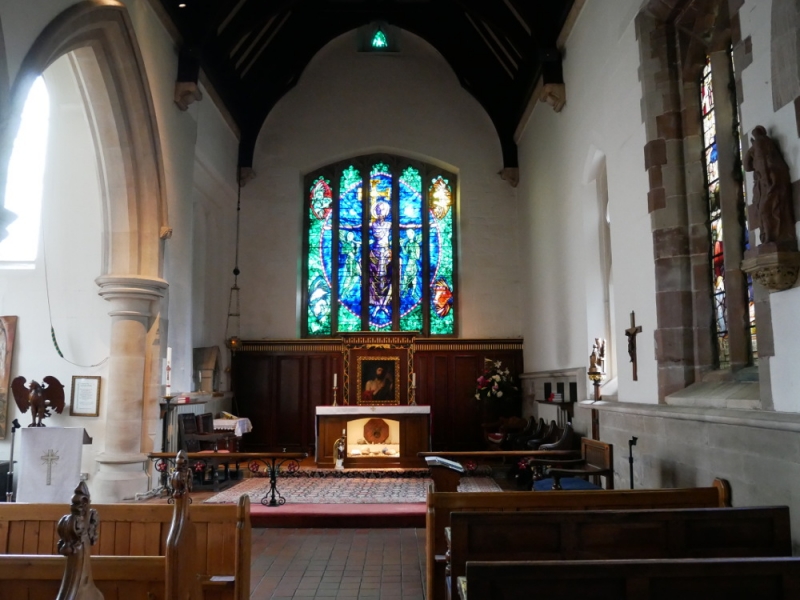 As part of a suite entitled Victorian Dream Palaces, dating from 1977, he produced a print of Wightwick Manor, Wolverhampton and also Warwickshire’s Ettington Park, six miles from Stratford-upon-Avon.

In the image, the then family home is dwarfed by the landscape, surrounded by deep swirling greens from all sides.

A grand residence built in a high Victorian / Neo Gothic style and Grade I listed, Ettington is now a luxury hotel with 48 bedrooms, a high class restaurant … and also (reportedly) ghosts!

A copy of Piper’s screenprint is held in the University of Warwick Art Collection.