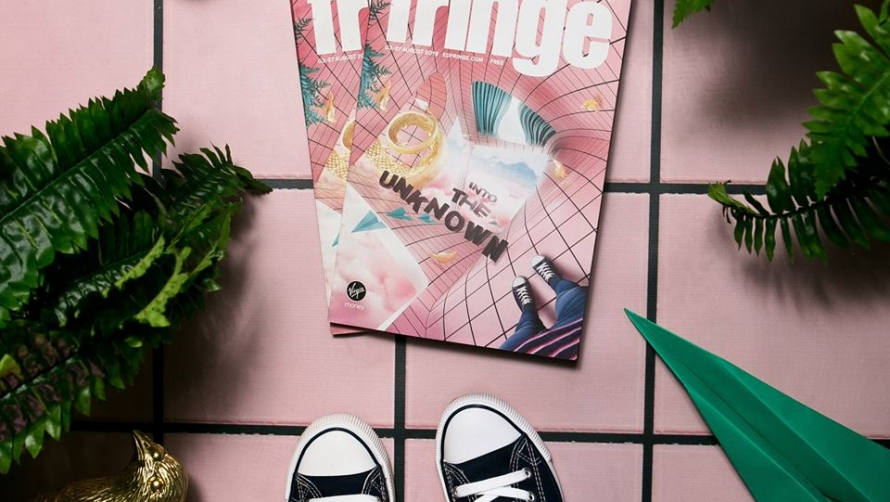 “What is it about Warwick?”, asked a Guardian article on some of the best theatre pieces of the Edinburgh Festival Fringe in 2015. Our students and alumni have continued to present new and innovative productions, and this year is no exception.

So many companies that formed on our campus and performed in our venues prepare to leap #intotheunknown as the Edinburgh Festival Fringe approaches. From new writing and comedy to improv and musical theatre, there is something for everyone this year if you are planning to be in Scotland this August.

Returning for their fifth year in a row, Music Theatre Warwick present audience favourite The Improv Musical, joined by the brand new wacky comedy for all ages, A Monster Musical! They are followed by alumni company Gigglemug Theatre’s debut show Timpson: The Musical, which hilariously explores the origin of the famous shop. If you are looking for laughs without music, Warwick Improv Society will perform Anything You Want, while Warwick Comedy Society will present two sets, Comics Sans Experience and Where’s The Trampoline?

Current student company Reactivists are back with their brand new show As It Happened (Contemporaneous Notes), composed by five writers who have worked collaboratively in response to socio-political events since the beginning of 2018. After a successful run at the University of Warwick, the newly formed The Blue Moon Theatre Company present Love on Blue Canvas, 1890, a heartfelt miniature of love spanning different centuries and art forms, and Good Bad Ideas will bring you down memory lane with the hilarious That’s So GCSE.

More original shows are presented by alumni, including Emma Welton’s international collaboration with Östgöta Nation Teater, Good Things Come to Those Who, and Feat.Theatre’s positive call to arms with mugs in hand, The Welcome Revolution. Angus Castle-Doughty’s company Icognito Theatre returns to the Fringe after last year’s sell-out run with their new gangster show Tobacco Road, and award-winning Breach Theatre restage the 1612 trial of Agostino Tassi for the rape of baroque painter Artemisia Gentileschi in It’s True, It’s True, It’s True, while the world premiere of searing monologue Roman Candle by Tom Fowler will have a short run after being part of the Royal Court’s Open Court 2016.

Finally, hear all about it in alumni online magazine The 730 Review, which will review student and professional shows alike during the festival.